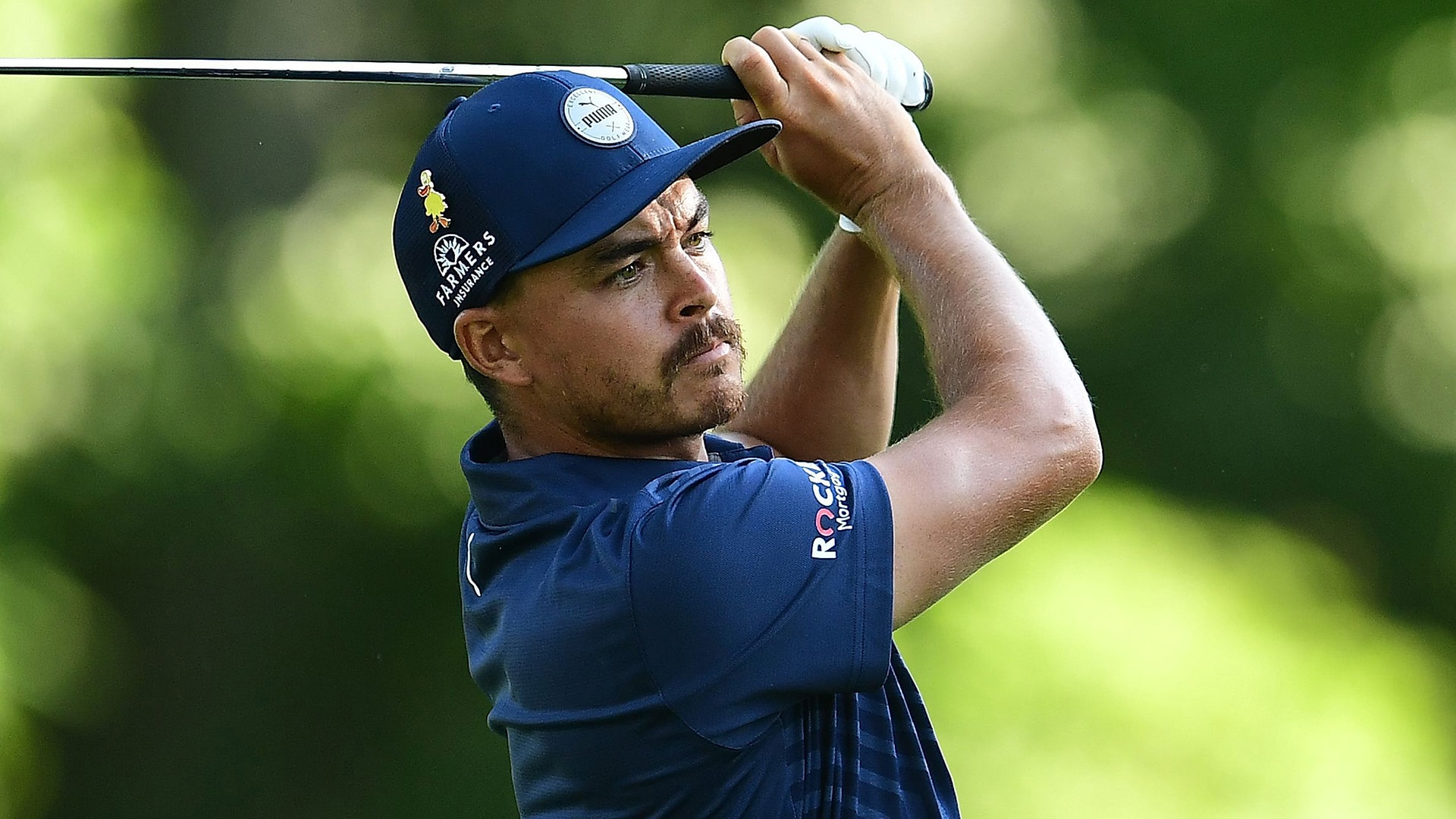 Rickie Fowler set the early mark to beat with a 64 at the TPC Twin Cities.

Fowler had a bogey-free opening 18 with seven birdies on his card that gave him a 65 at the TPC Twin Cities.  Storms rolled through the Twin Cities area just prior to noon (CDT) and played was delayed for two hours, 20 minutes.  Fowler had one hole to play, the ninth, as he started on the back nine.  A par at the 500-yard par four got him a share of the lead along with Troy Merritt and late-finishing Johnnie Vegas.

Fowler knows he needs a good week.  He’s currently 124th in FedEx Cup points and with just two events before the playoffs, he needs to move up off the bubble.

“I know where I’m at, what we need to do and stuff like that. Really just focusing on things we’ve been working on, playing more consistent good golf. More days like today and things will be fine,” Fowler said.

As for Merritt, he remembers coming to the course as a spectator when it hosted a senior event.  “It’s just a lot of fun. It’s great for the players, it’s great for the fans, you can make a lot of birdies, the scoring’s usually really low. So if you like shootouts, this is the golf course for you and you’re going to get another one this week,” Merritt said.

Scott Stallings looked like he’d have a great chance to shoot 62.  He was eight-under for his round and sitting in the fairway at the par five 18th with just 234 to the hole.  But he caught his second a bit thin and it hit the rocks that guard the front of the green and bounced back into the water guarding the hole.  His fourth went long into the deep grass behind the green and from there he took three shots to get in the hole and suffered a double-bogey seven that dropped him back to six-under and he finished with 65.

“It was nice to go out there and take advantage of the morning and put myself in position. Just like I did on 18, just mishit it, it kind of is what it is. Not going to let one bad shot kind of take away from how well I played,” Stallings said. “Anytime you make nine birdies and walk away, you feel pretty good and look forward to tomorrow.”

With the long delay, they didn’t finish the first round and some groups were still on the course when they ran out of daylight.

They’ll finish the first round early Friday then get started with the second.