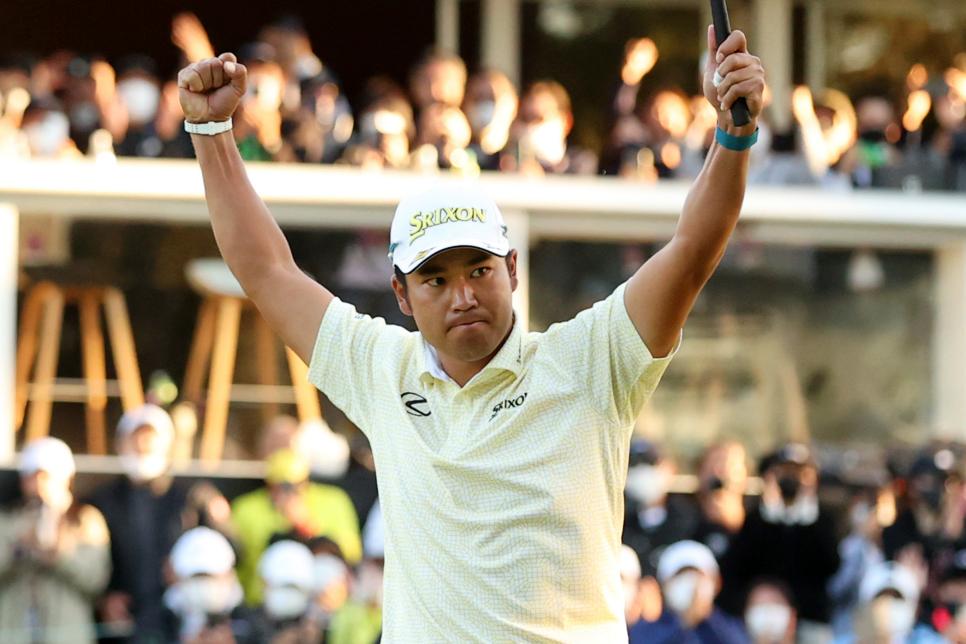 Hideki Matsuyama turned down hundreds of millions from LIV.

The PGA Tour is in the Land Of The Rising Sun this week where Japan’s Rising Son — Hideki Matsuyama — defends the Zozo Championship he won last year.

Matsuyama was low man at the Accordia Golf Narashino Country Club outside Chiba.  He shot 15-under par, thrilled the heck out of his countrymen and women who turned out in huge numbers to watch their national golf hero.

Matsuyama is a media sensation in the golf-crazed country.  And it is the reason that the LIV exhibition/circus series threw what was rumored to be an astronomical number at Hideki-san to join the ranks of The Defectors.

The number could have been much higher than the $200 million that was tossed at Phil Mickelson to become Defector-In-Chief.

Only problem is that Matsuyama, the 2021 Masters champion, is in position to reap around $600 million over the rest of his career in endorsement money from that victory.  So no, Hideki-san is in no need of Infidel money.

“I’m fully committed to the PGA Tour,” Matsuyama said this week as he prepares for the Zozo.  “I’m a member of the PGA Tour,” he said. “The players who left did so because they thought it was the right thing to do. So I can’t say anything about them. I am playing on the PGA Tour and I want to continue doing my best.”

Seems Hideki was also thrown the question about LIV and world ranking points.

“Personally, I think they should be able to,” Matsuyama said. “However, there’s a procedure that they have to follow, too, with the ranking points,” he added.

Hideki is typically short and to the point with his answers and he was to the point about his title defense:  “Winning is always the No. 1 goal, and hopefully I can do that here this week.”

Biggest question is his state of physical health heading into this week.  He’s been battling neck issues and has fallen to No. 19 in the Official World Golf Rankings, and with a certain young 20-year-old South Korean in the field, Hideki’s not the highest-ranked Asian player.

Tom Kim, with his victory last week in Las Vegas at the Shriners Children’s, has jumped all the way up to 15th in the world.  “He’s a global superstar in the making,” said his Presidents Cup captain, Trevor Immelman.

Indeed, Kim is.  He’s vastly different from the rest of the South Korean players.  He’s expressive and animated when he plays and loves to throw out a big fist-pump now and then.  His 18th hole birdie at the Presidents Cup that scored a win over the Scottie Scheffler-Sam Burns team evoked a massive team celebration.

Matsuyama and Kim are just two players in a pretty strong field this week.

Xander Schauffele is the highest-ranked player in the lineup, check in at No. 6 and No. 9 Collin Morikawa is playing.

This stop in Japan is the PGA Tour’s only Asian trip this fall.

Next week, the Tour is back in the U.S. for the CJ Cup at Congaree in South Carolina where Rory McIlroy (aka Defender Of The Faith) defends.