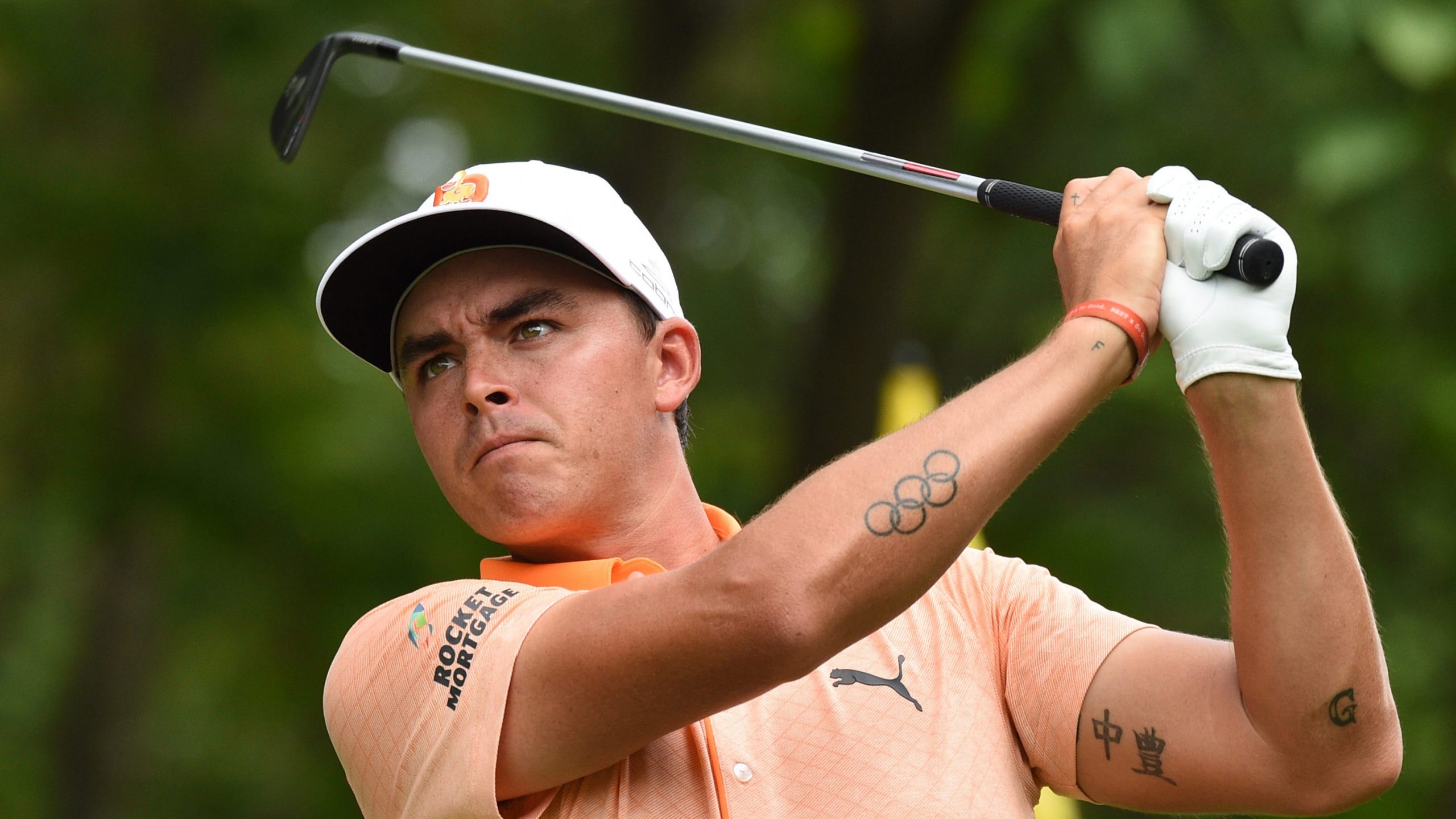 Rickie has has Japanese grandfather's named in Japanese script inside his left bicep.

Rickie Fowler, Collin Morikawa and Xander Schauffele stepped off the PGA Tour’s charter flight to Japan on Monday and returned the the country where all three can trace their ancestral roots.

All three of these high-profile Tour stars will have expectations surrounding them this week at the Accordia Golf Narashino Country Club outside Chiba, on the east coast of Japan where the Zozo Championship begins on Thursday, Wednesday night if you’re on our side of the International Dateline.

All have ancestors from Japan, giving the folks there in Chiba good reason to embrace them as their own, in a genealogical way.

Collin Morikawa is of Japanese and Chinese descent, a third-generation American, son of Blaine and Debbie Morikawa and is perhaps the brightest young star on the PGA Tour, the owner of two major championships at the tender age of 24.

Rickie Fowler’s grandfather is Yutaka Tanaka, who grew up in America and was inside one of those internment camps where Japanese citizens were sent during World War II.  Rickie’s bond with his grandfather is strong.  The script tattoo on the inside of Rickie’s left bicep (you can see it in the above photo) is his grandfather’s name, spelled out in the Japanese language.

Xander Schauffele’s mother was born in Taiwan, but was raised in Japan.  He has many relatives still living there.

All three are hoping for good things this week at the Zozo Championship.

For Rickie, he’s on the road to redemption — he came oh so close last week in Vegas at the CJ Cup, finishing third, three shots behind eventual winner Rory McIlroy.   “I had to take an unplayable lie, and then I had a couple three-putts,” Fowler said after a frustrating Sunday (71).  “Struggled a bit on the greens, with feel and speed. So really, all in all, you factor that in, miss a couple opportunities coming down the last couple, we’re only three shots back of Rory.  So a lot of good stuff.  Obviously disappointed, but this is a big step in the right direction, with where we’ve been in the last two years.”

For Morikawa, a solo second last week shows his game is in good shape, especially for this time of the year when a lot of big names are relaxing at home.  He blazed his way around his home course with a 10-under par 62 on Sunday, finished solo second and the great thing about this kid is that his game travels well anywhere in the world.  Fairways and greens are an international formula for success and Morikawa’s had a lot of it.

Schauffele was a big hit in Tokyo at the Summer Olympics.  He won the Gold Medal and all his Japanese relatives held a huge celebration.  He and his father, who also doubles as his swing coach, stayed with them during the games.  Schauffele wasn’t that sharp for most of last week but a Sunday 63 (T18) made for a more pleasant flight over the Pacific.

All three will share the pre-tournament limelight this week with one especially huge name — and that would be Masters champion Hideki Matsuyama.  His win at Augusta National Golf Club in April made him an instant national hero in his home country and the eyes of an entire golf-hungry nation will once again be focused on him.

Yet, the Americans with Japanese roots will no doubt garner some nice support in Chiba this week.

They are after all, through their heritage — Rising Sons.