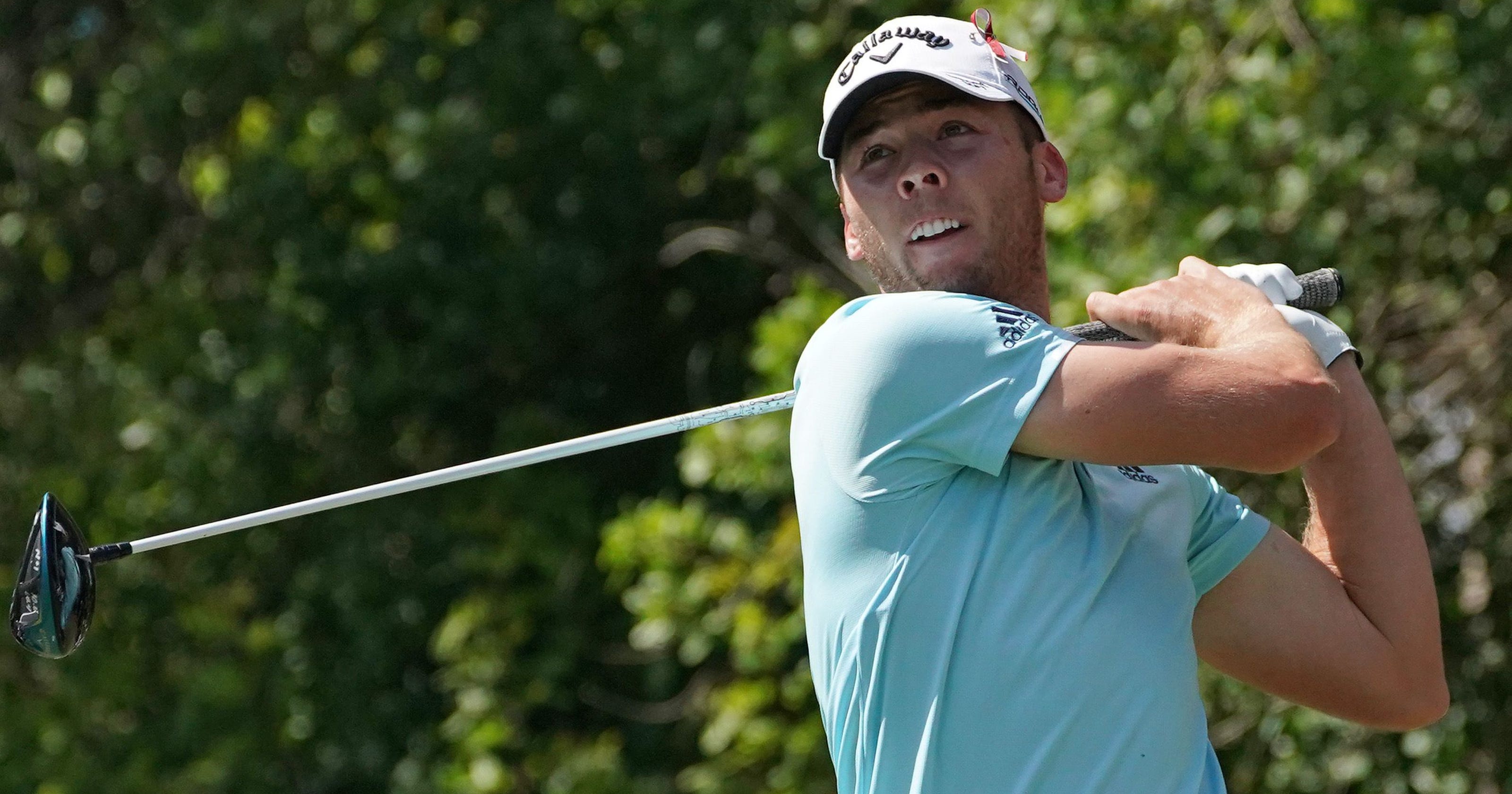 Sam Burns was the only player who had all the answers at Riviera on Thursday.

Riviera Once Again Proves To Be Both Tough And Demanding

Riviera Country Club sits just outside downtown LA. in the Santa Monica canyon.  For most of the year, it’s a stately playground for the rich and famous in LA-LA-Land but this week, the best of the best are once again trying to solve the complexities of this grass version of a Rubik’s Cube.

It is home to the shortest par five on the PGA Tour — the 10th, which can measure between 309 and 320 yards.  Only problem is that it’s a par four and one that yields double-bogeys faster than you can say Humphrey Bogart.

Things got off to a chilly, breezy start early Thursday.  The air temp was around 50 degrees with some wind blowing from the north and a bunch of guys had their wool ski caps on.  Those who started their day on 10 were more than happy to walk off one of the Tour’s five shortest holes with a par four on their scorecards.

Riviera has a way of beating up the best.  World number three, Justin Thomas, fell victim to it on day one, finishing with a 77 — a whopping six-over for the afternoon.  Distance-obsessed Bryson DeChambeau swung as hard as he could early and often and hit some drives that translated into trouble and by day’s end signed for 75.  Riviera isn’t the type of gal who is impressed by the long ball.

Long-ball Rory McIlroy wasn’t much better than Bryson.  He put a 73 on his card.  Collin Morikawa picked the wrong greens to switch to a “paintbrush” putting grip.  Something’s gone awry with his putting stroke and he joined Rory in the 73-crowd.

But there were players who made the best of it.  Sam Burns was the first round valedictorian.  He hit enough good shots, made enough birdie putts to shoot an eye-opening 64 — a whopping seven-under par that included a birdie-birdie-birdie finish down the home stretch of 16-18.  Nice work if you can pull it off but he’s the only man who could on opening day.  Still looking for his first career win, Burns made his hay late in the day on those closing holes.  “This golf course, at times, doesn’t offer you a lot of opportunities.  So I think with that mindset going in, we were just going to take what we could get.”  Burns found the getting better than the other 119 players.

One player who managed to get a lot was Tae Hoon Kim from the South Korean Tour.  He won the Genesis Championship on that tour and a new Genesis vehicle went with the title.  He won another late last year by winning his tour’s Order Of Merit.  As if two vehicles wasn’t enough, he picked up a third — a new Genesis SUV when he jarred a seven-iron at the 168-yard 16th in the afternoon.  That ace and an earlier hole-out from a greenside bunker for eagle at the par five 11th, were good for an opening 69.

There were a lot of eyes on Willie Mack III, playing thanks to the Charlie Sifford exemption.  Willie played well and opened with a one-under par 70 with a shot at making it to the weekend.

Burns was just two in front of Matt Fitzpatrick and Max Homa.  Another shot back was last week’s first round 62 shooter at Pebble Beach — Patrick Cantlay, who declared his game “in a good spot.”

But there’s one name that really jumps out at you in the group at three-under par 68 — world No. 1 Dustin Johnson.  D.J. birdied two of his last three holes for a 68 that has him smack dab in the hunt.

“You can’t ask for a course in better shape.  The greens are perfect.  It’s firm and fast.  This golf course plays really difficult when it’s firm and fast.  You have to be in the right positions or you’ve got no chance,” was how D.J. described what the field is up against the next three days.

Things will only get tougher with each round.  And as D.J. pointed out, you need to be in the right positions.

Otherwise, this grass Rubik’s Cube will eat you up.