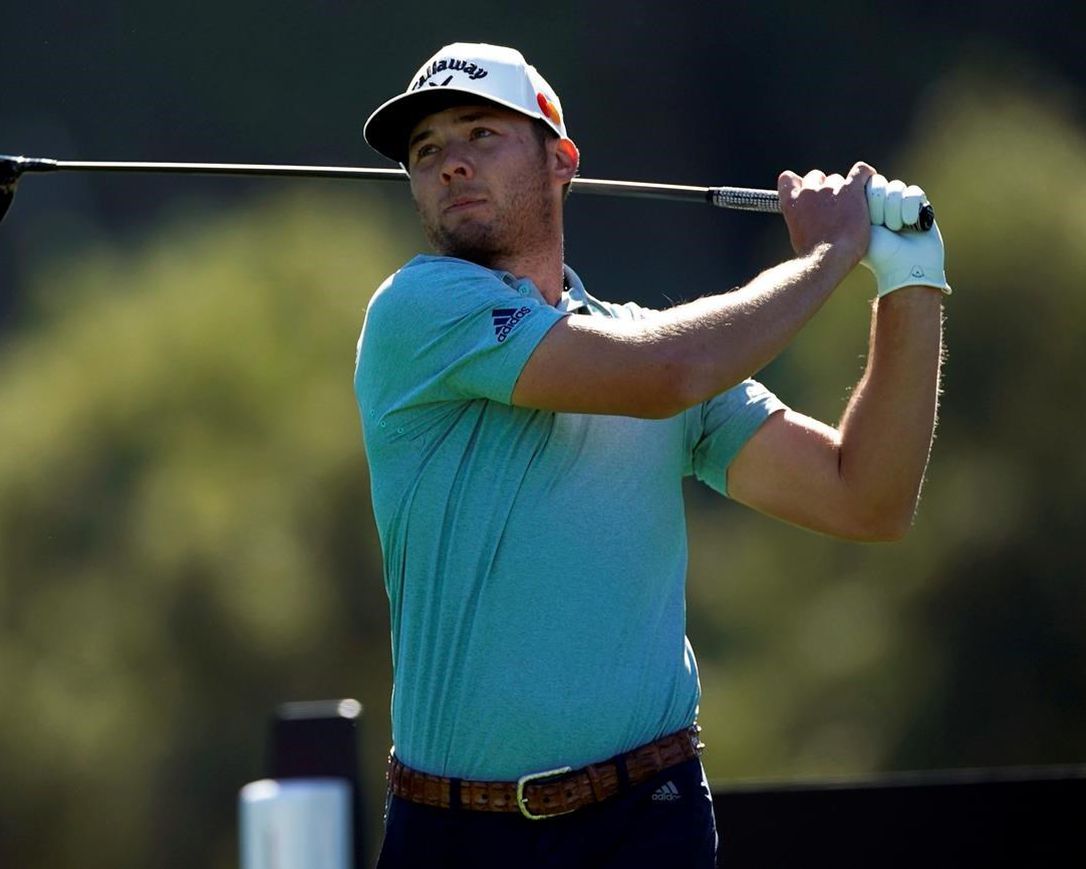 Sam Burns sits at 12-under par and tied the 36-hole tournament record.

Just to prove his Thursday 64 wasn’t a fluke, Sam Burns added a nifty 66 to his scorecard on Friday and tied the 36-hole tournament record at the Genesis Invitational.

At the halfway mark, Burns has handled difficult Riviera Country Club better than anyone in the field as he takes a whopping five-shot lead into the weekend.  The 24-year-old former LSU golfer is looking for his first victory and he has thus far handled Riviera like a veteran.  He went around his second round without a bogey.  He started early when temperatures were on the chilly side.

“It was cold early,” Burns said, but he didn’t cool off from his first round.  “I hit it pretty good and was able to convert the looks I’ve had (at birdie).”

Burns stands at 12-under par, 130, and will try and get that first victory this weekend.  Here’s how they’re lined up behind him:

Dustin Johnson (68-67):  You’re trying to get that first win and there’s the world’s No. 1 chasing you.  D.J. once again finds himself in position heading into the final 36 holes.   Johnson had just one bogey on his card and that came as the result of a poor drive at the second hole.  His driver was a little off on Friday, if he starts hitting most of the fairways, look out.

Tyler McCumber (67-69):  Beware the wounded golfer.  McCumber slammed his left index finger in a hotel room window and lost half of the fingernail on that digit.  At first he didn’t think he would be able to play but it was bandaged up and here he is.  “Riviera makes you forget about the pain,” McCumber said after putting himself in contention heading for the final 36 holes.

Joaquin Niemann (67-68):  After raising more than $2 million for his infant cousin’s medical treatment, it would be a great story if he were to go on and win on Sunday.

Max Homa (66-70):  This guy is starting to hang out at the top of the scoreboards more often.  He’s got skills and the will to win.

Wyndham Clark (67-69):  Does this guy have a deal yet with Wyndham Hotels?

Patrick Cantlay is in a large group at five-under par as he’s gone 67-70 for openers.  Hit a couple of wayward drives on Friday but is still right there.  He’s now ranked eighth in the world and fared better than a lot of the top 10 players in this field.

Justin Thomas (No. 3), was awful over the first two rounds.  He was out of sorts both rounds, shot eight-over and missed the cut, which came at even par 142.  Same for distance-obsessed Bryson DeChambeau.  Bryson shot 69 on Friday but still finished two-over par.  As for Rory McIlroy, it was his first missed cut since the Tour restart after the COVID-19 delay.

Willie Mack III, playing on the Charlie Sifford exemption, had a great start on Thursday.  He made five birdies on his way to a one-under par 70 but on Friday he went birdie-less, shot 76 and missed the cut.