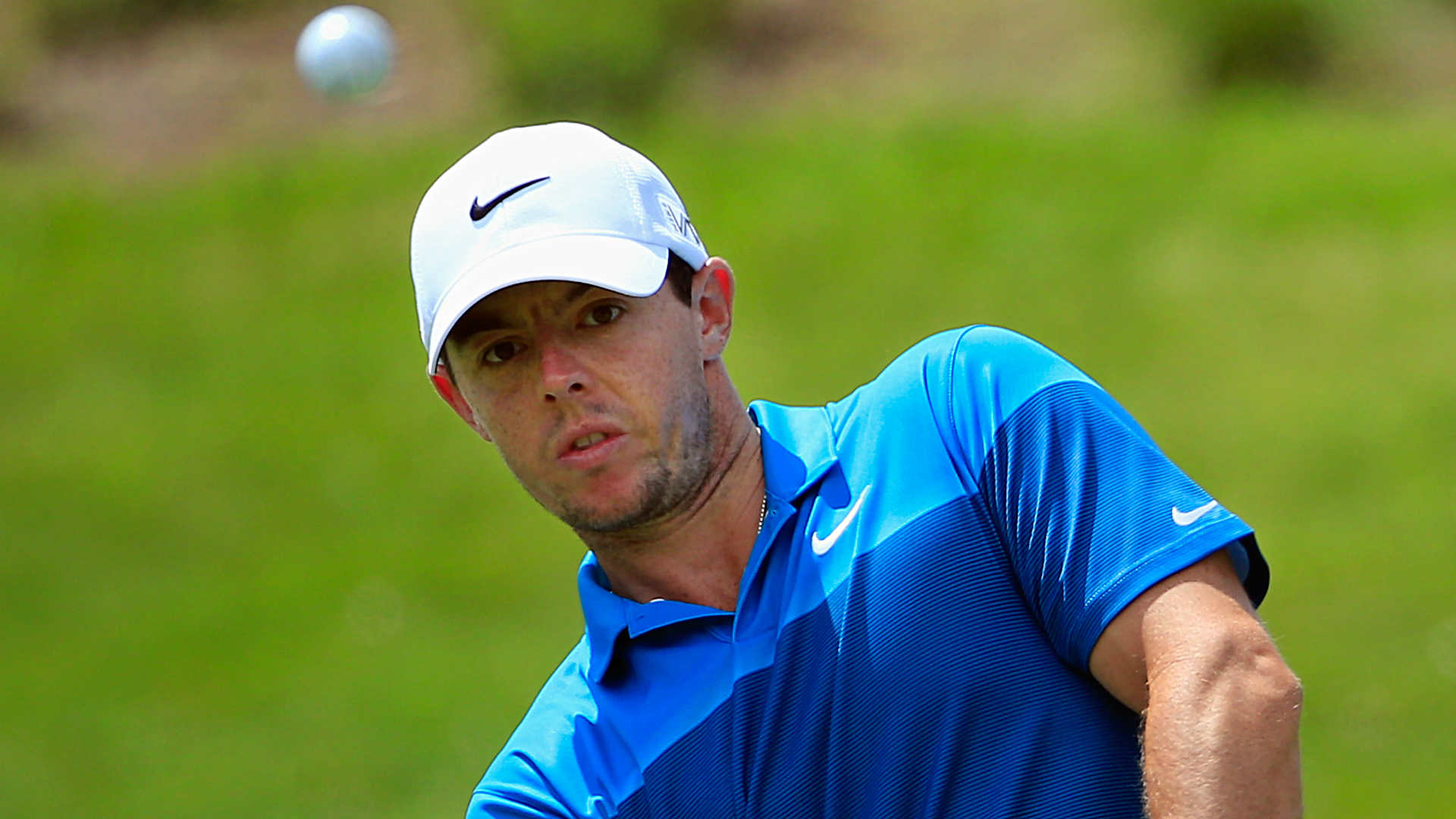 Rory McIlroy's 64 was the day's low round on Saturday.

Rory Makes His Move To The Top At Canadian

It was moving day at the Canadian Open and Rory McIlroy made the biggest move.

McIlroy put together a bogey-free scorecard Saturday at Hamilton Golf Club, shot a six-under par 64 and grabbed a share of the 54-hole lead.

“I can’t remember the last time I went without a bogey,” McIlroy said with a smile after his round. “I drove the ball much better than I did at the Memorial.  I stayed there after missing the cut and worked on some things, worked on my wedges.”

McIlroy was in at 13-under then watched as Webb Simpson finished with 67 and joined him.  Overnight leader Matt Kuchar’s 69 gave him a share.

Canada’s hopes on Sunday will be riding on Adam Hadwin, the country’s highest-ranked player.  Hadwin’s 67 got him to 12-under, tied for second with Shane Lowry (66) and Brandt Snedeker.  Snedeker, who shot 60 on Friday, cooled off considerably and shot nine strokes high with a 69.

Scoring was tougher thanks to more wind, firmer greens and tougher pin placement.