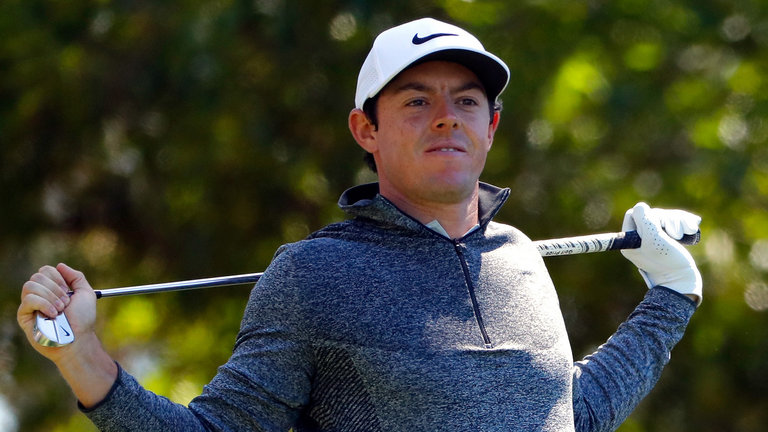 Rory McIlroy says he's good to go and ready to get back in the mix.

Rory McIlroy’s Back And Primed To Go In Mexico

“I didn’t expect the ball to go quite as far as it’s going,” McIlroy said on Tuesday, two days before the start of the first-ever WGC event in Mexico, the first of any big golf tournament in Mexico.

The Club de Golf Chapultepec (try saying that 10 times) is the place where the best of the best will gather at an altitude of 7,800 feet.

Thin air means awesome drives and world’s No. 2, McIlroy, will play the first round on Thursday with No. 1 Dustin Johnson and No. 4 Hideki Matsuyama.

McIlroy spent nearly 40 minutes bringing everyone up to date on Tuesday and he touched on these subjects:

Golf with President Trump:   “It’s not like we were speaking about foreign policy.  We were talking about golf out there.  I’ve played with other presidents — Clinton, Bush, you respect the office of the President of the United States regardless of whether or not you agree with everyone he says.  It was a surreal experience, put politics aside for a moment.”

On Tiger Woods:  “I had lunch with Tiger last week, just the two of us. Mentally he’s in a good place. Even if he plays eight to 10 times a year out here, that’s a bonus for us.  There is a point where we’ll have to move on without Tiger.”

On his injury and rehab:  “I started playing nine days ago.  The first 10 days after the injury, I didn’t do much.  Then I started putting and chipping.  My short game should be pretty good, no excuse for it not to be.  I’m excited to be here (Mexico) and I’m able to swing full speed without holding anything back. But I am being careful, making sure I’m warmed up.”

On watching other players win the past six weeks:  “It’s tough to be sitting at home watching these guys — D.J., Jordan (Spieth), J.T. (Justin Thomas), Hideki (Matsuyama).  Hopefully I can pick up where I left off.”

On The Masters:  “I haven’t thought much about Augusta.  Main thing is to get back out here, get ready for this week and get four rounds in.”

McIlroy went on to call this week’s venue “an old school test.”

He said at a new stop, no one has the advantage of local knowledge.

“Anytime you come to a new golf course,” McIlroy said, “it’s going to be a challenge.”