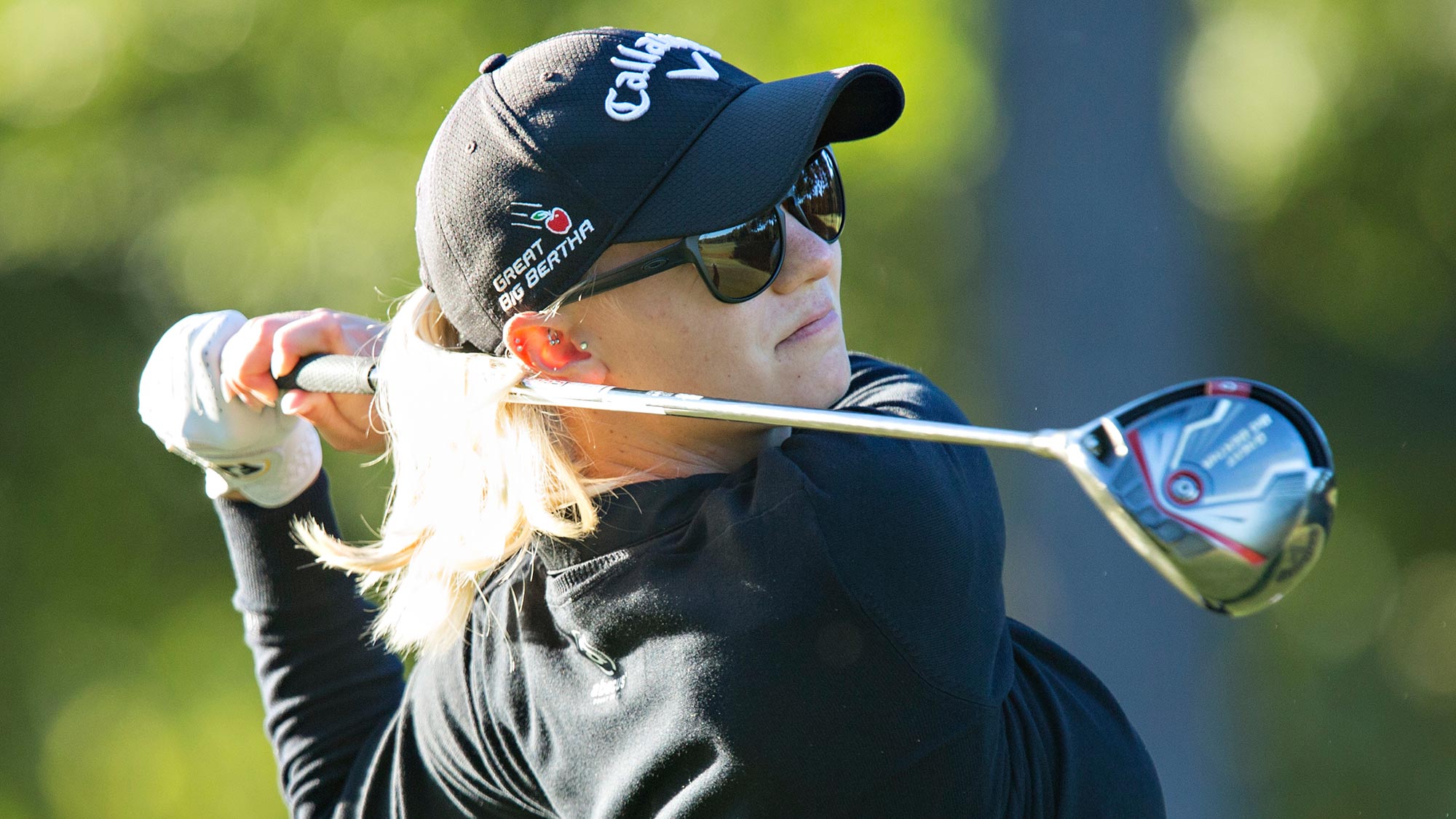 Madelene Sagstrom got her first LPGA win two weeks ago in Boca Raton.

Sagstrom Stays On A Roll; Ogilvy Emerges Down Under At Vic Open

There’s co-ed action Down Under this week at the Victoria Open — the LPGA Tour and European Tour have combined to play at the same time on the same course for the same amount of money.

The Equal Pay Open, aka, the ISPS Handa Vic Open heads to the weekend with Madelene Sagstrom looking for back-to-back wins while 2006 U.S. Open champ Geoff Ogilivy has emerged to contend on the men’s side.

Sagstrom added a 67 on Friday to her opening 65 and at 13-under par holds the lead going into the weekend on the women’s side.  She’s got a one-shot lead over American Ally McDonald, who sits at 12-under after rounds of 68-65.

“I think after my first win there definitely added confidence to everything, just knowing that I can compete out here, knowing that I can win on Tour,” said Sagstrom, who represented Europe at the 2017 Solheim Cup. “I think that is definitely helping me out. It’s also created kind of a little bit of a calmness; just okay, it’s going to be fine, it will all work out, it’s the beginning of the season<” said the newest winner from Sweden.

Both genders are taking on the 13th Beach Golf Club in Victoria, with many thoughts on the fires that have devastated the country.

Australia’s first winner of the U.S. Open has re-emerged on the men’s side.  There are very few recognizable names on the men’s roster but Aussie Geoff Ogilvy, winner of the 2006 U.S.  Open at Winged Foot, is tied for seventh after rounds of 67-67.  He’s 10-under and trails leader Robin Sciot-Siegrist of France by four shots.  Ogilvy, once a top 10 player in the world, has fallen all the way to 1,658 in the current world rankings.

Siegrist, who played in windy condition Friday afternoon at the Beach Course, has a 36-hole lead on the European Tour for the first time. after a blazing 64 on Friday to go with his opening 66.

“It was a great round,” he said. “It was similar to yesterday, I played really good golf and putted really well. Overall just a very nice round and everything is going great.

“In general, I don’t have many expectations. I’m just trying to do my job, like really do what I need to do on the course and during practice rounds and everything. When I’m playing, obviously there’s pressure and everything, but I’m just trying to do my best and we’ll see at the end.  There’s two more days, we’re only halfway. I played really good golf, hopefully it continues like that.”