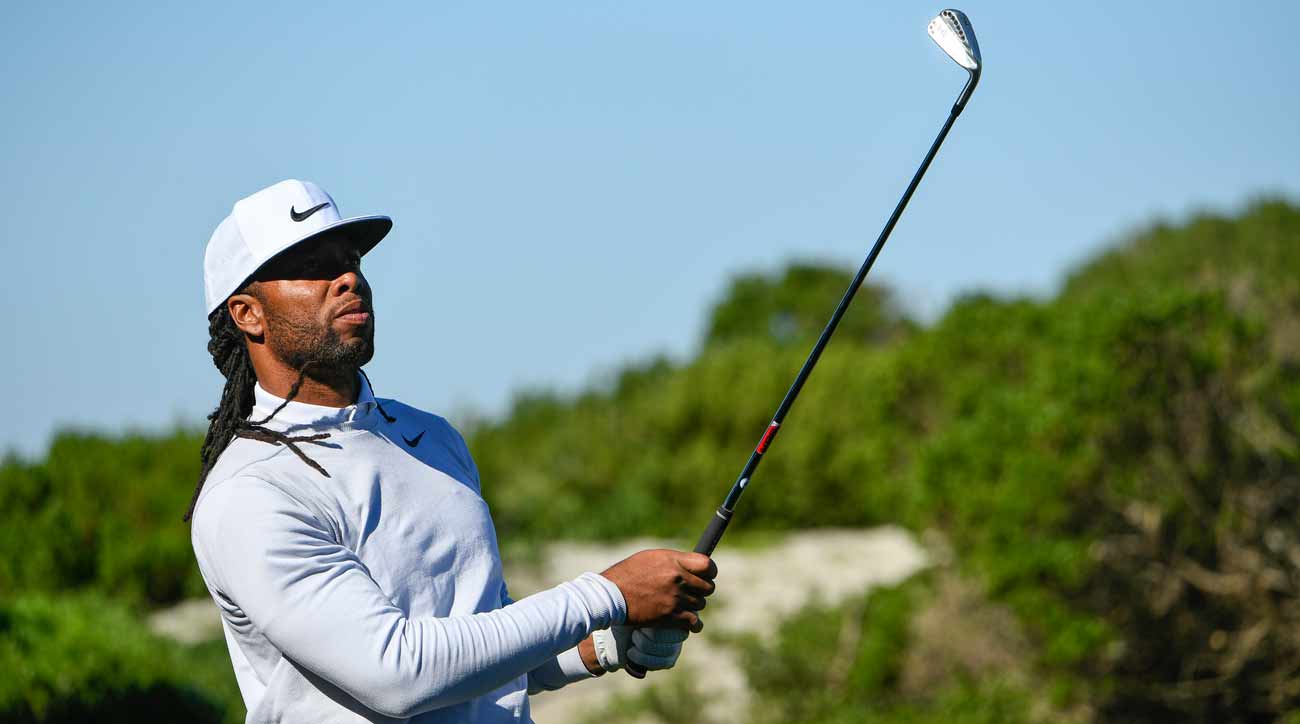 Larry Fitzgerald’s cover was blown back in 2018 when he and Kevin Streelman blew away the field to win the Pro-Am title at the AT&T at Pebble Beach.

They shot seven under on Sunday at Pebble and won easily.  Fitzgerald showed off some golf skills that looked pretty advanced for an eight-handicapper.

The All-Pro receiver for the Arizona Cardinals, one of the game’s best and a sure-bet future Hall Of Famer,  showed off his “traveling eight” again as the 2020 AT&T Pro-Am got underway Thursday.

Playing their first round at Spyglass Hill, not an easy venue, Fitzgerald and Streelman combined to shoot an 11-under par 61, perhaps sending a message that they intend to be in the winner’s circle again on Sunday.

Streelman wasn’t that spectacular  — he shot 69 on his own ball which means Fitzgerald cut him by eight shots.  A pretty good afternoon’s work for Larry.  That start gives them a leg-up on making the 25 teams that survive to play on Sunday for the Pro-Am title.  On Saturday, most teams will be sent home and just 25 lucky amateurs get to make a second trip around Pebble Beach.

Fitzgerald is a world class athlete who has taken quickly to the game.  He’s the only African-American amateur to win the event.  He also showed the importance of getting enough strokes in this competition.

Tony Romo is the best of the celebrity amateurs in the field.  He’s a scratch player, meaning he gets zero strokes.  Romo is playing with Jim Furyk and it wasn’t a good day for Furyk or the team.  Furyk shot a two-over par 74 at Spyglass and Romo was only able to help out on three holes.  Their team score of 69, three-under, puts them so far back in the field it’s pretty much a given they won’t be around for Sunday.

Thursday was a perfect day for scoring with very light winds, sunshine and moderate temperatures.  On Friday, Streelman and Fitzgerald head over the Monterey Peninsula Golf Club where Canadian Nick Taylor shot 63 to take the first round lead.