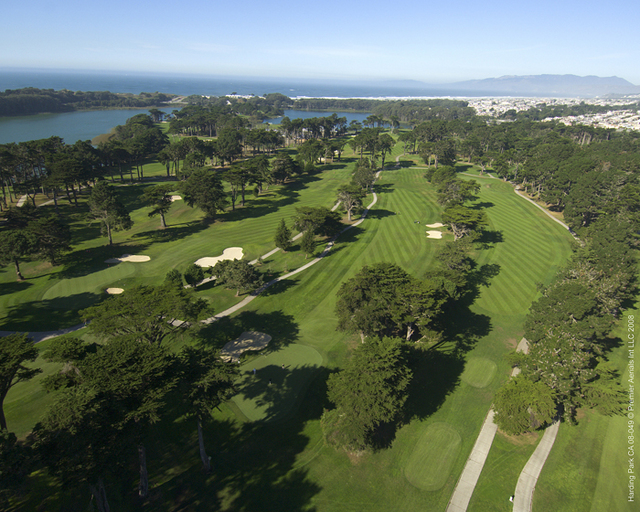 For now, Harding Park is still in PGA "prep mode."

Our professional sports have been shelved, and another big domino has finally fallen out there in San Francisco.

Late Tuesday, the PGA Of America finally realized there would be no miracles and called off the season’s second major championship.

On Monday, six counties in the Bay Area were given the “shelter in place” order.  It basically says residents must stay inside and away from others for three weeks.  Residents of San Francisco, Santa Clara, San Mateo, Marin, Contra Costa and Alameda counties are restricted from all “non-essential travel.”   The order tells everyone not to travel, basically, by any means and that includes walking, biking, scooters, cars and public transportation.  Most will be forced to close until at April 7 at the earliest.

At first, the PGA Of America was pretty mum,  issuing this somewhat lame statement:

“While no decision has been made concerning the upcoming PGA Championship (May 11-17), PGA of America leadership remains in close coordination and communication with representatives from San Francisco and California, evaluating plans on an ongoing basis with the health and well-being of all involved as the highest priority.”

The White House has been burning the midnight oil, on Monday, President Trump said the crisis could extend into July or August and that Americans could be well served to practice social distancing as an ongoing effort to battle the virus.

San Francisco mayor London Breed announced on Monday a requirement for city residents to stay home “except for essential needs” for at least the next three weeks, the tournament at Harding Park remains on the calendar at this point.

One huge event that was scheduled the week before the PGA Championship is looking to reschedule.

The 146th annual Run For The Roses was set for Saturday, May 2.

Now it’s off, marking the first time since 1945 in won’t be run on the first Saturday in May.

“We believe that moving our iconic event to Labor Day Weekend this year will enable our country to have time to contain the spread of coronavirus,” Churchill Downs Inc. CEO Bill Carstanjen said. “This will also provide our guests more time to reschedule their travel and hotel arrangements so they can attend.”

Finally, Seth Waugh saw the light and pulled the plug, following the lead of the PGA Tour when it shut down The Players Championship after two rounds then The Masters when it called off the 2020 season’s first major.

In a statement, PGA CEO Seth Waugh said he hopes the PGA, originally set for May 14-17, can be rescheduled this summer, “when it is once again safe and responsible to do so.”

“This is a reflection of a thoughtful process,” Waugh said. “We are and have been working in concert with commissioner Jay Monahan and our partners and friends at the PGA Tour to find an alternative date that works for all. We are very hopeful for a great outcome.”

So let’s see — The Masters is hoping to find a fall date and now the PGA Of America is hoping to do the same.

Good luck with that.

The United States Golf Association is now on the clock.

The U.S. Open is scheduled to start at Winged Foot in Mamaroneck, New York on June 18.