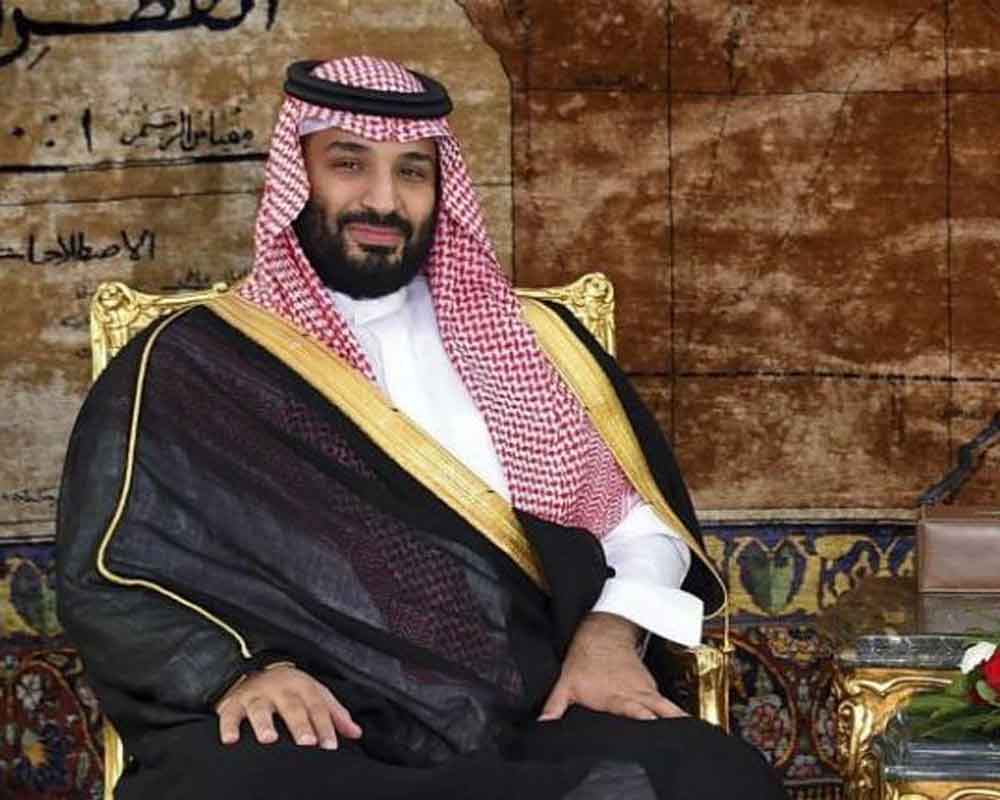 The Sheriff Of Nottingham (aka PGA Tour Commish Jay Monahan) can’t be all that happy now that the real sponsor of the controversial Saudi Invitational has been unveiled.

For quick review, last month the PGA Tour with the nod from The Sheriff granted waivers to Dustin Johnson, Phil Mickelson, Bryson DeChambeau and Xander Schauffele, among others, to play in the event in Saudi Arabia the week of February 3-6, same week as the AT&T Pebble Beach Pro-Am.

Now that The Sheriff gave the nod, the tournament has unveiled its title sponsor — The Public Investment Fund of Saudi Arabia.  Thank-you notes went out to Crown Prince Mohammad bin Salman Al Saud.

So now that the Saudis have gone public with their Public Investment Fund, it’s not a far-fetched exercise to fathom that said Public Investment Fund could be a big backer of the proposed Premier Golf League, where Greg Norman has been named as its “Sheriff.”  You may or may not have heard that said Premier League will try and lure players from both the PGA Tour and DP World Tour.

With that in mind,  what should be even more alarming to the suits and ties within the PGA Tour’s palatial stronghold in Ponte Vedra Beach is that more big names have been added to the Saudi International field including Tony Finau, Patrick Reed, Matthew Wolff, Cam Smith, Marc Leishman and Lucas Herbert.

Here’s where things get a bit laughable.

By granting the aforementioned waivers, it sure as heck sounds like a dangerous precedent has been set by the PGA Tour.

Of course, in its infinite wisdom, The Sheriff (Of Nottingham) had this language in the memo to PGA Tour players regarding their Saudi International waivers:

“We do not consider the decision to grant these conditioned releases to be precedent setting.”

But memo to The Sheriff Of Nottingham:  It’s not what you consider precedent setting, it’s what a man in a black robe might consider “precedent setting” should this stuff one day end up in courts.

So when you look at all the players getting those “waivers” it sounds like The Sheriff Of Nottingham (aka Tour Commish Jay Monahan) has come a long way from his proverbial line-in-the-sand when he declared “It’s either them of us.”

So basically the Saudis went out and bought themselves an existing tour and that would be the Asian Tour.

This Saudi event used to be a European Tour event.  A year ago, 23 PGA Tour players took part in the event. Who knew players would be falling all over themselves to play on the Asian (Saudi) Tour.  That 2021 event was played opposite the Phoenix Open.  Phoenix has never been without an interesting field.

That may not be the case for the AT&T when it rolls around the first week of February.

That event has had a tougher time drawing big names — mostly due to the pro-am format and the penchant for five-hour rounds.  You can bet this year’s AT&T will be packed with guys fresh off the Korn Ferry Tour, a bunch of Champions Tour guys and guys who typically don’t get into regular Tour events.  Hey, does anyone have Charlie Beljan’s cell number?

So there will no doubt be more big names in Saudi Arabia that week than at Pebble Beach.

But remember, The Sheriff Of Nottingham deemed those waivers not to be precedent setting.

Somewhere across the wide ocean, over the sands of the Middle-East deep inside his palatial digs, Crown Prince Mohammad bin Salman Al Saud is having a good laugh.