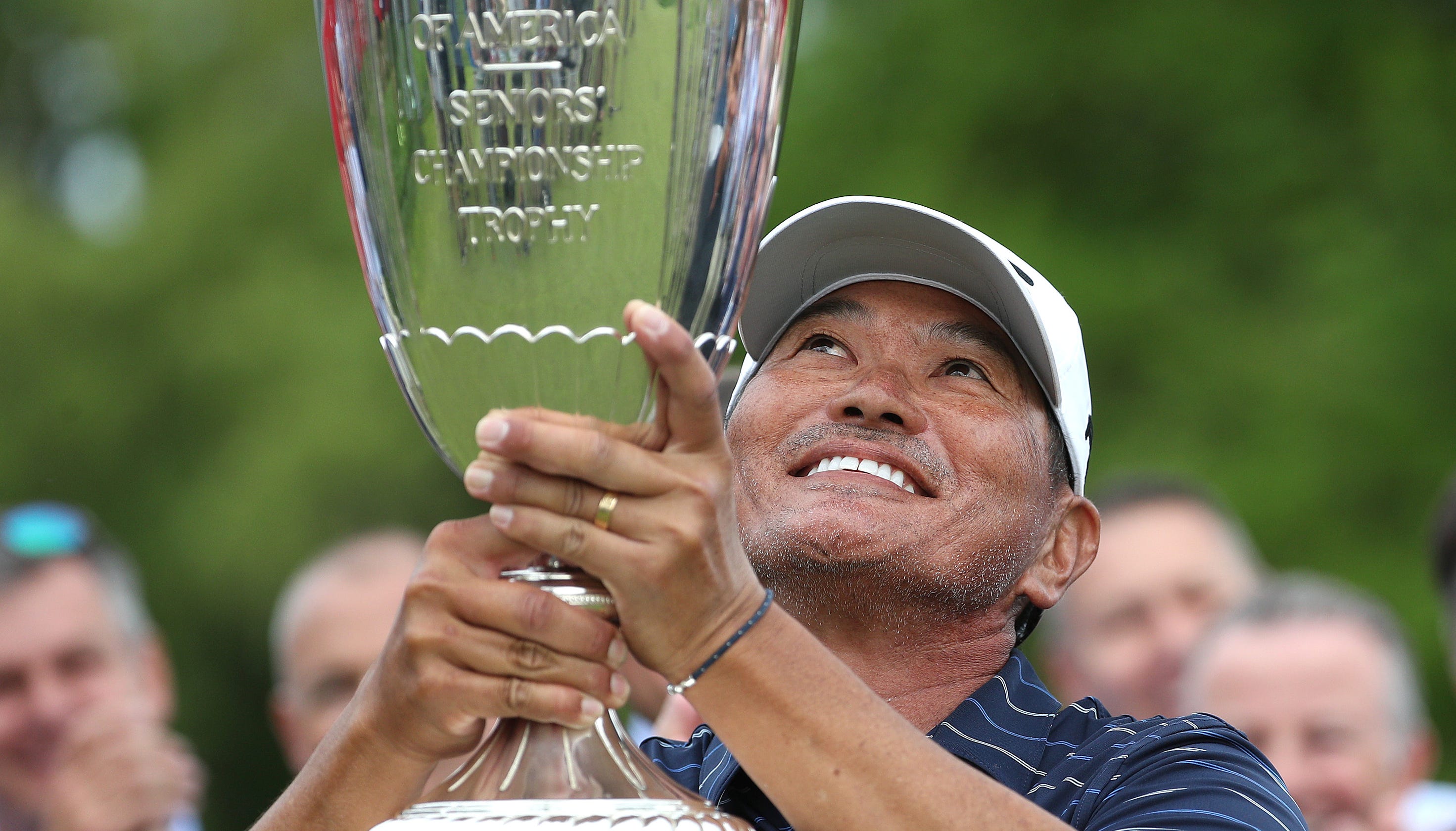 Ken Tanigawa was the surprise winner of the 2019 Senior PGA Championship.

Another one bites the dust.

On Thursday, the PGA Of America announced that there will be no Senior PGA Championship this year.

The Senior PGA was scheduled to be played May 21-24 at Harbor Shores Resort in Benton Harbor, Michigan.

The PGA Tour had previously canceled or postponed four events, including the senior season’s first major — the Region’s Tradition.  The Tradition will try and make a go of it Sept. 24-27.

The Senior PGA will return to Harbor Shores in 2022, the PGA said. Next year’s championship will take place May 27-30 at Southern Hills Country Club in Tulsa, Oklahoma.

The LPGA didn’t waste any time finding a new date for its 2021 Qualifying School.

The first stage was supposed to be played in California from Aug. 20-23. It’s being moved to Plantation Golf and Country Club’s Bobcat and Panther courses in Venice, Florida, and will be played Oct. 12-15. A third course will be added to the first stage.

The second stage, originally scheduled to be played in Venice in October, will be moved to November with the course and dates yet to be announced.

The final stage, Q-Series, won’t be played at Pinehurst as originally scheduled but will be moved to a new location in December, with the site and exact dates still to be announced. Also, Q-Series will be shortened from a two-week event to a 90-hole, one-week event.

The Corona Virus has hit the PGA Tour hierarchy in Ponte Vedre Beach.

Ross Berlin, the Tour’s senior vice president of player affairs, revealed that he has tested positive for the Corona Virus.

“I wanted to personally inform you all that I have tested positive for COVID-19,” Berlin said in a statement.  He was tested on March 28 and provided the results earlier this week.

Berlin came in contact with several Tour players on March 13, the day after the Tour canceled The Players Championship after one round.  He also said that Tour medical advisor Dr. Tom Hospel told him his interactions were outside of the 14-day incubation period for the virus.

Unfortunately, Berlin added that he has had some interaction with a few Tour staffers and one player during that time frame.