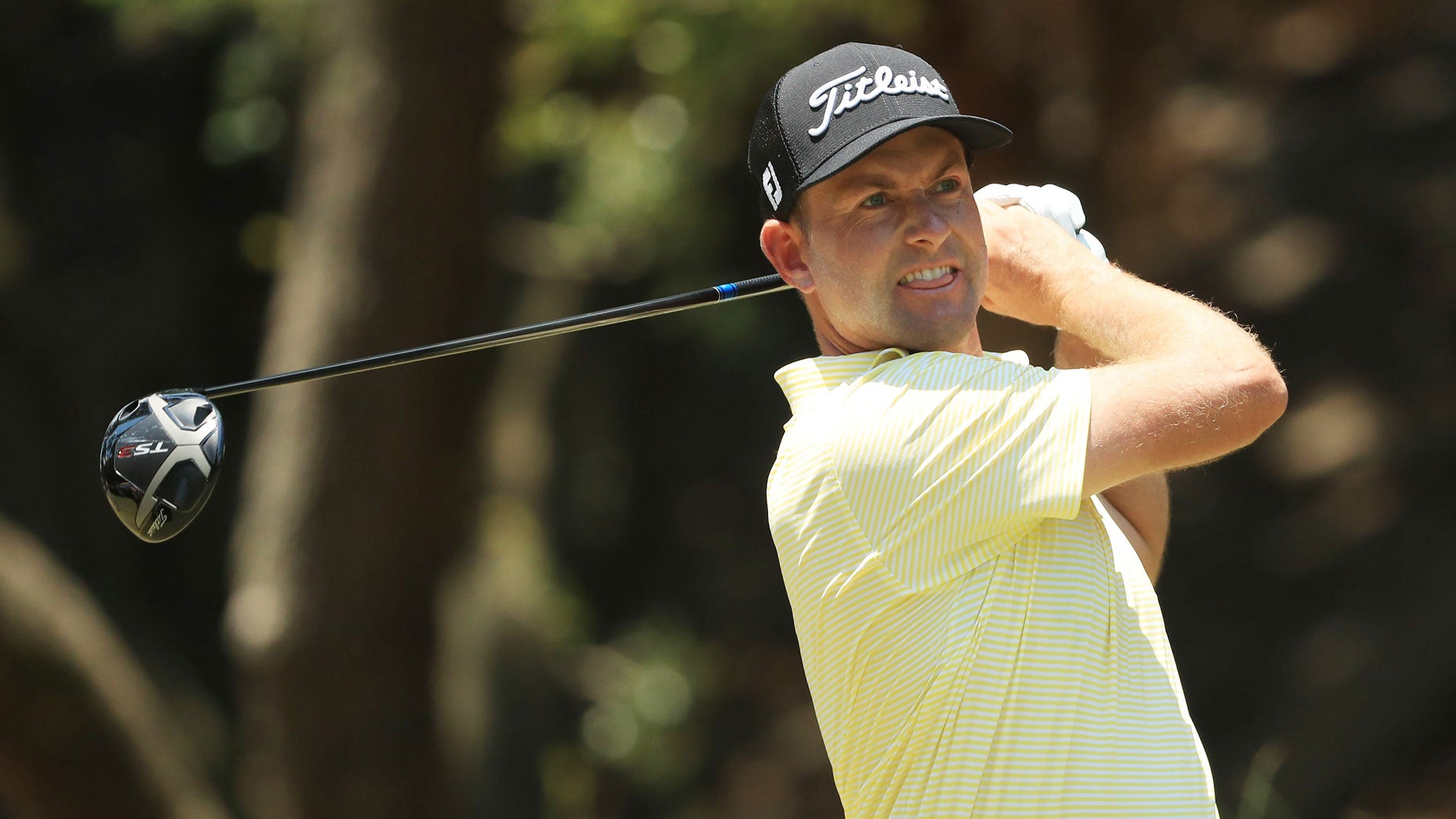 Webb Simpson birdied three of the final four holes to get his seventh tour win.

Webb Simpson had a simple formula for winning Sunday at the RBC Heritage — start your day with a piece of the 54-hole lead then shoot 64 over the final 18 holes.

Simpson was simply sensational on his way to a second win of the season, his career seventh as he out-lasted a determined Abraham Ancer at the Harbour Town Golf Links.

This one was a Sunday afternoon traffic jam of contenders.  It started fast but then came the afternoon thunderstorms that halted play at 2:34 EDT. The field retreated and waited for nearly three hours — two hours and 46 minutes to be exact — to get back at it.

The final round became a battle of wills and putts.  There will be at least a half-dozen players looking back over the final round, knowing this victory could have been theirs.

But none played better than Simpson.  All he did was hit a fabulous second shot into the par five 15th, going over the tall pines left of the fairway.  He found the green and two-putted for birdie to get to 20-under.  That score looked like a winner at the day’s start, but perfect scoring conditions made for birdies galore by everyone.  Webb made his big move with a 15-footer for birdie at 16 then found the clincher from 18 feet at the par three 17th.

After a par at 18, he went into the clubhouse to wait on Ancer, who made birdies of his own at 15 and 17.  The one at 17 was a clutch putt from 10-feet.  Ancer, who hit all 18 greens on the day, left his approach into 18 well short and his 37-footer to force a playoff didn’t make it to the hole.  Ancer was looking to become the fifth straight first-time winner at the RSM.

Simpson snapped the 54-hole leader jinx.  The last seven 54-hole leaders failed to close the deal but Simpson closed it in style with a mind-boggling 30 coming home.

“It was a crazy day,” said Simpson, the father of five.  “I’m speechless right now.  We had that long delay then at 12 the putts started going in and my confidence kept getting stronger.  It’s an amazing feeling right now.”

It was looking like the field would run out of daylight until Simpson put the hammer down at 16 and 17.  If there had been a playoff, it would have run into Monday.  Simpson put and end to that.

For the second straight week, Daniel Berger put on a show.  After his win last week at Colonial, Berger closed with a 65 and tied for third at 20-under with Terrell Hatton.  Hatton, one of the three overnight leaders, shot 66.  After four front nine birdies, he cooled off and found only two coming home along with a bogey at 13.  Berger made a fierce run down the stretch with birdies at 15, 16 and 17.

Sergio Garcia, who hasn’t had a top 10 finish since the 2019 Wells Fargo, closed with 65 and tied at 19-under with Joaquin Niemann.

This one will be remembered for the quality of play by so many contenders.  A total of 16 players shot 16-under or better for the week.  It was a compelling finish but in the end, it was Simpson’s putter that spelled victory.

The week will also be remembered for the positive COVID-19 test for Nick Watney.

This show stays on the road and heads north to Connecticut for The Travelers.  Once again, it will be a stellar field with nine of the world’s top 10 showing up in Cromwell.