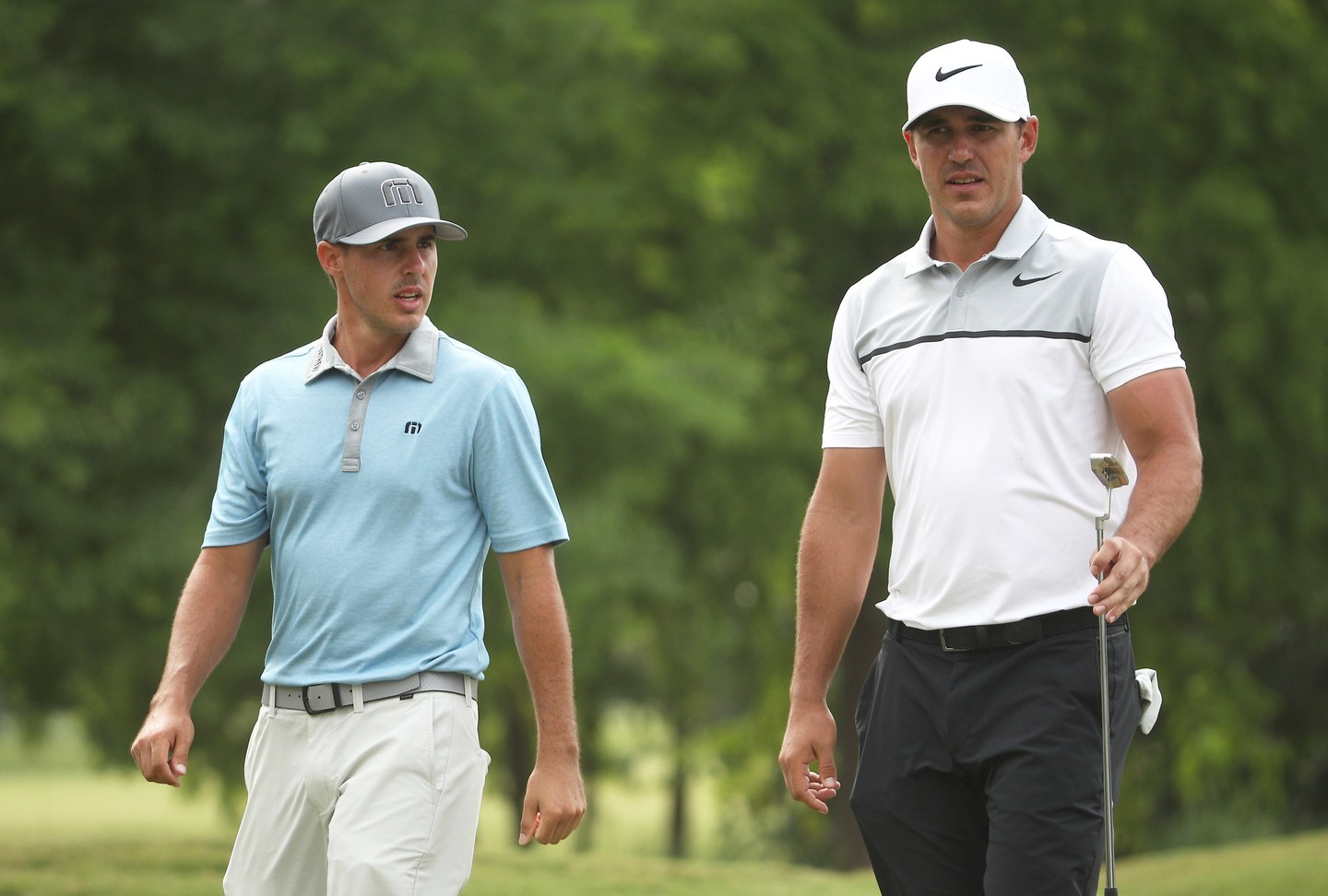 Chase Koepka is in this week’s Travelers field and he didn’t have to get his older brother to order up a sponsor’s exemption.

Chase got his spot the old fashioned way — he earned it in the Monday qualifier up in Connecticut.

With older brother Brooks walking along, Chase nabbed one of the two spots along with David Pastore.  There were two qualifying spots up for grabs Monday at the Ellington Ridge Country Club in Ellington, Conn.  Five players finished in a tie at 67 and it went to a playoff.

This will be Chase’s third PGA Tour start of the 2020 season.  He was given sponsors exemptions into the Shriners Open and the CJ Cup in South Korea.  Chase made the cut and tied for 67th at The Shriners.  He tied for 46th at the CJ Cup.

Brooks flew to Connecticut Sunday night so he could check out Chase on Monday.  Brooks tied for seventh at the RBC Heritage, his best finish of 2020.

Chase hasn’t fared too well with his career.  He lost his European Tour card last year and has basically been looking for a place to play.

Now there will be two Koepkas in the Travelers field.

Woods Yacht At St. Simons Because Tiger Was There:

Remember how the folks at the RBC Heritage got excited when Tiger Woods’ luxury yacht, Privacy, appeared headed to Hilton Head?

Well, it did dock at St. Simons Island in Georgia but that’s as far north as the 155-footer went.

And yes, Eldrick showed up at St. Simons Island last weekend.  He was there with son Charlie and the two played a round at Frederica Golf Club on St. Simons.

The Tiger and son sighting was confirmed by sources at the club.

Tiger won’t be in this week’s field either.  His next start probably won’t come until the Memorial on July 16 at Muirfield Village Golf Club.