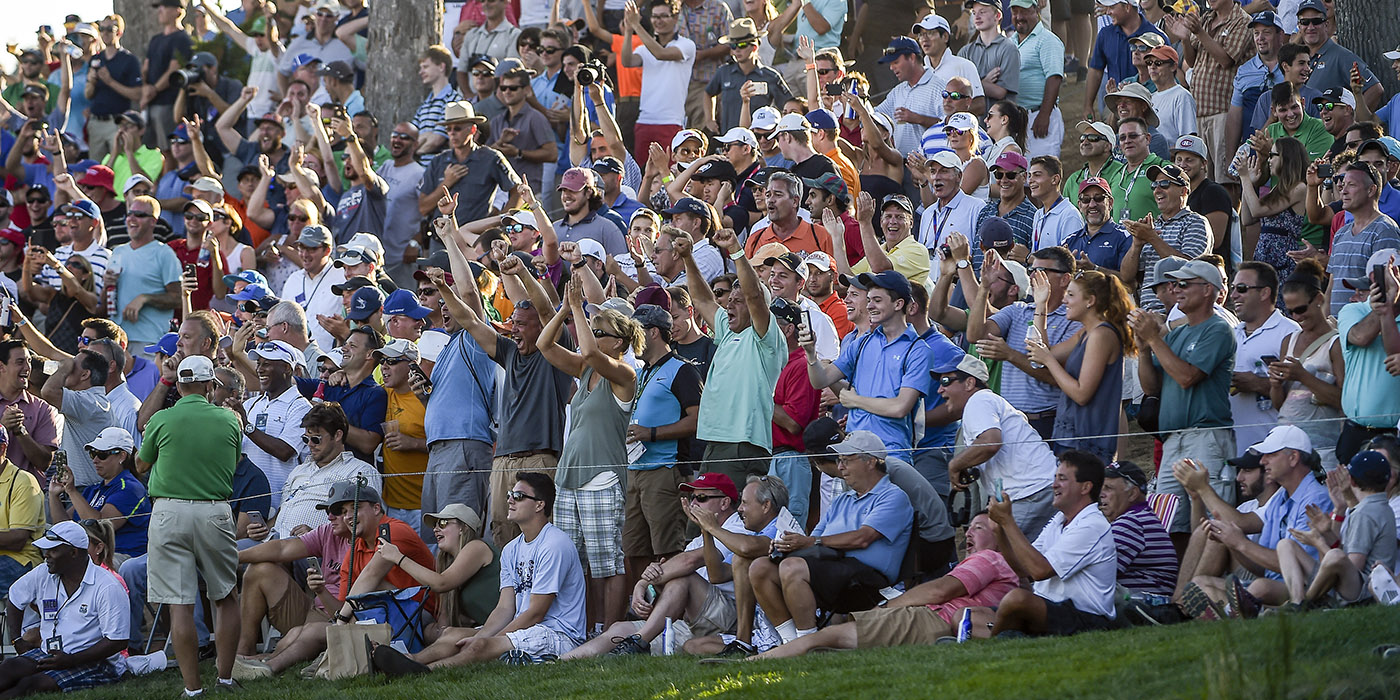 There will be spectators in Sioux Falls, but the course won't look like this.

Spectators Will Return At Champions Event In South Dakota

PGA Tour Commish Jay Monahan (aka The Sheriff Of Nottingham) declared that spectators would return to the PGA Tour when it was deemed safe to have them on site.

There will be fans on hand this coming week at the PGA Champions Tour event.

While there have been no fans allowed at any regular tour events, the Sanford International in Sioux Falls will.  The local newspaper, the Sioux Falls Argus Leader, spoke to tournament director Josh Brewster and he confirmed that there will be spectators at the Minnehaha Country Club for each of the three rounds of the event.  Practice rounds will be closed to the public.

Temperature checks will be administered to fans before entering the gates, and masks are strongly encouraged, though not required. Officials will also add extra hand-sanitizer stations, any food served will be pre-packaged and all credit cards will be accepted at concession areas to limit cash transactions. Autographs will be prohibited.

“We’re hoping to be the blueprint (for other events),” Brewster told the local newspaper.

As for regular tour events, Monahan said recently that he was optimistic the Tour could start allowing a limited number of fans into events later this fall or early next year.

“We will be reintroducing programs and then I think as you look beyond the fall and into ’21,” Monahan said, “every tournament is starting to plan for multiple potential outcomes, and hopefully planning towards the return of what we know as normal, and that’s fans on-site.”

After a bogey at the 15th, Drewitt steadied himself, closed with 68 and his 19-under par total edged a trio of players for the title at the Lincoln Land Championship.

Drewitt posted that 19-under score then had to wait on the final group to see if rookie Austen Truslow might birdie the 18th and force a playoff.  Drewitt knew he had it won when fellow pro Tag Ridings came running over to the range and doused Drewitt with beer.  Truslow finished in a tied for second along with Brit Harry Hall and Ben Kohl.

“I look over and saw Tag giving me the fist-pump from by the 18th green, and then they started running over towards me and Cam, my caddie, said, ‘Man you did it,’” laughed Drewitt. “At that point I was just bracing myself for the beer to get sprayed all over me.”

The win helped salvage a disappointing season for Drewitt.  In 19 events, he had made just six cuts.