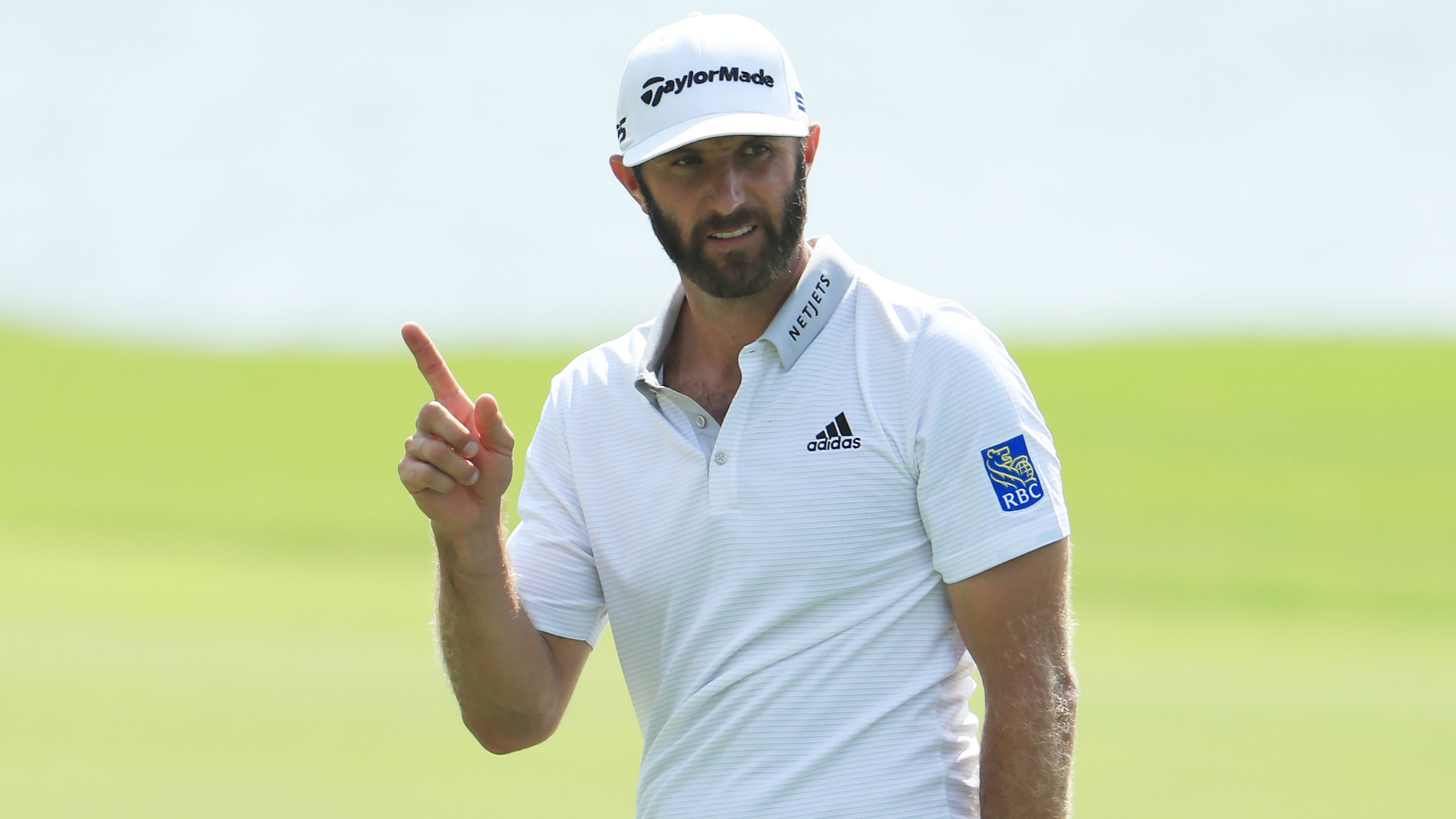 World No. 1 Dustin Johnson takes a five-shot lead into the final round.

On Saturday at East Lake, Dustin Johnson gave hope to a lot of players at the Tour Championship.

On Sunday, he took that hope away from most of them.

The world’s No. 1 put on a driving and scoring clinic for most of the day and by time he dead-centered that nine-footer for birdie at the 18th, he walked off the 54th hole with a five-shot lead in the chase for the PGA Tour’s $15 million FedEx Cup jackpot.

Johnson had a tough time finding fairways during the second round but on moving day he was splitting fairways and making birdies — seven to be exact.  A single bogey added up to 64 and with that marvelous 10-shot handicap, he’s a whopping 19-under par.

Xander Schauffele and Justin Thomas are closest to him at 14-under but spotting the world’s No. 1 five shots over 18 holes is a formidable task.  World No. 2 Jon Rahm is up against it as well.  He starts six back.

Johnson made it pretty clear at the beginning of the week that he wants the FedEx Cup on his impressive golf resume.  He’s one day and 18 holes from making that happen.

Rahm was straight-forward with this observation about Johnson’s lead:  “That’s a lot of shots to make up.”

Sungjae Im started the day just a shot behind D.J. but by day’s end, the 22-year-old South Korean star was lapped by Johnson.  Im shot 72 and went from one back to nine back.  End of story.

Johnson made a quick adjustment after his Saturday struggles.  He moved a little closer to the ball in his set-up and once again, he was looking like the player who blew the field away at the Northern Trust and almost won last week at Olympia Fields.

Schauffele will play in the last twosome with Johnson in Monday’s finale and knows what’s in front of him.

“He’s showcased what he can do,” Schauffele said after turning in a 67.  “If he does what he normally does, it’s going to be almost impossible to catch him.”

J.T., who will play in the next-to-last pairing with Rahm,  knows it will take another mediocre day by Johnson and a great performance from himself.  “DJ is clearly playing well. It wasn’t easy today,” Thomas said. “It’s still East Lake. But anything can happen around this course. You can shoot 63 or 64 and you can shoot 73 or 74 very easily. I just need to hope that tomorrow (Monday) is my 63 or 64.”

As for D.J., he was his usual subdued self after tying Daniel Berger for the day’s low round.

Johnson will have a lot on the line Monday.  Of course, the FedEx Cup and $15 million is waiting for him but he’s also making his case for Player Of The Year.  After a win at The Travelers, a tie for second at the PGA, the Northern Trust win and solo second at the BMW, a victory at this Tour Championship should wrap up POY for the world’s No. 1.