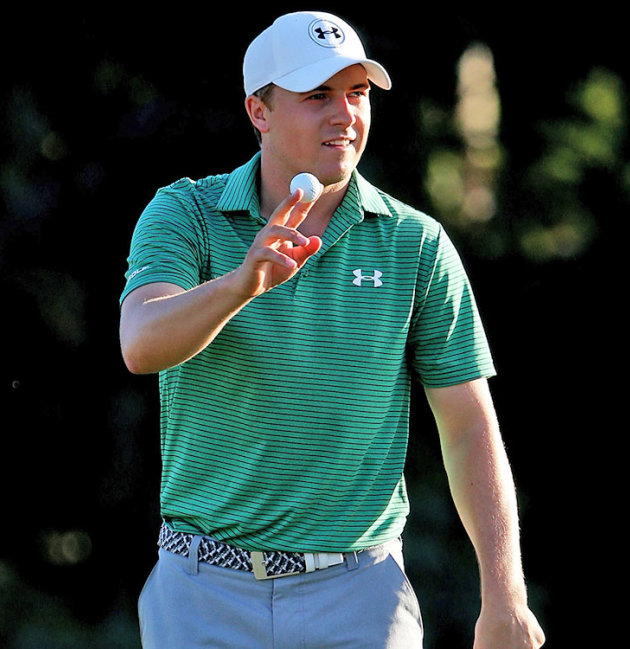 Jordan Spieth is 16-under through 36 holes at Kapalua.

Spieth Sizzles: World’s No. 1 Takes It Low In Hawaii

Jordan Spieth sent a clear message to the rest of the field at the Tournament of Champions on Friday.

He’s back and he’s just as good as he was last year.

Spieth has turned the first two rounds of the gathering of winners into his own personal Hawaiian luau and he feasted on birdies and eagles in the second round. Seven birdies and an eagle added up to a nine-under par 64, good for a 16-under par 130 total and a four-shot lead over his closest rivals.

When the third round starts on Saturday, it will be defending champion Patrick Reed, Fabian Gomez and Kevin Kisner closest to Spieth. They are all in at 12-under. Danny Lee is five back at 11-under while Rickie Fowler and Peter Malnati are the remaining players in double-figures under par at 10-under.

Speith got his round going over the last five holes of the front nine. He was five-under going out, thanks in part to a chip-in eagle at the par five ninth that gave him a 31. Coming home he added birdies at 13, 14, 15 and closed it out with another at 18.

“Very similar to yesterday,” Spieth said of his second trip around the Plantation course. “Nice to have no blemishes on the card,” said Spieth, who is bogey-free through 36. “I seem to really like courses that have Bermuda (greens), it’s what I grew up on. I’d like to start the year with a bang but there’s 36 holes to go, still a long way to go. Patience is going to be the key through the weekend. I guarantee that when I tee off on Saturday, I won’t have a four-shot lead.”

Once again the conditions were ripe for good scores with very little wind on the Oceanside layout.

Spieth wondered afterward “if anyone had gotten to 30-under in a tour event?”

“It would be a great goal to achieve,” Spieth said.