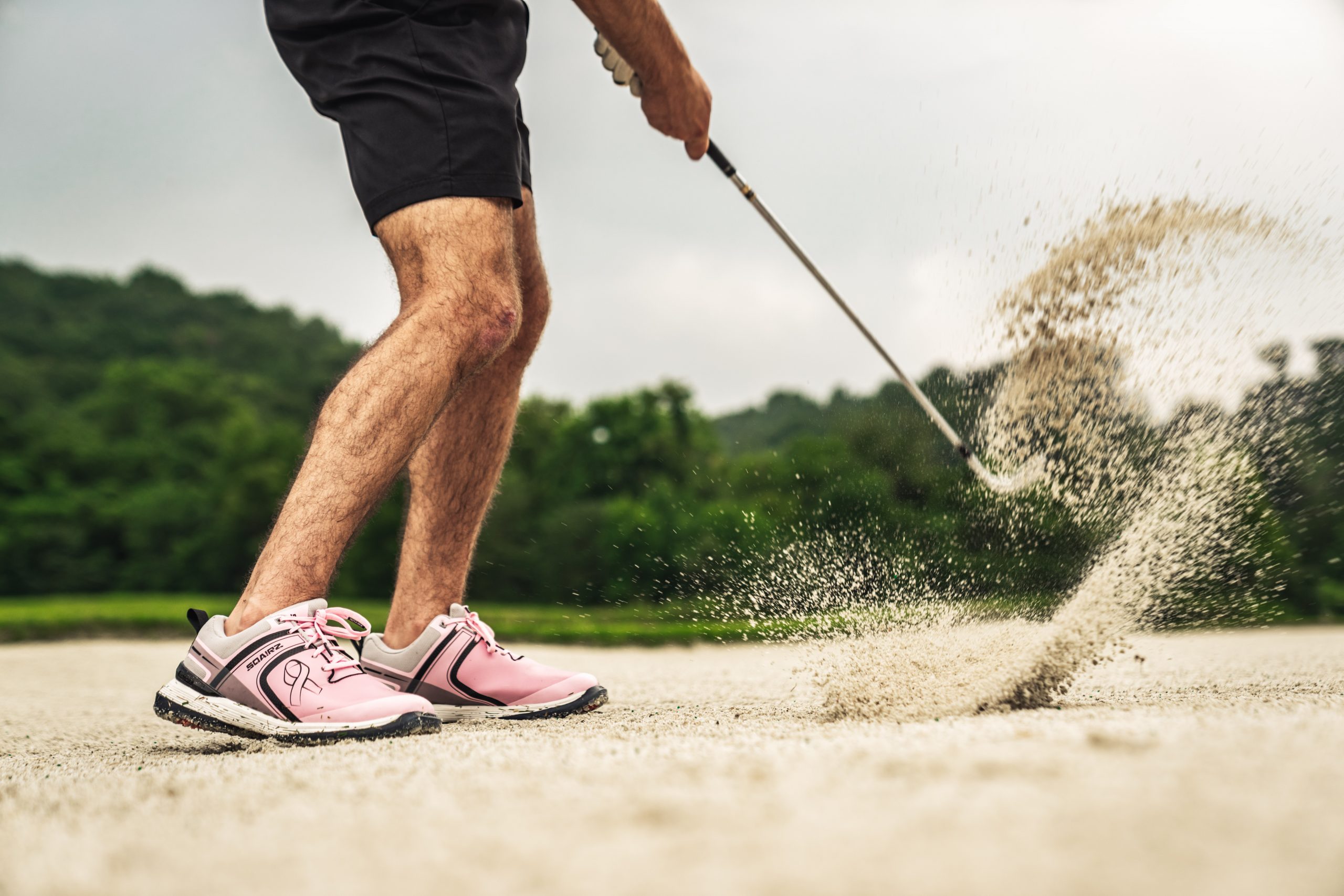 Sqairz has joined the fight against cancer with special edition shoes for men and women.

The company has joined the fight against cancer with special edition men’s and women’s shoes — in support of the American Cancer Society, they come in dazzling pink with the cancer awareness ribbon on the sides — joining the “Real Men Wear Pink” movement.

It’s a natural progression — Sqairz company founder Robert Winskowicz lost a brother to the dreaded disease that has touched so many people world-wide.

The company is donating $30 to the American Cancer Society from the sale of every pair — the Speed — PNK for men and Freedom-PNK for women.  Corporate goal is to raise minimally $100,000.

Sqairz are premium quality shoes and the special editions that benefit the American Cancer Society retail for just under $250.

In his commercial for the brand, Sir Nick tells us the proof is there — lab tests show the shoes can improve your balance and more distance can come as a result of better balance.

You can check out the brand:

Danielle Kang One Shot Off Lead At Ladies BMW:

It hasn’t been the best of years for Danielle Kang on the LPGA Tour but after spending some extensive time with her coach, Butch Harmon, things look like they’re turning around for Kang.

The player everyone will have to look out for over the weekend is world’s No. 2 Jin Young Ko.  Ko opened with a 71 on Thursday to end her sub-70 streak at 14 straight but she bounced back in a big way with and eight-under par 64 on Friday that took her to nine-under par, just two shots behind the leaders.

World’s No. 4 Sei Young Kim found herself tied for 15th at five-under par while No. 3 Inbee Park is eight shots behind the leaders at three-under.

Denmark’s Jeff Winther is looking for his first European Tour win and he got off to a remarkable start Thursday at the Mallorca Open.  Winther fired an eight-under par 62 on day one at Golf Santa Ponsa on the Balearic Islands.