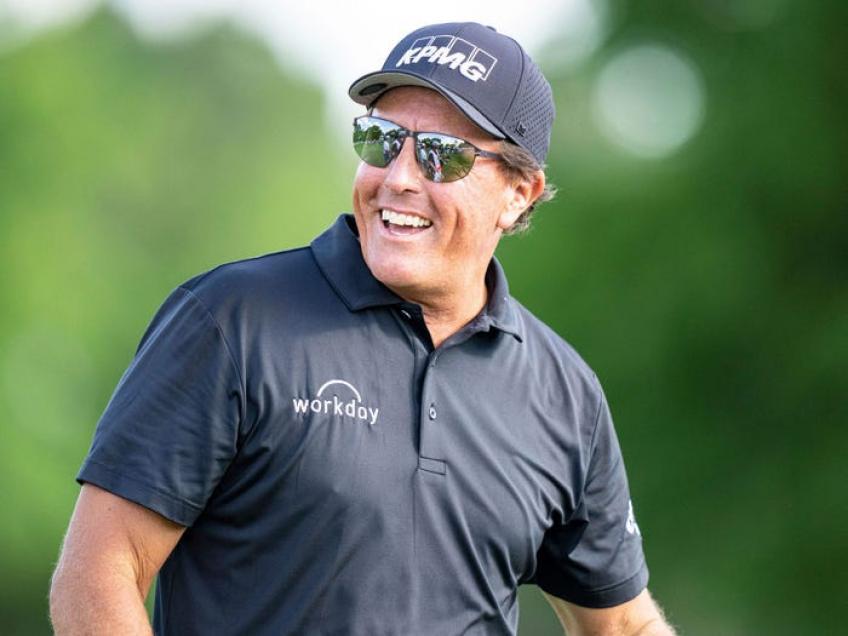 Phil Mickelson isn't ready for a full-time move to the over-50 set.

Phil Mickelson is beyond any doubt, the best player on the Champions Tour — when he chooses to play there.

But don’t look for Lefty to head for the old guys circuit full-time.

“It’s not where I’m at yet,” said Mickelson, who defends for the first time in a Champions Tour event starting today at the Dominion Energy Classic.   “I’m using (Champions tour) as an opportunity to have fun, to be around people that I know, guys that I know. I’m using it as a chance to be competitive but in an environment that doesn’t beat you up.”

Mickelson has been dominant in his four appearances on the over-50 set, winning three of them.  He believes he can still win on the PGA Tour and after his remarkable win at the 2021 PGA Championship, who’s to argue with Lefty?

It was his only top 10 for all of last season.  Still, he’s not even sure about competing in all three events in the Schwab Cup playoffs, that begin with this event at the Country Club of Virginia.  Mickelson is unsure if he’ll play in Boca Raton at the Timber Tech but he’s planning to be in the field for the Schwab Cup Championship in Phoenix.  He’s 26th on the Schwab Cup points list and can clinch a spot in Phoenix with a good finish this weekend.  The top 36 in the standings advance to the championship.

His biggest weapon on the Champions Tour is his length off the tee.  “I like being able to play aggressive, so (Champions Tour) lets me have fun and play the way I like to play out here,” he said, “and then I try to take that back to when I play on the regular tour and try to implement that type of play.”

The shorter courses mean Mickelson has more chances to his wedges into greens.  “I’m a really good wedge player,” he said, “so if I get wedges in my hand, I’m going to be tough to beat.”

Sixty-four year-old Bernhard Langer has been incredible on the Champions Tour.  He’s the points leader heading into the three playoff events but Bernie’s played in 36 tournaments this year, more than any other contender.  He’s won only once this season.  Jim Furyk is second in the points race followed by Jerry Kelly, Miguel Angel Jimenez and Ernie Els.  Furyk, Kelly, Jimenez and Els have all won twice.

Langer has won the Schwab Cup five times, four times in the past six years.  His last win came in March of 2020 but his 23 top-10 finishes have him atop the standings.   His career win total stands at 41, second all-time to Hale Irwin’s 45.  He is first all-time with 11 senior majors.

“Obviously, Bernhard Langer’s the gold standard, right?” Mickelson said. “That man at 64, what he’s been doing is incredible. That’s the guy to look up to to elongate your career, have a great quality of life.  And it’s fun for us to be able to play golf, feel good, come out here and compete.  There’s a high quality, high level of play out here.”

So how long before Lefty goes full-time on the Champions?

Only Phil can answer that.