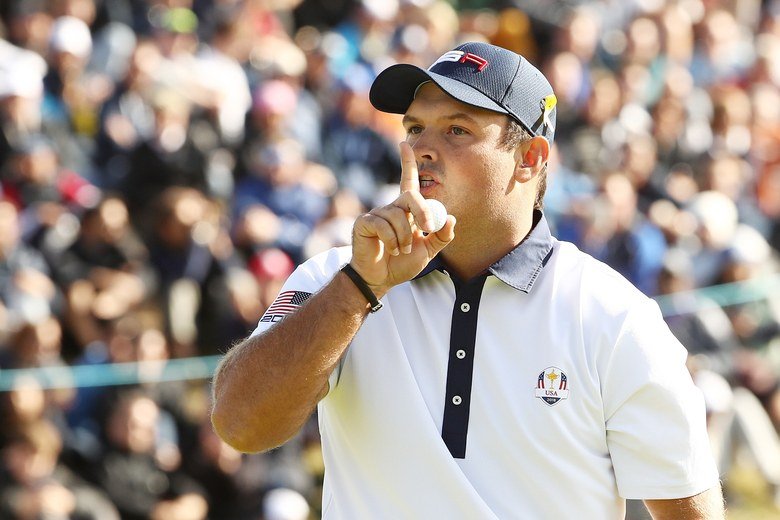 Will Patrick Reed make the U.S. team as one of Steve Stricker's picks?

Stricker has six decisions to make — who will be his personal picks for the U.S. team that will face off against Europe starting Sept. 24?

But then comes the last three.

Mickelson’s a longshot, he’s already told Stricker he’d like to be a Vice Captain if not selected.

Reed’s the tough one.  Reed missed the Wyndham with a bum ankle and missed both the playoffs events with double-pneumonia.  He has a starting time for Thursday — he’s in the first pairing off at East Lake, 11:40 a.m. with Billy Horschel, who is also a longshot for a captain’s pick.  Reed confirmed Tuesday he’s on his way and will be teeing it up with Billy in the first twosome off on Thursday.

With no recent baseline, everyone’s wondering how Reed will play this week.  He’s had success at East Lake the past two years (top 10s) .  Will be interesting to see how the long layoff affects his play.

English has been really solid and is so very consistent — you’d think he’ll get the call.  But it gets tough after that.  Simpson has a lot of experience but didn’t make the Tour Championship.  For easy watching, Scheffler and Berger are paired together on Thursday — they go off at noon at East Lake.

How about this — Abraham Ancer has dual citizenship — Mexico AND the United States — we say claim him on behalf of his U.S. citizenship.

Talk about a lady who has game!  Ellen Port made history last week, becoming the first woman to win the Metropolitan Senior Amateur Championship. The two-day championship was played at Sunset Country Club, Port’s home course outside St. Louis.

Port, a seven-time USGA champion and 16-time Metropolitan Women’s Amateur champion, will now have her name etched on the George F. Meyer trophy.

“That’s a beautiful trophy, and like I said in my speech, that trophy doesn’t know if it’s a man or a woman holding it, it just knows it’s someone who loves golf,” Port said. “I know that Rick Meyer’s father who donated it would be tickled because I love this game and the people who play it.”

Playing from the same tees as the men, the Sunset member shot even par during the first round and was five shots back of the lead heading into the final round. Port followed that up by shooting the low round of the day on Wednesday, a bogey-free 5-under 67, to make a playoff for the championship.

Port and Joe Malench went into a playoff that lasted four holes (10-13-14-15). The pair parred the first four holes, which brought the playoff to the long par 3 15th. Port went first and knocked it 20 feet above the hole. Malench went to the right of the green and needed a good chip to save par.

He hit it within ten feet and the door was open for Port to win it. She stood over it and hit the ball dead center of the cup, hands in the air, to win the championship.