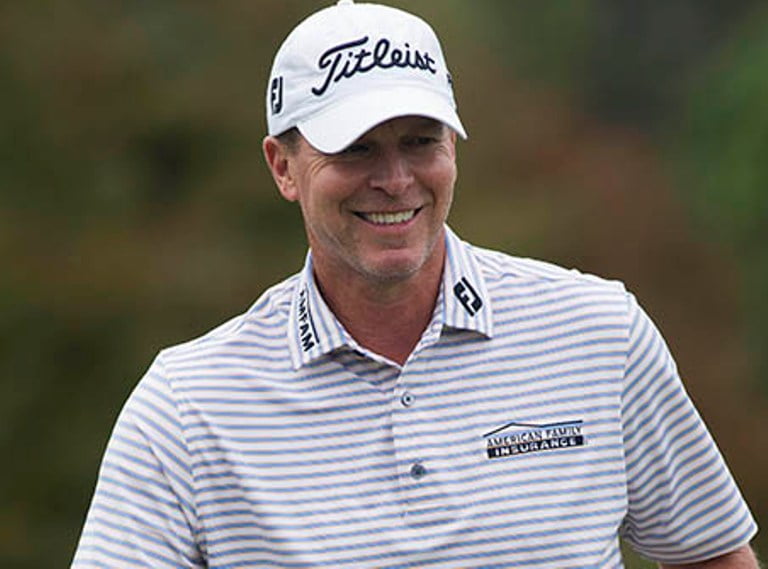 Steve Stricker has won three of his last four events on the Champions Tour.

Hottest player on the over-50 circuit is Steve Stricker, who won the Furyk and Friends title on Sunday at Tinuquana Golf Club outside Jacksonville.

It was Stricker’s 11th Champions Tour victory and has won two straight and three of his last four events.

After losing 25 pounds this past winter due to a self-described “mystery ailment,” Stricker has seen his game round into peak form over the last few months.   With the win, Stricker moves to No. 3 on the Charles Schwab Cup standings as he prepares to fly home to Wisconsin, where his daughter Izzy will compete in a high school state tournament beginning Monday.

During his regular PGA Tour career, Stricker won Comeback Player of the Year twice — in 2006 and 2007.

After being hospitalized after the Ryder Cup matches, Stricker lost weight and made a comeback starting this past May.  Since then he’s been around the top of the leaderboards seemingly every week.

In just 12 starts this season, Stricker is now a factor in the race for the Charles Schwab Cup.

It came as a surprise toward the end of last season when Rickie Fowler parted way with longtime caddie Joe Skovron.

It turned out to be the best thing that could happen for Joe.  Skovron didn’t go long without another job.  He’s now on the bag of sensational rookie Tom Kim and the pair have worked extremely well together and that was totally evident on Sunday during Kim’s head-to-head battle with fourth-ranked Patrick Cantlay at the Shriners Children’s Open.

Kim gave Skobron props after he won for the second time.  “I played really well this week.  I give a lot of credit to Joe (Skovron) and my team.”