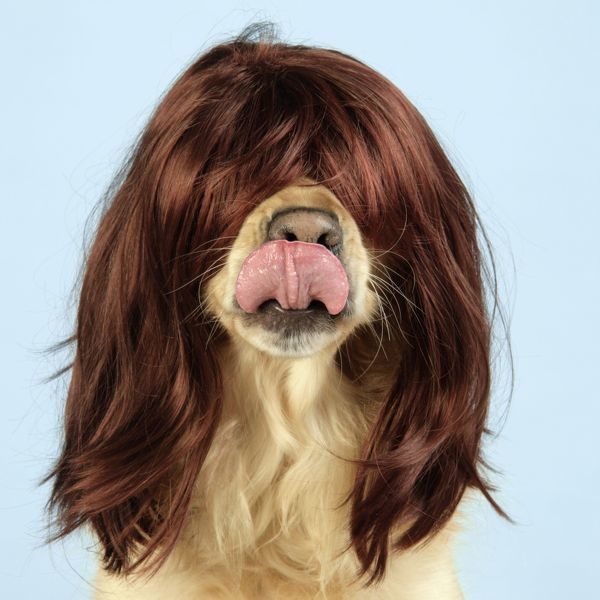 One of the dogs doing his Stuart Appleby impersonation.

Posted By: Tom Edringtonon: February 16, 2021In: In The Doghouse5 Comments

Talk about a new and not-so-flattering look for the Golf Channel studio pre-game show — have you seen the shoulder-length hair being sported by Stuart Appleby?

Appleby has gone totally Severus Snape on us, looking very much like the character in the Harry Potter movies played by the late Alan Rickman.

Basically, “Apples” (Appleby’s nickname in his playing days) has no one in his immediate circle of friends and family who will tell him that he looks, well, like an ugly middle-age woman.

It’s hard to keep a straight face while Appleby is launching into some detailed commentary about his playing days as he’s talking about something going on in the weekly PGA Tour event.

His look is so bad that it has gained him immediate entry into The Dog House where the dogs will all done ugly long-hair wigs to welcome Stuart.

During his visit, the dogs will also introduce him to a new grooming tool — it’s called shampoo.