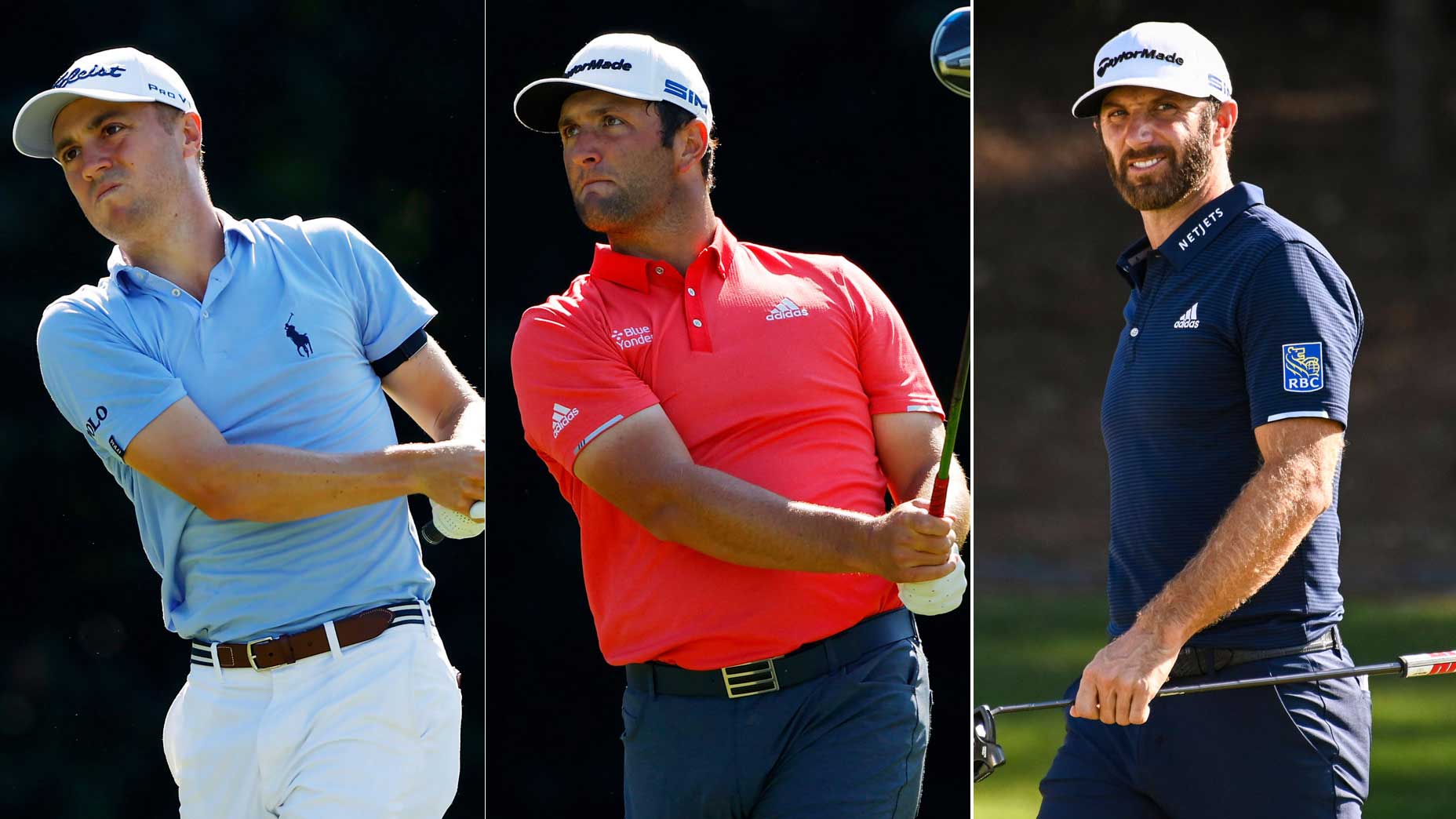 The world's top three players are at Riviera this week for The Genesis.

D.J., Rahm And J.T. — The Genesis Field Is Top-Heavy With Talent

It’s kinda like The Prince and The Pauper — this week’s offering at The Genesis versus last week’s talent-starved offering at the Pebble Beach Pro-No-Am is a total contrast in quality of field.

As iconic as Pebble Beach has become over the past 100 years, it failed to attract a single player from the world’s top 10.  Best it could offer was then No. 11 Patrick Cantlay, who has since moved back into the top 10, checking in this week at No. eight.  Eventual winner — 18th-hole-eagling Daniel Berger — moved up to lucky No. 13 but chose to go home and rest this week for next week’s free cash giveaway at the WGC event at the Concession Club outside Sarasota, a short jaunt from Berger’s headquarters in Jupiter on the east coast.

The biggest of the big are in L.A. this week.  The weather is perfect and Riviera awaits, offering yet another iconic layout that has hosted every tour star from Hogan to Nicklaus to Woods and everyone in between. This week brings eight of the top 10, including D.J. at one, Jon Rahm at two, Justin Thomas at three, Xander Schauffele at four.  Collin Morikawa (No. 6), Rory McIlroy (No. 7), Cantlay (No. 8) are all present and accounted for.

Needless to say, as bad as last week’s field was, this one is that good.

Of course Johnson is the solid betting favorite as the Tour is now heavily immersed in the world of gambling — The Sheriff Of Nottingham (aka Tour Commish Jay Monahan) simply couldn’t resist the Call Of The Wild, or in this case, the Call Of Las Vegas.

Last year it was Adam Scott breaking away from the other 54-hole co-leaders — caddie-mooching Matt Kuchar and Rory McIlroy.  All three were at 10-under par and Scott’s closing round of one-under par 70 was good enough to earn the title for the broom-stick-putting Aussie.

D.J. is the man to beat and it seems like he’s gotten his game to a level where he’s the favorite every time he tees it up.  He won the Saudi Invitational in his last outing and chose to skip Pebble Beach in favor of some quality at-home time in Jupiter.  You can’t blame him — look at Berger — he’s taking time to celebrate and decompress from his eagle-fest at Pebble.

Which brings us back to Riviera.  We know what to expect from Johnson — his ball striking is in good order, it’s simply a matter of how well he can putt this week.  He won in Saudi Arabia with his “C” putting game but that won’t be the case this week — too much talent on hand.

All that remains to be seen is who’s the best THIS WEEK.