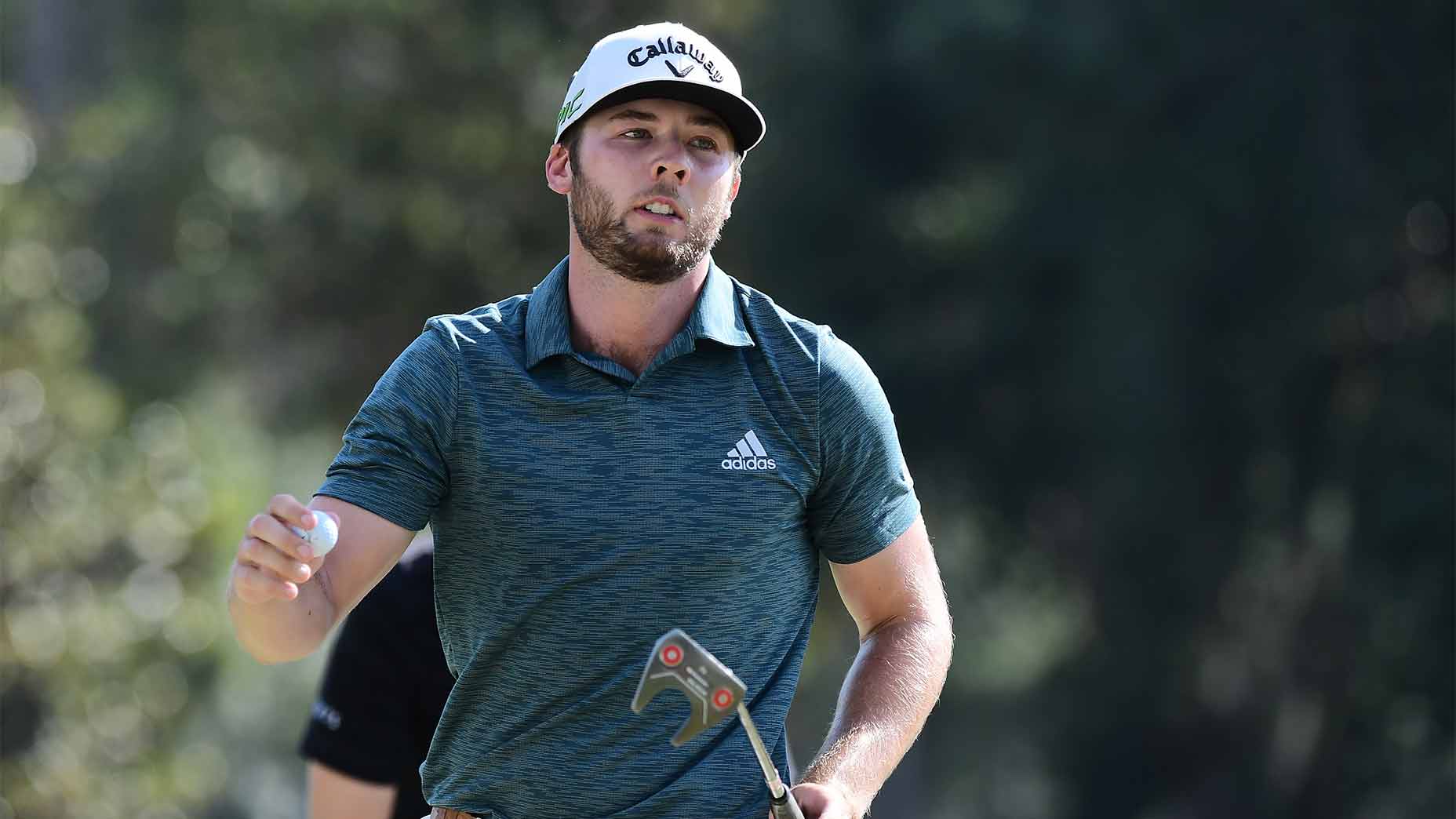 The wait is over, finally, for young Mr. Talent — Sam Burns.

Burns, one of the PGA Tour’s rising stars, has been knocking on victory’s door over and over and on a steamy Sunday at The Valspar, he out-dueled major champion Keegan Bradley in dramatic fashion to join the winner’s fraternity.

It took the 24-year-old former LSU star 76 tournaments to earn his victory stripes and he did it by outlasting Bradley over the final nine holes at Innisbrook Resort’s Copperhead course.

The two were tied at 14-under through 54 holes and after Bradley ran in a birdie putt from the fringe at the par four ninth, he took a one-shot lead over Burns heading for the final nine holes.  Bradley turned three-under, Burns two-under and Bradley stood at 17-under, Burns a shot back.

Burns rolled in a birdie at the par five 11th from 15 feet to tie it up and at that point, the two leaders were pulling away from the rest of the field, turning the final round into a mano-a-mano duel.

It was a matter of who would flinch first and it was the club-twirling, caddie-chatting, Red Sox-adoring, forever-fidgeting, slow-playing Bradley who made a hope-destroying mistake at the difficult par three 13th.  After Burns found the green, albeit 61 feet from the hole, Bradley let his tee shot slip right where it came up short of the green and in the water.  He would make double-bogey and Burns made a super two-putt for par to take a two-shot lead with five holes to play.

That lead grew to three after Burns staked his third into the par five 14th inside of two-feet.  He got it to 18-under then got another break at the 15th when both he and Bradley made bogeys.  Bradley saw his last hope vanish there when he missed a four-footer for his par.

Burns sealed the deal with an incredible birdie at the 16th and that made it an easy march to the championship.

Burns missed a seven-footer for par at the last but it didn’t matter.  His closing 68 got the job done and he celebrated with his wife and entire family as they greeted him at the final hole.

“It’s a dream come true,” Burns said, looking spent from the emotion of winning for the first time.  He credited his family, all of them — “They’ve all sacrificed so much for me,” he said.

Burn’s biggest step came with his 63 on Friday and after going 69-68 over the weekend, he simply out-fought the more experienced Bradley who won the 2011 PGA Championship and has four Tour wins.

As for Burns, he’s been learning more each time he has challenged for a victory.  One thing he learned through the process is that he didn’t have to play perfect to win.

“I think I always felt that you had to play perfect golf to win,” he confided.  “I always felt that you had to play your absolute best on a Sunday to win. And after those experiences (other close calls) I realized that it’s not the case. I was trying to do too much. So today I think when I say, talking about sticking to our process and sticking to our game plan we knew that coming into today the golf course was going to play difficult,” he explained.

“So I just think Travis (his caddie) and I just had a good understanding, we were on the same page about the shots that we were trying to hit into greens and that’s just something he’s really, really good at. A lot of this credit really does go to him.”

But at the end of the day, it was Burns hitting the shots and overcoming the ghosts of past tournaments where he came close but not close enough to win.

That all came to an end on Sunday.