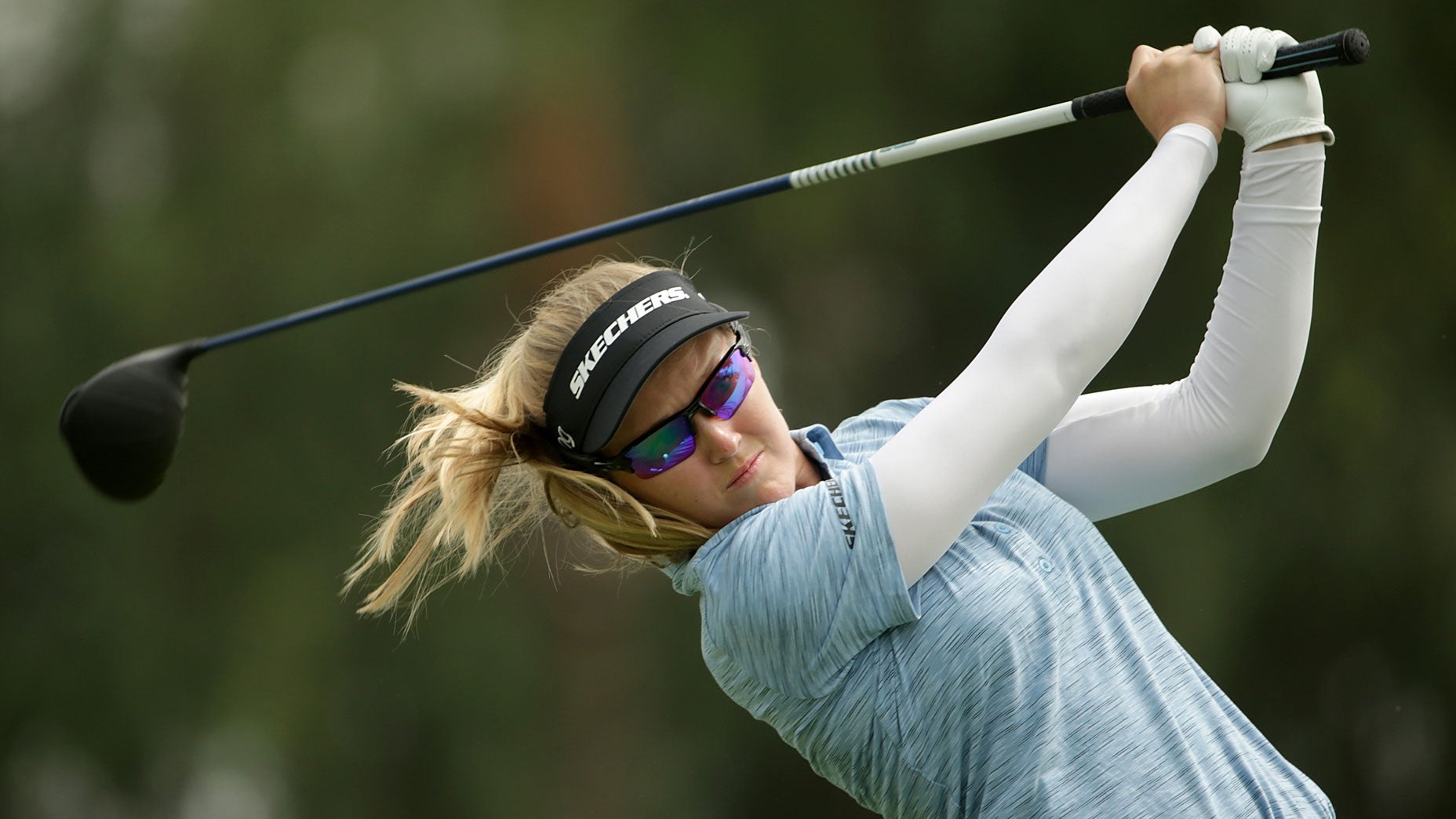 Brooke Henderson has the momentum after her 65 on Saturday.

Posted By: Tom Edringtonon: September 13, 2020In: In Other News...No Comments

Brooke  Henderson, Nelly Korda, Lexi Thompson — some big names in women’s golf are gathered at the top of the ANA Inspiration scoreboard and there’s bound to be compelling action for Sunday’s final round at Mission Hills.

Henderson, Canada’s golfing sweetheart, has the momentum after she turned in the day’s low round on Moving Day at hotter-than-hot Mission Hills.  She’s tied at the top with Korda at 12-under par.  Korda overcame a bogey and a double on the front nine to finish her day under par and keep a piece of the lead that she held for the first two rounds.

Many players used sun umbrellas to shelter from he oppressive heat, which reached north of 105 degrees during the afternoon.

Seventeen-year-old Rose Zhang, the current U.S. Amateur champion, shot 68 and is in at eight-under par while Gabby Ruffels, who finished runnerup to Zang at the Amateur, is in at six-under par.