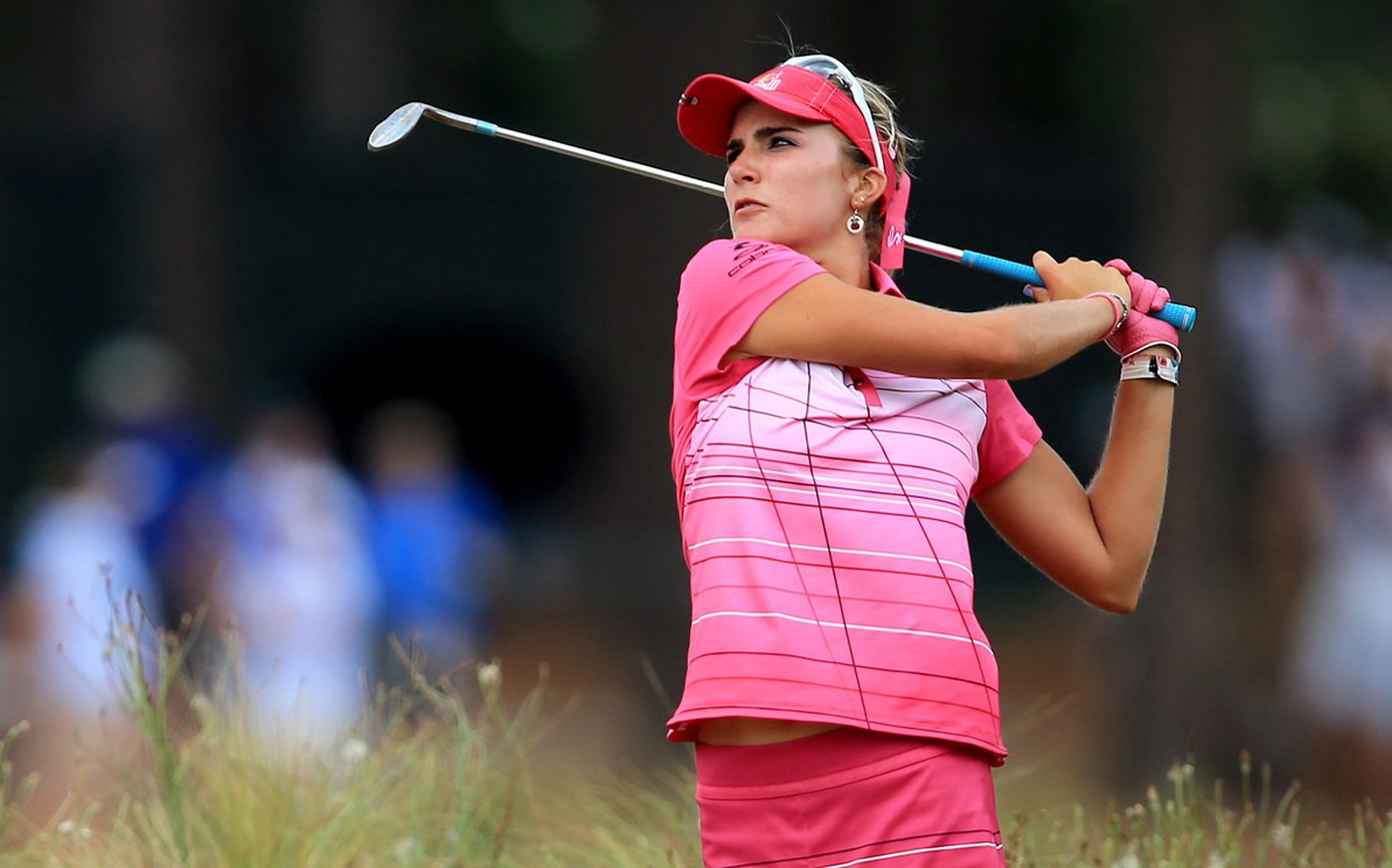 Lexi Thompson moved into contention with a 67 on Friday.

Nelly Korda had her first-ever lead in a major on Thursday, now she has her first 36-hole lead at Mission Hills.

Korda backed up her opening 66 at the ANA Inspiration with a Friday 67 that got her to 11-under par, two shots in front of Mirim Lee.

Korda, who’s ranked No. 3 in the world, made a series of clutch par putts and went bogey-free on her round.  “Golf is just all about momentum, so you roll one in here and there and it just makes it a lot easier,” Koda said after her round.

Lee moved up the leaderboard with the week’s low round — a seven-under par 65.

Lexi Thompson’s 67 on Friday got her a share of third at seven-under along with Nanna Koertz Madsen of Norway.  Madsen added a 68 to her opening 68.