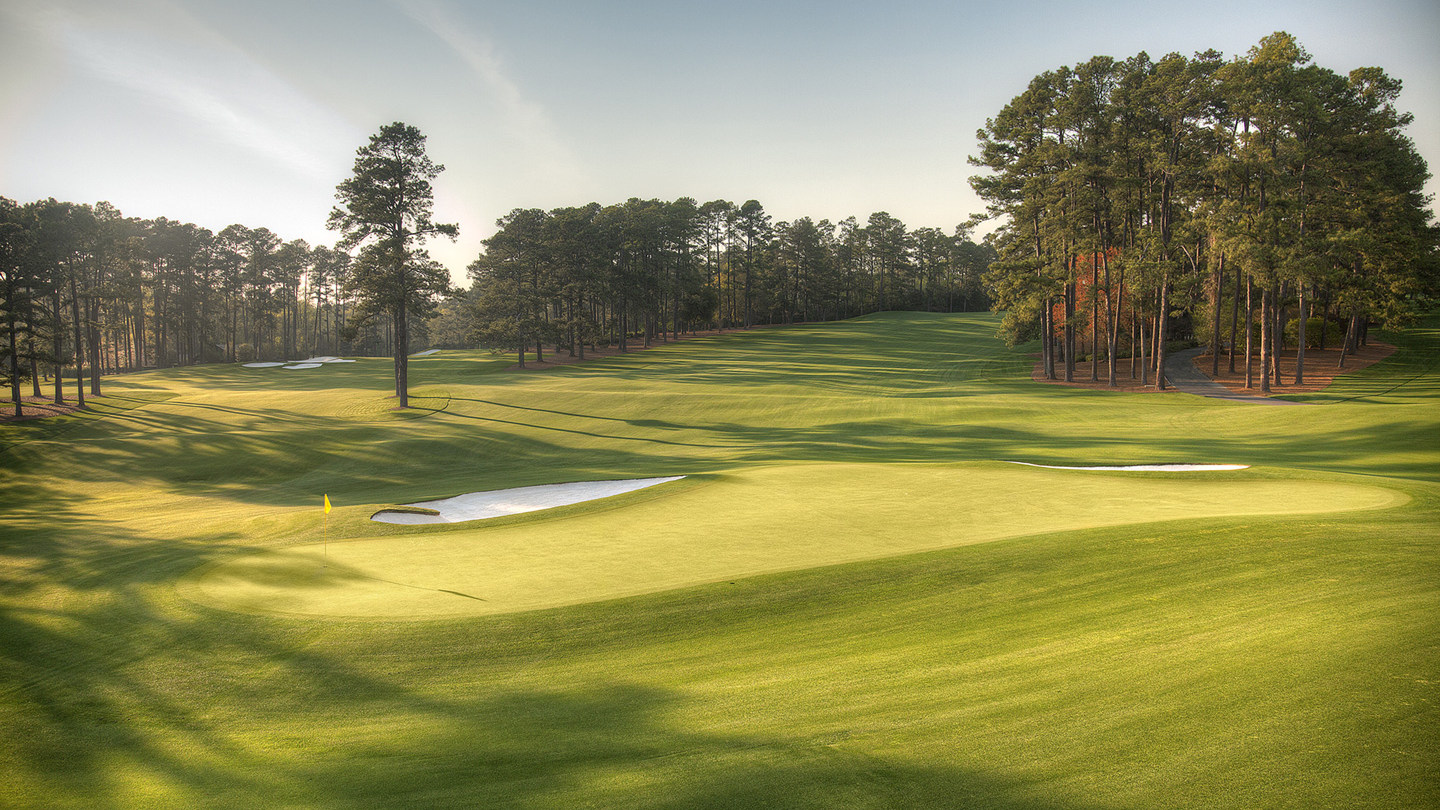 The second green is indicative of the undulations at Augusta National Golf Club.

The Art Of Putting Those Greens At Augusta National

Posted By: Tom Edringtonon: November 12, 2020In: The Lesson TeeNo Comments

Most of us will never get to play the Augusta National Golf Club.

But there are courses you’ll visit that have very large, very undulating greens, maybe not as severe or exciting as Augusta National, but when you face those sort of putting surfaces, you need to give them your  full attention.

You can learn a lot from watching the successful players this week and on Thursday, Paul Casey shot a seven-under par 65 and he said that he managed to leave the majority of his approach shots below the hole, meaning he’d have uphill rather than slippery downhill putts.

If you’re putting downhill at Augusta National, you’re on defense and that’s pretty much the case any time you get above the hole on fast greens with a lot of slope.

A few things to remember:

First, figure you the place where you have the best chance of getting up-and-down if you miss the green.  In many places, that’s the front of the green so you’re chipping uphill.

Second, don’t short-side yourself — which means give yourself some green to work with if you miss the green with your approach shot.

Third, if you have multiple tiers and a long shot to negotiate, you may want to consider taking a six or seven iron and hit a low runner — that way you can get up those tier.  If you’re a really skilled wedge player and can hit your carry yardages exactly, then you can go high and fly your shot up to a second or third tier, wherever the hole is cut.

Click on this link and some of the game’s best will talk about the difficulty of the greens this week at The Masters.

As for putting, break the putt down into two or three shorter putts and be sure you start the ball high enough.  Most players under-read greens with a lot of slope.  And do like Paul Casey did — leave yourself below the hole and you can be more aggressive with those uphill putts.

If you’re fortunate enough to have a course with some undulating greens, get out and play by yourself late in the day and work on those shots around the greens and those big breaking putts.

When you get to a flat green, it will be a breeze.