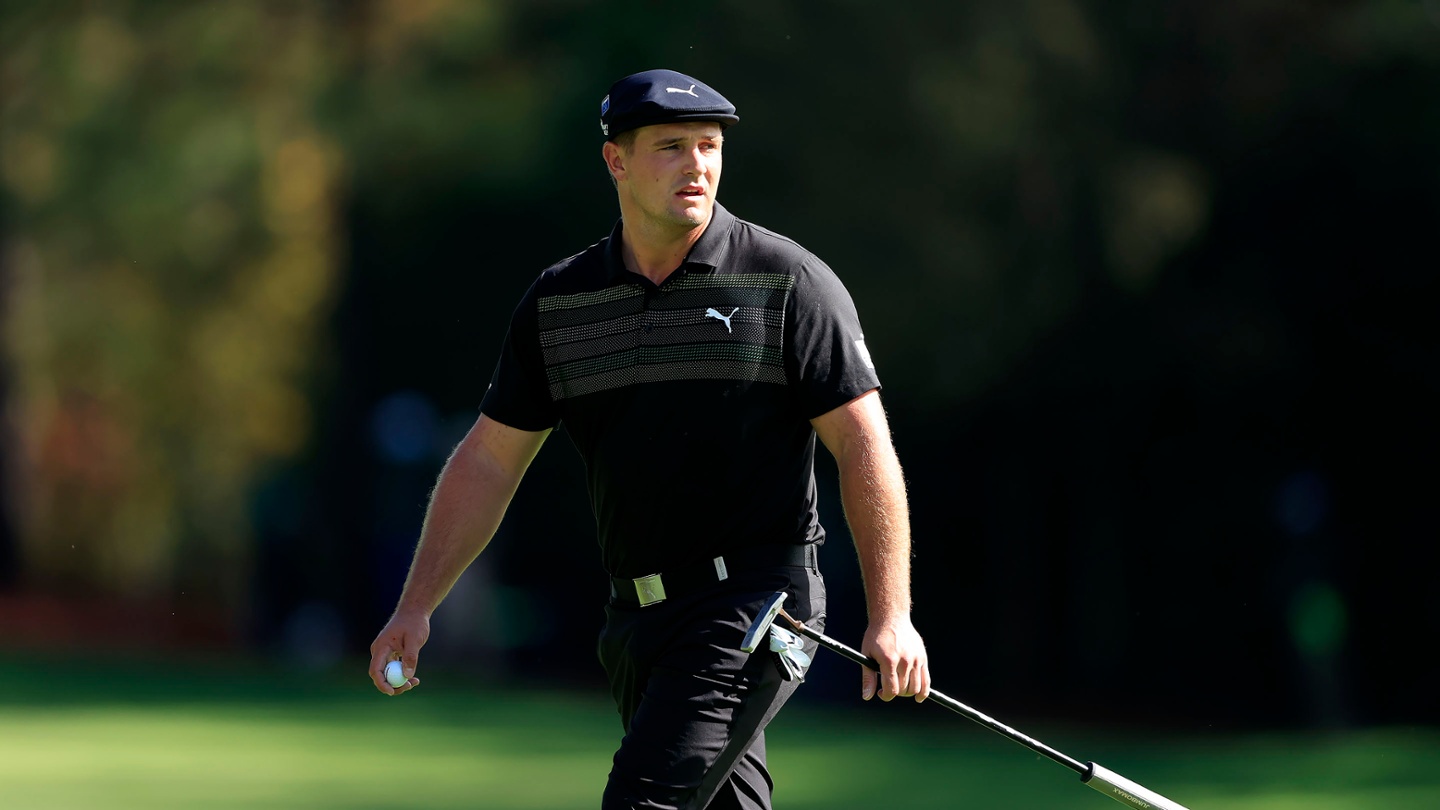 Bryson DeChambeau wasn't comfortable with his swing on Thursday.

Bryson DeChambeau sounded beyond confident earlier this week when he started his mind-numbing prep work for the 84th Masters.

He tinkered, tinkered and tinkered some more with drivers, thinking he might go with a 48-inch shaft but finally deciding it might not be a good idea to use an untried club in a major championship.

He went with his normal 45-inch shaft and felt so confident that he declared that the Augusta National Golf club was realistically a “par 67” for him and his monster drives.

“When you say 67 is par for you — it kinda backs you into a corner — I think,” said ESPN analyst Curtis Strange.

Well, if 67 is par for DeChambeau, he finished three-over on Thursday with a 70 and he had to birdie his last two holes of the day — eight and nine — to shoot that.

“I wasn’t comfortable with my golf swing,” Bryson admitted after he finished.  “I gotta figure out why I’m missing it a little too far left.”

His left miss was big at the 11th hole, although he managed to save par.  He missed right at 13 then hit a pull hook that found the bushes and led to a double-bogey.  Thanks to that double, he managed to play the par fives in just one-under par.  Everyone will tell you that winners feast on the par fives.

“I’m fortunate enough to be two-under par,” DeChambeau added.  “All in all — to be under par here is great.”

The pre-tournament favorite admitted he took a lot of risks.  “Risky out there,” he said.  “Clearly today I didn’t have my best — a lot of guys out there are beating me.  I just kept telling myself — ‘patience.'”

He still hit a lot of those monster drives that were expected.  At the ninth, his last hole of the day, he hit it past the 360 mark.  Many of the fairways were so soft that it was all carry off the tee, keeping many of his drives in the 325-330 range.

His day looked like it was start with a birdie, he hit a big three-wood off the 10th and from the center of the fairway, planted a wedge inside six feet.  But it was above the hole and he missed the left-to-right slider for birdie.  Easy lesson, don’t get above the hole, especially with the greens anticipated to get faster each day.

Bryson shot even par 36 over his first nine holes (back nine).  He added birdies on both par fives on the front and another at the ninth to finish.  He took bogey at the seventh when his second flew the green and his third was still short of the putting surface.

Webb Simpson was just two shots off Paul Casey’s lead in the clubhouse.  Simpson’s 67 was no surprise.  He tied for fifth at the 2019 Masters and tied for eighth at Winged Foot.

Xander Schauffele is no stranger to the top of the scoreboard at The Masters.  He tied for second last year and has played well this season.  He tied for 10th at the PGA and was solo fifth at the U.S. Open at Winged Foot.  He was in with a 67 on Thursday, tied with Simpson, two back of Paul Casey.

Hideki Matsuyama finished tied for second last week in Houston with Dustin Johnson.  He kept up his form with an opening 68 on Thursday.

Lost in the fanfare of Tiger Woods shooting 68 was another Masters champion in at the same number — Patrick Reed.

Kevin Na set a dubious Masters record on Thursday.  He hit all 18 greens in regulation and still couldn’t break par.  He shot 73 and noted that 39 putts was a record high for him.