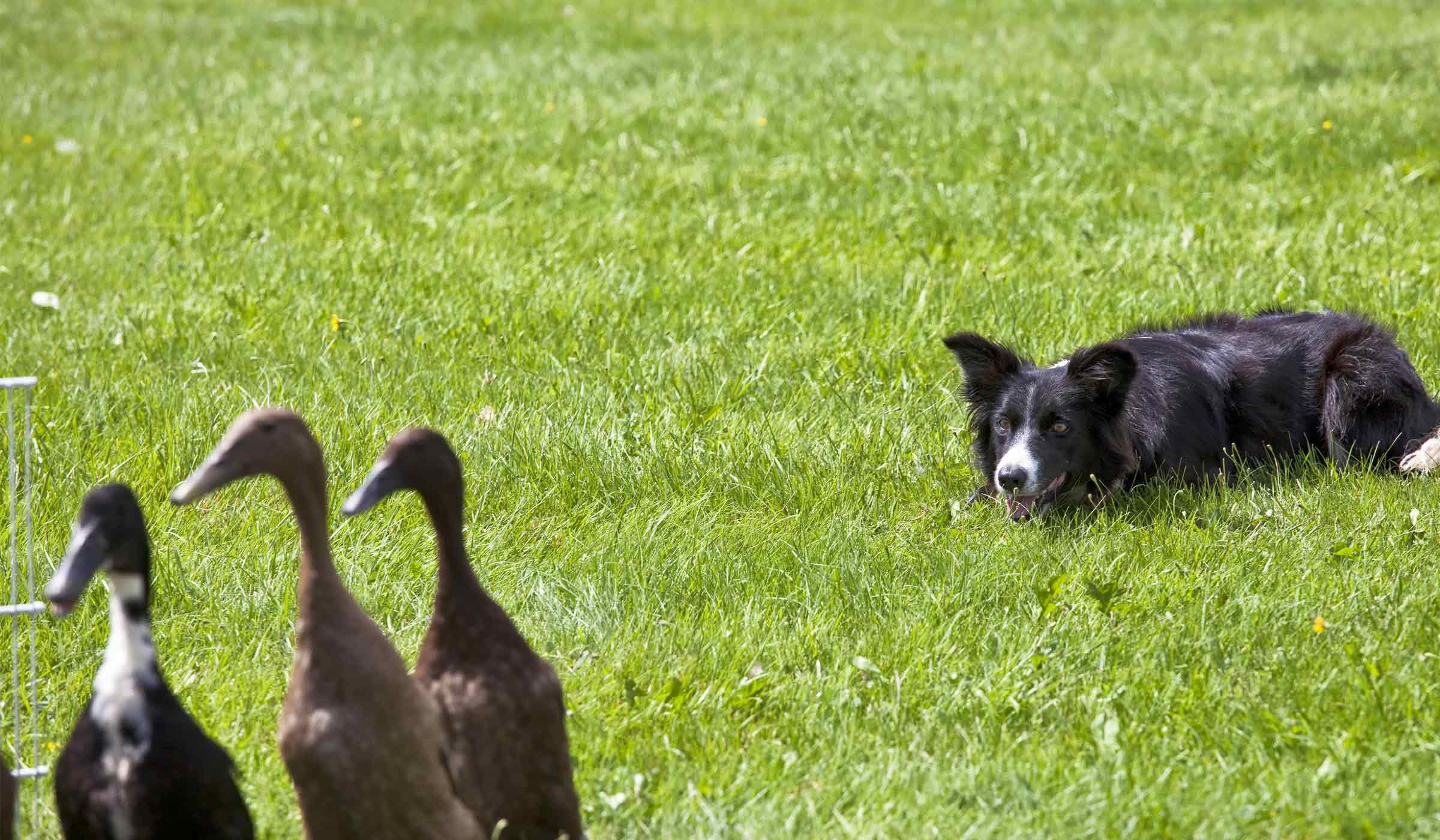 Posted By: Tom Edringtonon: January 14, 2021In: In The DoghouseNo Comments

His name is Tac and his story is incredible.

David Marcks was working as the assistant superintendent at Fairview Country Club, a private course in Connecticut.  That was back in the early 1990s and to Marcks’ horror, the club was plagued by no less than 600 Canada geese.

If you’ve ever been to a course where these large birds settle in, well, it’s not good.  They tear up turf and worst of all, poop EVERYWHERE — fairways, tees and greens.  Canadian goose fact:  an average adult produces nearly two pounds of poop a day!

“It was like playing golf in a litter box,” was how Marcks described it.

He and brother Richard, Fairview’s head super kept calling dog breeders without much success when they described their problem.  Then there was a breeder in Virginia and for the tidy sum of $2,000, the club bought Tac, a trained Border collie.

They set Tac loose on the course and in a few weeks, no more geese!

Tac was relentless in chasing the big birds.  He was trained not to hurt them but the geese didn’t know that.  They viewed Tac as an aggressive predator who was after them.

Then came a “Shark Tank” moment for the Marcks brothers.  They formed “Geese Police” and it became a franchised operation with 17 offices in 13 states.

All of this thanks to Tac, the Border Collie who has a standing invitation to visit the dogs anytime and he will be treated royally with his own bed and as many treats as he would like.

Most happy are the Marcks brothers, who now have a million dollar plus operation.