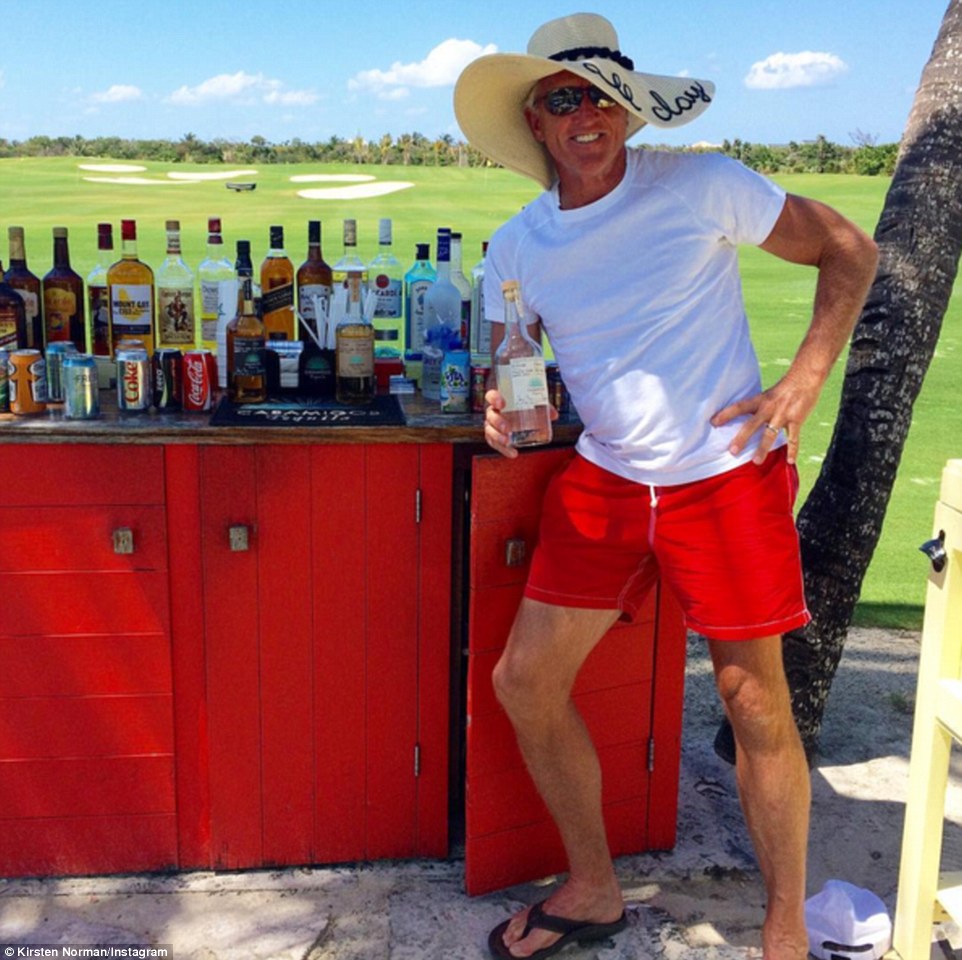 In this latest battle/demand/hard request for Official World Golf Ranking points, it seems The Lamest Commissioner In All The Land (aka Greg Norman, aka the Great White Fish Stick) has become golf’s version of Nikita Khrushchev, who took to banging his shoe on the pulpit at United Nations meetings.

Norman, who has a propensity for posting shirtless selfies, is demanding that those involved in the OWGR decisions “grow up.”

In case you missed it, Norman has already attacked the PGA Tour, the DP World Tour, the PGA of America, Chairman Ridley and The Masters and the R&A.

The latest LIV fiasco was the end-run attempt with the MENA tour acquisition, hoping to use the fact that an out-of-action tour that owes money to some of those who were once playing in its events, to grab ranking points for the LIV Thailand swelter-fest.

Norman tried the old Mongolian Reversal and claimed it was a setback for the OWGR.  “My players should have (ranking points). There are 22 tours that have world ranking points and there’s only one that’s equal to, or superior to, what LIV is. Only one.”

Obviously it’s hard to be humble when you’re The Lamest Commissioner.

The Lamest Commissioner has also recruited some of his Defectors to shout out loud with him.  Bryson DeChambeau was the chirping away,  claiming  LIV “hit every mark” of their ranking points request.

If you want to talk about huge pay and no performance, take a gander at The Defector-In-Chief’s (aka Phil Mickelson) record for the LIV events:

Considering there are only 48 in a LIV event, that’s pretty piss-poor from a guy who allegedly scored $200 million in advance.  Wow, The Infidels (aka the Saudis) are really getting a return on that investment!

D.J. Is Your Series Winner:

Well, it didn’t take long for the LIV circus/exhibition/beer-giveaway to come up with a grand winner.  And that would be old mopey himself, Dustin Johnson (aka Paulina’s husband).  D.J. scored $9.78 million in the six events, another $3 million for whatever team he was on and then another $18 million of Infidel money was dropped in his coffers as their “tour champion.”  Now consider the $100 million (plus) D.J. received to defect and he’s well on his way to retiring when his contract is up in three years.  No truth to the rumor that Paulina spends $1 million a month.

There’s a reason The Lamest Commissioner is banging his shoe on the pulpit for World Ranking Points.  The longer it takes, the farther a lot of his “stars” are falling in the world rankings.

In keeping with its circus/exhibition atmosphere, surly, monotone-mumbling Brooks Koepka was introduced in Thailand before he teed off as:  “Bruce Koepka.”