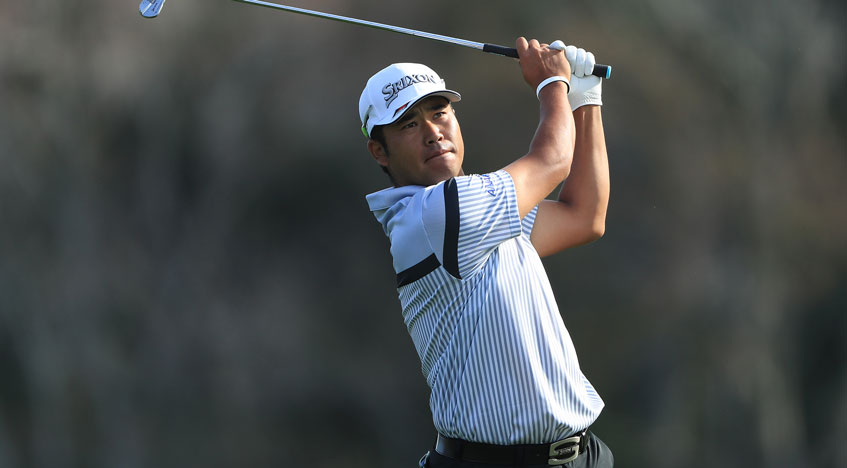 Hideki Matsuyama got out early Thursday and tied the course record.

DONE — PGA Tour Pulls Plug On The Players And Beyond

Welcome to our strange new world.

The NBA called it quits.  The NHL isn’t playing.  March Madness is gone and no one knows when Major League Baseball will start.

Welcome to our strange new world.  Welcome to the fear of the Coronavirus.

Thursday night, after much deliberating, the PGA Tour pulled the plug on the 2020 Players Championship.

This was the statement released by the tour:

“It is with regret that we are announcing the cancellation of the Players Championship.  We have also decided to cancel all PGA Tour events—across all of our tours—in the coming weeks, through the Valero Texas Open.

“We have pledged from the start to be responsible, thoughtful and transparent with our decision process. We did everything possible to create a safe environment for our players in order to continue the event throughout the weekend, and we were endeavoring to give our fans a much-needed respite from the current climate. But at this point–and as the situation continues to rapidly change–the right thing to do for our players and our fans is to pause.”

Everything started out as usual early Thursday morning.  It was a bluebird sky, one of those wonderful Florida spring days that folks up north dream about.  Early risers made their way to the course to watch the morning wave.   Hideki Matsuyama would turn out to be the hot man in the morning and by early afternoon, he tied the course record with a nine-under par 63.  He began his day on the back nine and turned three under.  Could have been better had he not watered his second shot at the par five 16th — he made bogey there.

On the front, he lit it up thanks to a birdie at two then three straight beginning at five.  The Japanese star capped it off with a great second into the par five ninth that had him staring at eagle.  The Rising Son holed it, gave everyone a nice fist pump and signed for 63.  Perfect conditions, not much of a breeze, soft greens and lush fairways.  The getting was good.

Around the noon hour, Commish Jay Monahan made this announcement:

“I’ve spoken to President Trump this morning, and I spoke to Governor Ron DeSantis a few hours ago as well. Our team is in constant communication with local health authorities in each market in which our tournaments are played, and we are tracking and monitoring the health information provided by the Centers for Disease Control and World Health Organization in addition to the travel advisories provided by the U.S. State Department. Both the White House and the Governor’s office have been and are supportive of the precautionary measures we have taken to this point.

It goes without saying that this is an incredibly fluid and dynamic situation. We have been and are committed to being responsible, thoughtful and transparent with our decision process.

With that as pretext, at this point in time, PGA TOUR events – across all Tours – will currently proceed as scheduled, but will do so without fans. This policy starts at THE PLAYERS Championship tomorrow (Friday) and continues through the Valero Texas Open. It’s important to note, that could change, but for the time being, this decision allows the PGA TOUR, our fans and constituents to plan, prepare and respond as events develop.

Further, the recently announced travel advisories and potential logistical issues associated with players and staff traveling internationally limit our ability to successfully stage the Corales Puntacana Resort & Club Championship. Therefore, we are going to postpone that event and will provide details in the coming weeks on a reschedule as this situation develops.”

The show went on in the afternoon but the atmosphere was strange.

The biggest of the big groups went out just before 2 p.m.  World’s No. 1 Rory McIlroy, No. 2 Jon Rahm and No. 3 Brooks Koepka basically slept-walked in the early part of their round.  By day’s end, Rory found himself three-over but rallied with birdies over his final three holes — 16, 17 and 18 — good for even par and 72.  Bad news there is that got him a tie for 83rd.

Rahm shot 69 while Koepka birdied three of his last four for 70.

Turns out none of the scores from Thursday mattered.

Turned out to be a sobering day in the overall world of sports.

The Players is done,  the PGA Tour is now on virus hiatus, just like the rest of the major sports.

Rory McIlroy put it best at the end of his day.