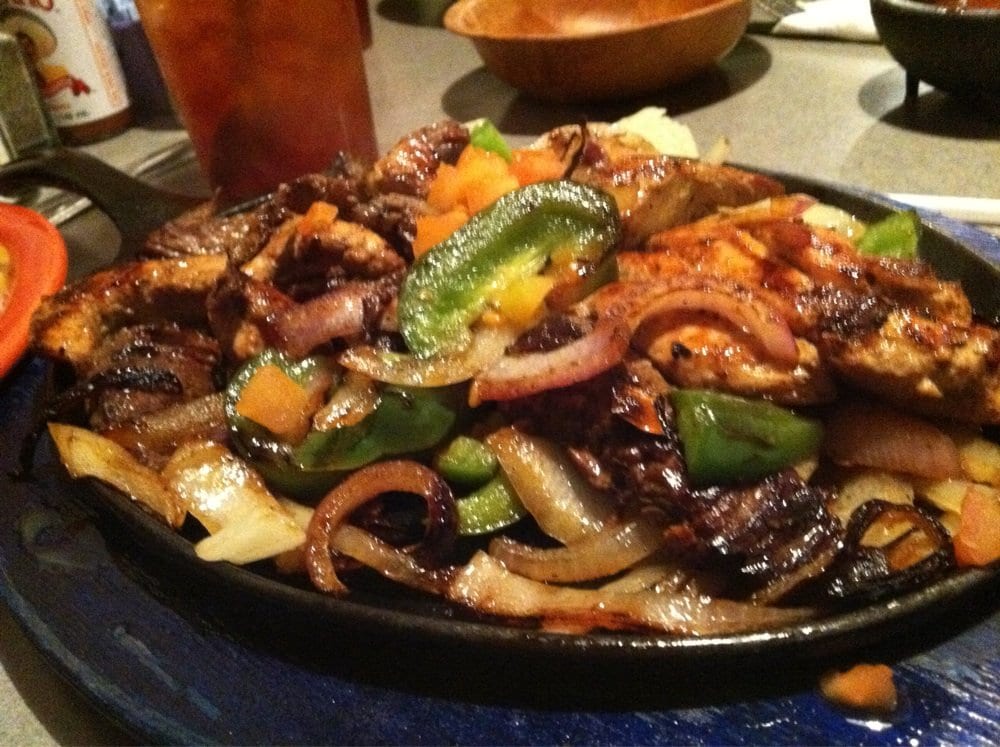 Steak and chicken fajitas will be featured at this year's Masters Champions dinner.

Tiger The Tightwad Doesn’t Mind Picking Up This Dinner Tab

It’s a known fact that Tiger Woods is a notorious tightwad.

When the dinner tab comes, he gets the dreaded “alligator arms.”

There’s one dinner tab on the horizon that Eldrick won’t mind picking up.

It’s the annual Masters Champions Dinner.  Pretty exclusive group — former Masters winners only and Augusta National Chairman Fred Ridley.  Tradition has the reigning champion choosing the menu and, of course, paying for it.

Tiger knows the drill and he’s got this year’s menu planned.

Woods said the menu will be a nod to his southern California roots: Steak and chicken fajitas plus sushi and sashimi.

Woods is going back in time to his menu from 2006, the last time he hosted the dinner.  Back then, the options were stuffed jalapeño and quesadilla appetizers with salsa and guacamole; green salad; steak fajitas, chicken fajitas, rice, refried beans; apple pie and ice cream for dessert.

Tiger had sushi on the menu in 2002 and 2003 after he won back-to-back Green Jackets.  Porterhouse steaks were also on the main course.

There was some throw-back thought in there for this year.  Back when the 22-year-old Tiger hosted in 1998, the menu looked like a fast-food offering —  cheeseburgers, chicken sandwiches, french fries and milkshakes.

“I’m debating whether or not to have milkshakes for dessert,” he said this week when he talked about this year’s menu.  He said one of his favorite moments from that year was watching Gene Sarazen and Sam Snead sip milkshakes on the porch at the Augusta National clubhouse.