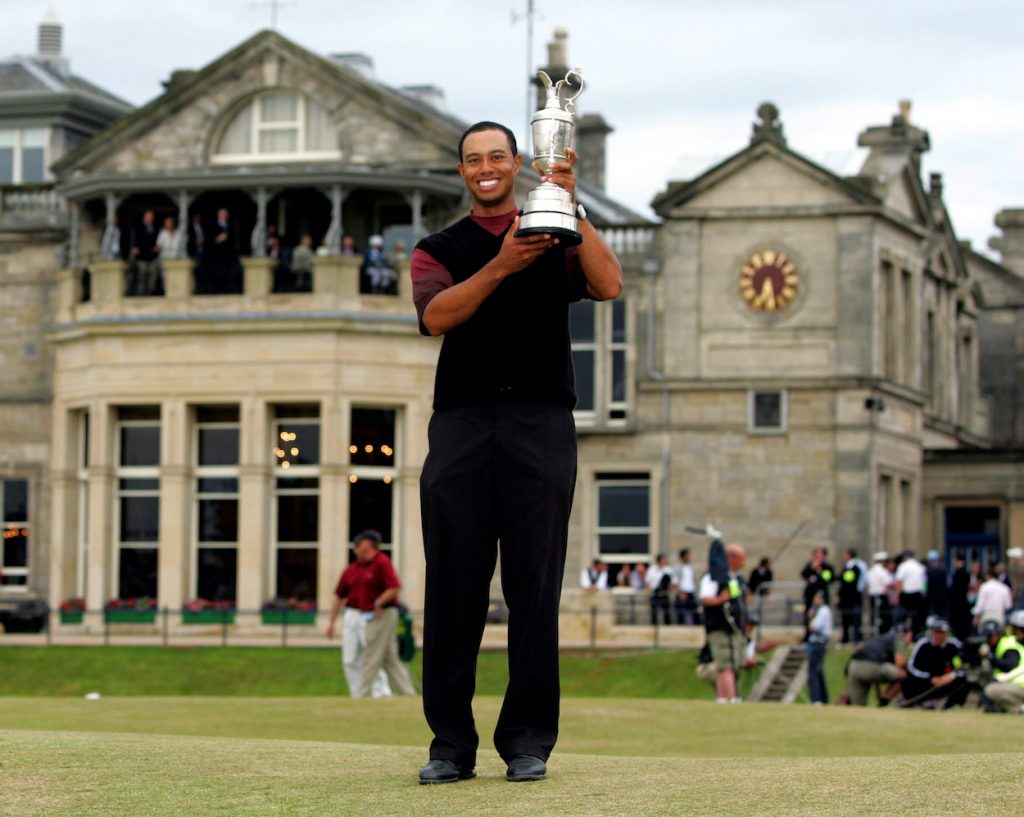 The 150th Open Championship may be the perfect stage for Tiger's return.

Tiger Woods And His Return: The Waiting And Guessing Game Begins

It was a nice pre-Christmas present to see Tiger Woods in the thick of it with son Charlie at the PNC Championship last weekend.

But now it’s time for Tiger to head back to his Fortress Of Solitude up there on magnificent Jupiter Island where he can now start for the hard part — a possible return to Tour-level, major championship-level golf against the best players in the world.

A few things to consider:

It was important to pay attention to what Tiger told everyone last week.  His endurance isn’t there.  Neither is his real “Tiger-speed” when it comes to hitting  “his numbers” through the bag, as in with each club.  Tiger also made the points he’s not in “practice shape.”  And what that means, as Tiger stated, “hitting thousands and thousands” of practice shots.  That’s a lot of practice.

Everyone seemed to be focusing on Tiger’s right leg rehabilitation and yes, that’s a true focal point, given how it was torn up and shattered in the February roll-over accident in L.A.

But there’s a bigger issue and it’s an issue that has plagued Tiger more than anything else — his back.

Truth be known and this is something everyone really needs to think seriously about is how that back will or won’t hold up if Tiger needs to hit “thousands and thousands” of golf balls to prepare for any sort of return to a high level of play.

Anyway, back to the four majors.

The Masters?  John Cook, a longtime Tiger pal and supporter, said “no way” last week when the discussion turned to Tiger possibly showing up in the 2022 Masters field.  We agree with Cook.  Tiger will be at Augusta National — for the Tuesday champions dinner.

Let’s look at what it took to get Tiger to the “hit-and-giggle” stage for last weekend.  He was bed-ridden for 90 days following the accident.  It took six months after that to get him to where he could play in the scramble event with son Charlie.  Charlie is the sole reason he was there, period.

We are of the belief that in order to hit “thousands and thousands” of practice shots, it’s going to take another five-to-six months and that includes enough strength training to walk 18 holes a day for four days after two days of nine holes per day for practice rounds.

It’s important that Tiger give that back time as well — it’s the unknown factor.

If you connect the rehab dots, it all points to St. Andrews.  The Old Course is a flat, friendly walk.  Power off the tee is not a factor there — it’s all about the lines and with Woods winning not one but two Open Championships at St. Andrews, he knows those lines off the tee better than anyone.  Often he hits irons given the enormous amount of roll you get on the Old Course.

Last week, Lee Trevino teased everyone — Lee said he knows where and when Tiger will play.

We would take that with a grain of salt.  Lee didn’t go to college but he has his PhD in non-stop talking.

What’s important is that we give him time.

Be patient, we’re sure Tiger will be.