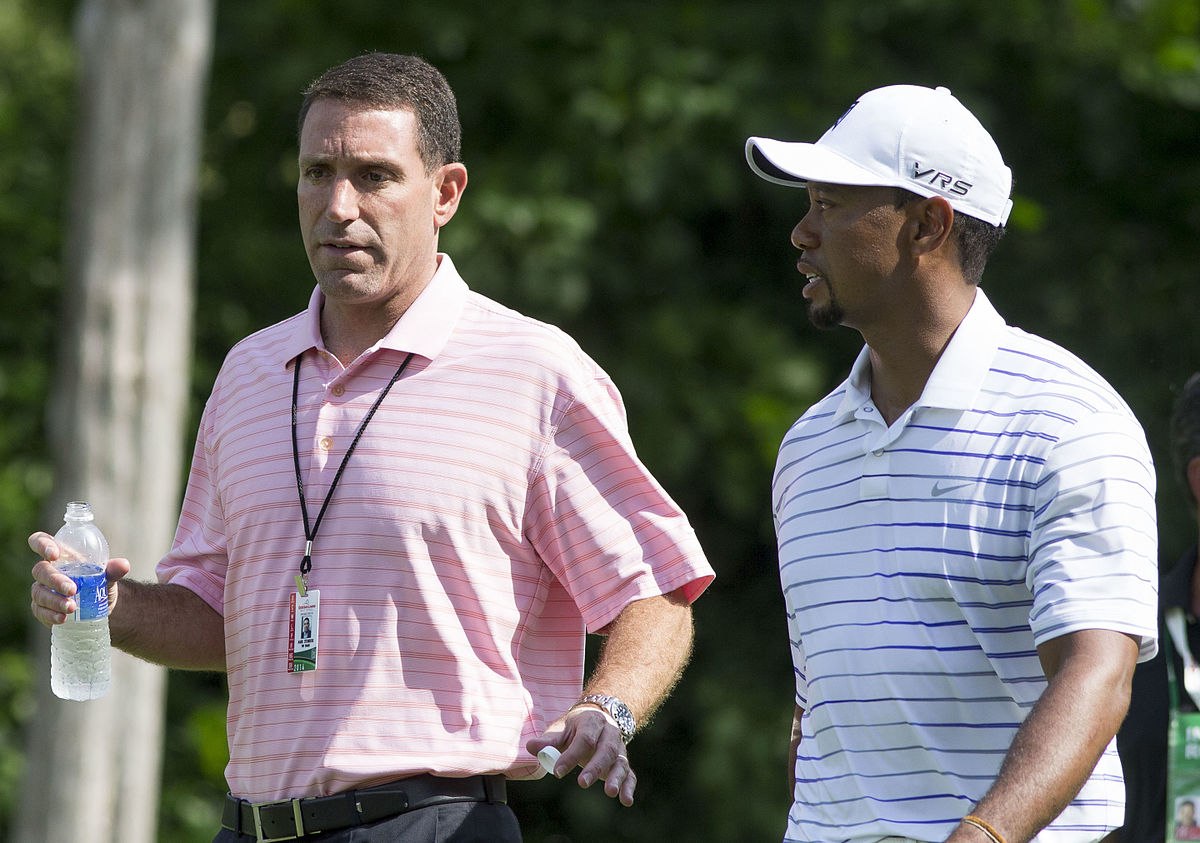 So now comes HBO with its own (and unauthorized) tale of Tiger Woods.

It is a two-parter that uses an unauthorized book to put this docu-drama together.

Mark Steinberg, Tiger’s agent and primary henchman, wasn’t the least bit pleased and that means that Tiger is most likely expressing the same sentiments to The Great Stiney.

It’s called “Tiger” and it’s not like the world hasn’t already been flooded with extensive stuff on the 15-time major champion.

“Just like the book it is based off of, the upcoming HBO documentary is just another unauthorized and salacious outsider attempt to paint an incomplete portrait of one of the greatest athletes of all-time,” Steinberg said in reference to the production.

“The book” that Stiney was lambasting was the 2018 biography written by Armen Keteyian and Jeff Benedict. Keteyian is also listed as an executive producer for the HBO two-part series, which debuts Sunday.

The documentary, like the book, delves deeply into Tiger’s growing up years and his relationship with his father, Earl.  Back when that book was published and released for sale, Steinberg took issue with it.

The HBO special is a three-hour piece that features people who used to be in Tiger’s “inner circle” but fell out of grace with El Tigre, including the likes of former caddie Stevie Williams and a couple of Tiger’s former female pals including Dina Parr and the infamous Rachel Uchitel, an Orlando night club manager at the time who was the focal point of the Woods infidelity scandal.

Naturally, there’s not a single word from Tiger in the three hours of “stuff.”  There’s nothing from any family members or any current members of Tiger’s inner circle.

All is not well down in Mexico City.

The Tour is expected to announce  that the WGC-Mexico Championship will not be played in Mexico City this year.

Seems the powers-that-be at Grupo Salinas are unwilling to stage (pay for) the event locally without the ability to have spectators or hospitality.

Perhaps someone needs to remind Grupo that the pandemic isn’t over yet.  Now there is an air of uncertainty of the events future in Mexico City.

The event was previously held at Doral just outside Miami but the course is owned by the Trump organization and the former sponsor, Cadillac, didn’t want to fork up the money the PGA Tour was requiring from a name sponsor.  In stepped Grupo Salinas and the event moved south of the border in 2017.

Patrick Reed was last year’s winner at Chapultepec Golf Club/ Whether a new sponsor is needed to put on the event, or if there is a reduced purse from the $9.5 million offered last year, is still to be determined.

The event most likely would move to Florida.  If it does, it will give players a four-tournament swing that includes the Arnold Palmer Invitational, Players Championship and the Honda Classic.