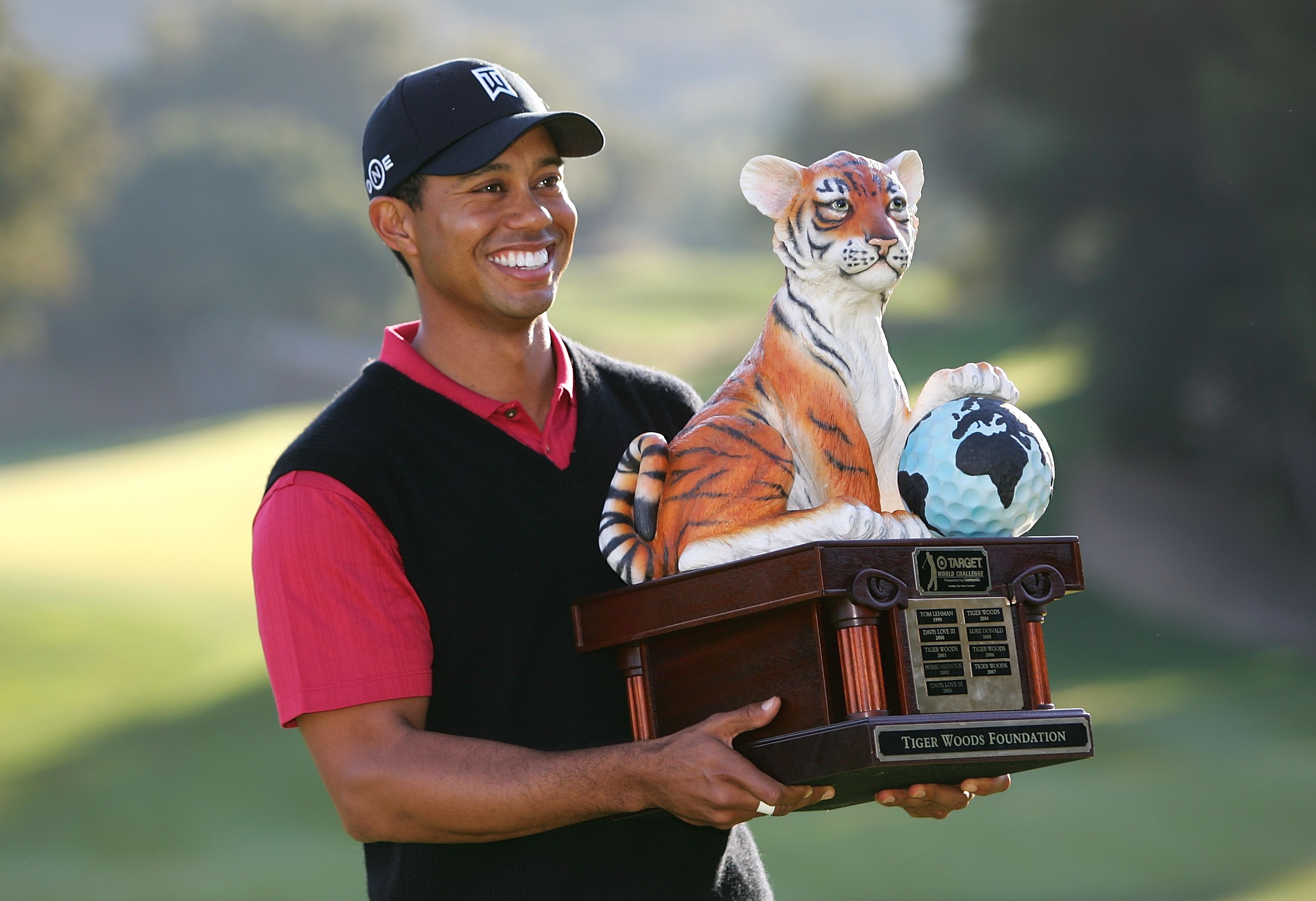 The Tiger Woods Hero Challenge begins on Wednesday of next week.

Tiger Woods Has Fun And Games Before Hero Challenge

This time next week, Tiger Woods and 17 of his closest friends will compete in Tiger’s special “invitation only” event — The Hero World Challenge.

The actual tournament will start next Wednesday, as the entire U.S. Presidents Cup team is playing in the event and will head to Australia after the Saturday final round.

Before the event, there’s going to be a little six-man exhibition match of sorts on Tuesday.

Baha Mar, the host hotel for the week, will have a target area in one of the resort’s pools.

All six players will hit wedges from 100 yards to that pool target with points awarded based on proximity: 100 points for the outer ring, 200 for the inner ring and 500 for the bullseye. Each player will have six shots at the target, with the sixth ball worth double points.

The winners of three head-to-head matchups will advance, while in the second round the lowest score among the three remaining players will be eliminated. That will leave two players to compete in a final head-to-head challenge to determine a winner.

This year’s Hero event benefits the TGR Foundation but will also benefit the ONE Bahamas fund.  They’re hoping to raise $12 million to help in the rebuilding effort in the areas hit by Hurricane Dorian earlier this year.