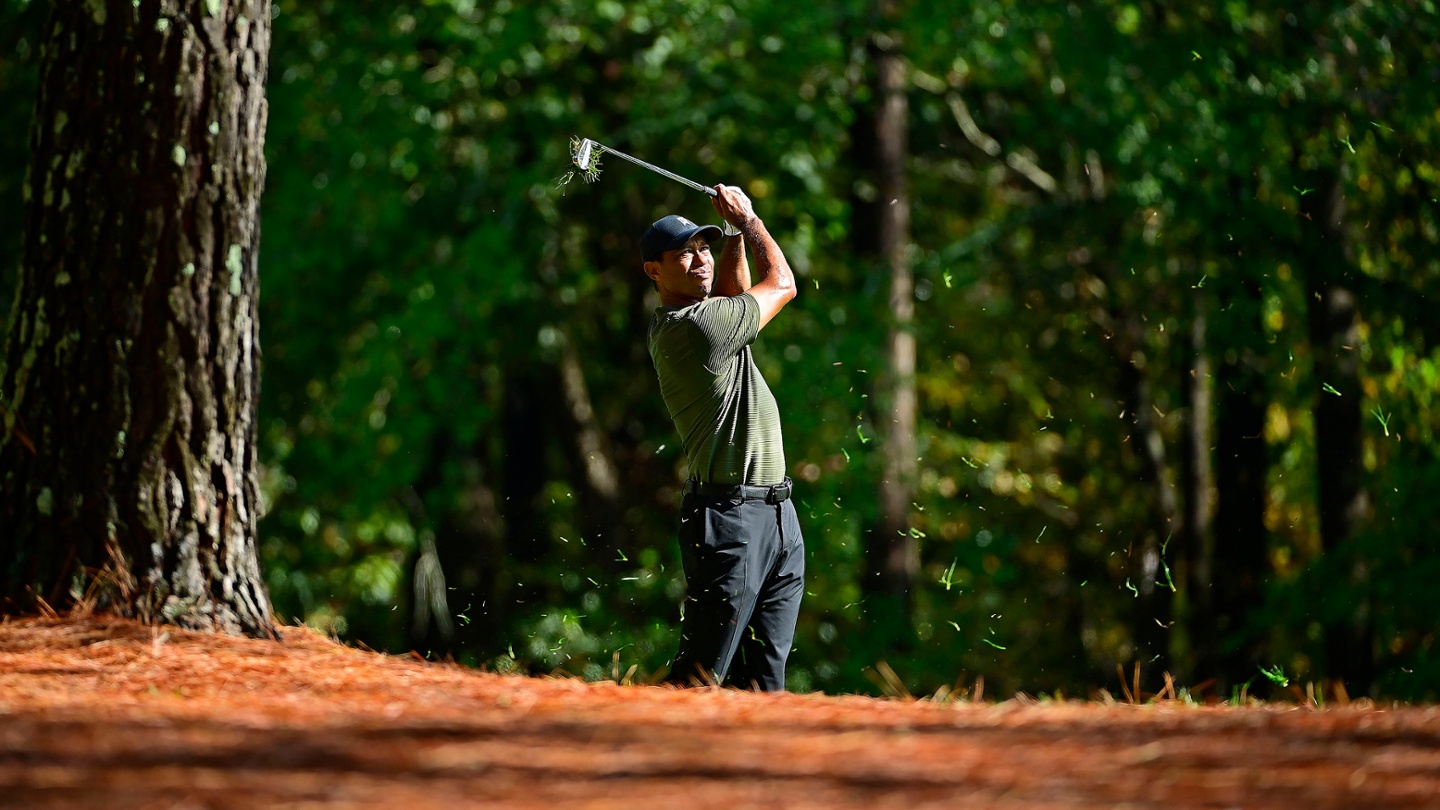 Tiger Woods got through the tough early holes on his way to an incredible start.

Tiger Woods Holds It Together Early Then Has A Superb Day

Can Tiger Woods flip the switch and put himself in contention at the 84th Masters?

Yes he can and yes he did.

It’s called experience.  “There’s a sense of east because I know how to prepare,” Woods said after signing for a bogey-free opening 68.  “it’s just experience and understanding how to play the golf course.  And he played it well on Thursday morning.

“It was good all around,” Woods said of his game.  “Hit my irons well and putted well.  The putts weren’t breaking as much — I missed a lot on the high side.”

Woods had an early tee time, scheduled for 7:33 but after the two hour, forty-five minutes weather delay, he got out after 10 and got through the tough opening holes — 10 and 11 as he started on the back nine with the two-tee start.  “Early on the greens were slower,” Woods pointed out.  “The greens are so soft and you have to take advantage.”

He took advantage with scrambling pars at 10 and 11 then settled in and played the last seven holes three-under.  Tiger ran in a nice 15-footer at the first then rattled off eight straight pars to finish.

“It was awesome to be out there,” said Woods, looking to defend and snag his sixth Green Jacket and 83rd victory — both are in play after his start.  It was his first bogey-free round in his last 106 major championship rounds and his first-ever bogey-free opening round in The Masters.

He said he especially missed the crowds.  “No patrons, the electricity’s just not there,” he pointed out.  “You didn’t know if you hit a good shot, if it was close.  We kept asking the camera guys.”

He’s looking forward to Friday but he probably won’t finish and will be part of the wave of players who have to finish the second round on Saturday morning.

“We’ll be back to play tomorrow at whatever time it is,” he finished, flashing a big smile.

When Jack won his sixth Masters in 1986, it was exactly 23 years after his first Masters victory.  Jack was ranked 33 in the world coming into the ’86 Masters.

This week marks exactly 23 years since Tiger Woods won his first Masters.  Tiger is ranked 33 in the world coming into this week.