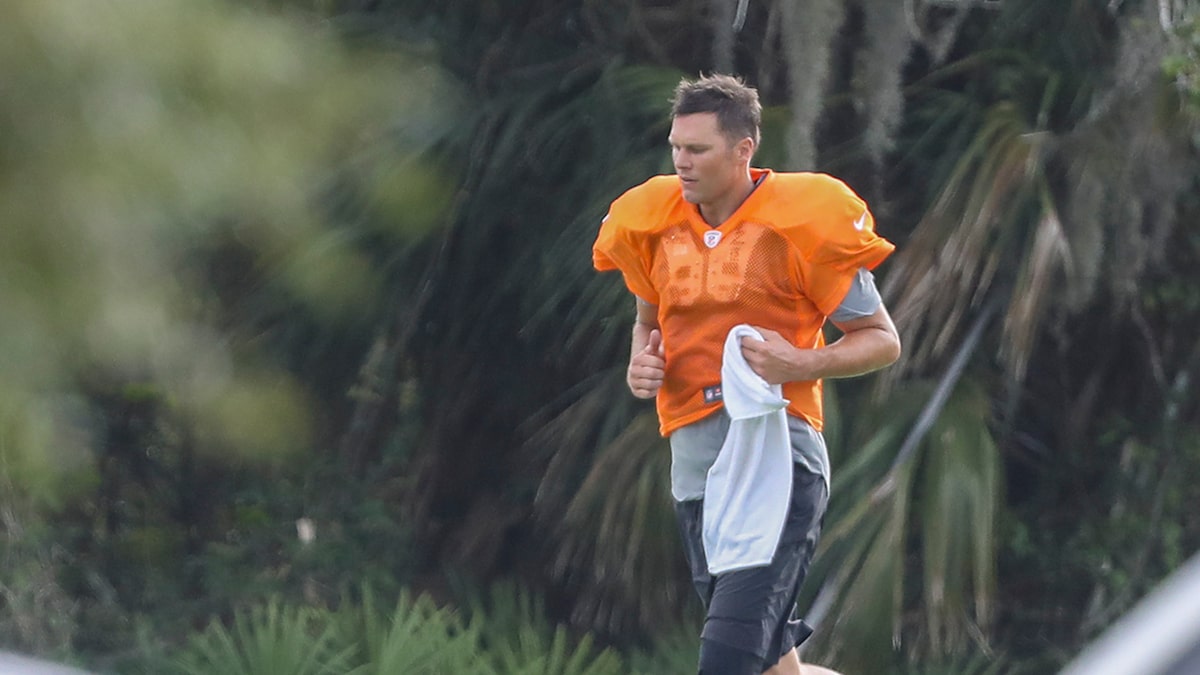 Tom Brady looked nervous and rusty at The Medalist on Sunday in the big COVID-19 Fundraiser with Tiger Woods, Phil Mickelson and Peyton Manning.

Brady had a good reason — he does something else for a living — like throw footballs.  That’s what he was doing most of last week in steamy Tampa.  He put out the call to his new band of pass-catchers for the Tampa Bay Buccaneers and they spent time at the Berkeley Prep School facility working on pass routes.

It was obvious that Brady hasn’t spent much time working on his golf game — he looked horrendous over the first nine holes of the big match.  He eventually overcame the rust and nerves and performed well over the final nine holes.

It was the first time Tampa football fans had a chance to see Brady on camera and you can bet a bunch of them tuned in, even if they had no interest in golf.

Brady’s arrival in Tampa has the city and the nation talking about the Buccaneers for the first time in a long time.

Brady’s popularity showed when he put together a “Tom Brady Experience” for the All In Challenge to provide funds for Corona Virus relief.

Brady, who left the Patriots in March to play for Tampa Bay, auctioned off tickets to his first game as a Buccaneer as well as a private dinner or workout. For good measure, the 42-year-old also put up his first game-used uniform and cleats.

“So are you feeling Italian or sushi for dinner?” Brady wrote in an Instagram last Tuesday in response to the auction, which had a starting bid of $50,000.

The buyer of the Brady experience was UTube star Logan Thirtyacre, a 25-year-old Brady fan who has nine million subscribers to his UTube account.  His winning bid of $800,000 was well below his budget, he was willing to go up to $2 million to meet and spend time with Brady.