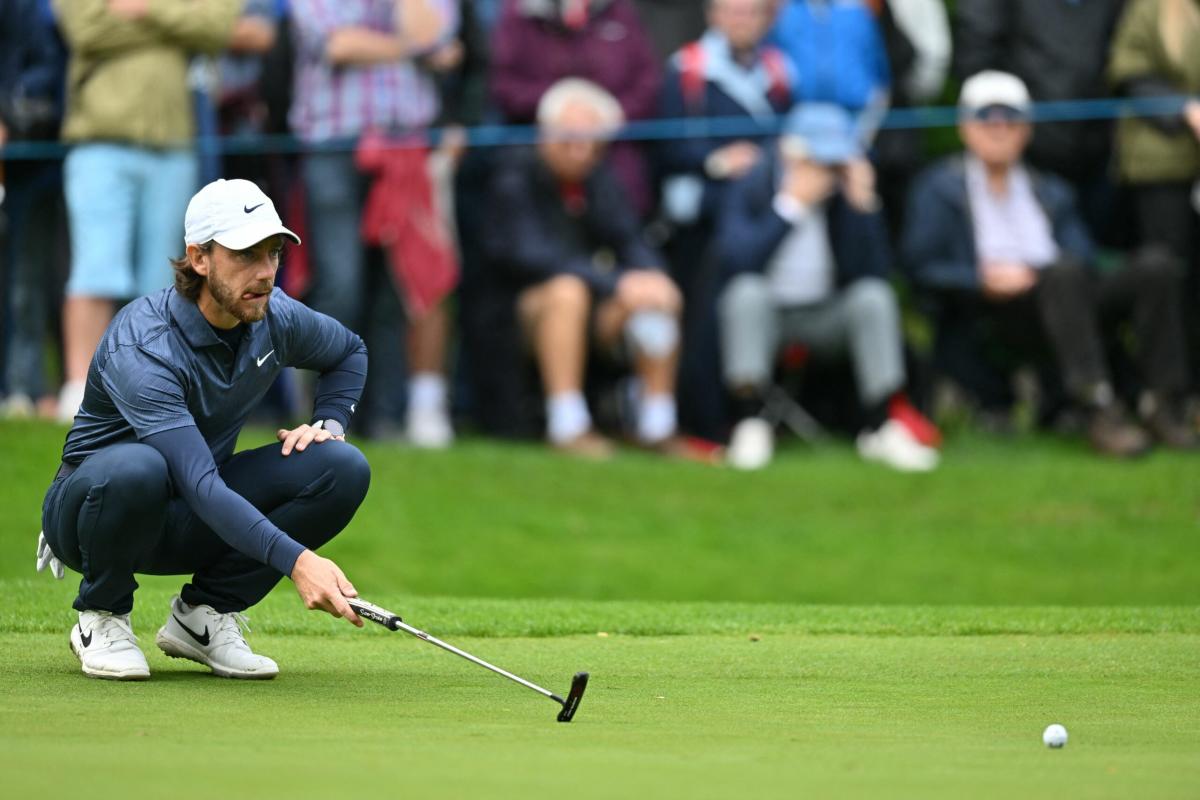 After six weeks away from the game, Tommy Fleetwood made a nice return on Thursday.

After the Open Championship last July at St Andrews, Tommy Fleetwood stepped away from golf after his mother passed away.

Tommy spent time consoling friends and family and was, in turn, consoled.

Fleetwood made his return Thursday after six weeks away from the game and took care of business in the early morning rains at stately Wentworth.  Fleetwood birdied six of his final seven holes and came back with a roar, shooting an eight-under par 64 to take a share of the day one lead at the BMW PGA Championship.

“It’s nice to be back more than anything. Six weeks off is more like two years, I guess,” Fleetwood said after his round.  “When you stand on the first tee, you don’t know what to expect no matter how well you might have been practicing or playing.  It’s just nice coming back. It was a lovely grouping to come back to, best friends on tour. It’s nice. I played well.  It’s always better that I played good rather than bad. But yeah, it was just nice to be back.”

The “lovely grouping” Fleetwood referred to were playing partners Shane Lowry and Justin Rose.  Lowry put himself in the thick of it with a six-under par 66 while Rose found the going tougher — a double-bogey at the par five 12th spoiled his morning and he finished with a over-over par 73.

The morning rain at Wentworth was heavy at times and left the fairways and greens soft.  They were playing the ball down, which created a lot of “mud balls” for most of the field.  The rough was also testy — it is long and when you add moisture, it made things tough for players missing fairways.

Fleetwood had company at the top.  Young Viktor Hovland played his last three holes in four-under par with birdies at 16 and 17.  At the par five 18th, he hit his second to 16 feet and holed the putt for an eagle to finish his day.  Later in the day, Andy Sullivan made it a trio at the top with his own 64.

DP World points leader Rory McIlroy had a steady but unspectacular round of 68 that put him the hunt.

Unheralded Englishman Matthew Jordan was alone in fourth place with a seven-under par 65.

Later in the day, play was suspended when Buckingham Palace brought forth the news that Queen Elizabeth II passed away at the age of 96.  He 70-year reign made her Great Britain’s longest reigning monarch.

The moment the announcement came from Buckingham Palace late Thursday (6:30 p.m. in the UK), players were pulled off the course, play suspended.  There will be no play on Friday and the rest of the tournament faces uncertainty.  Great Britain will have a 12-day mourning period for Queen Elizabeth II.

All we can say to Rickie Fowler is:  What the heck took you so long?

Fowler confirmed this week that he is going back to his former swing coach — Butch Harmon.  Fowler is set to make his new season debut next week at the Fortinet Championship next week at the Silverado Resort in the Napa wine country.

Fowler will also have a new caddie — he’s teamed up with Ricky Romano.

As for Harmon, he pretty much stays put in Las Vegas these days which means Fowler will be heading west for a refresher prior to the Fortinet.

Fowler teetered on the brink last season but ended up inside the top 125, securing his playing privileges for the 2022-23 season.