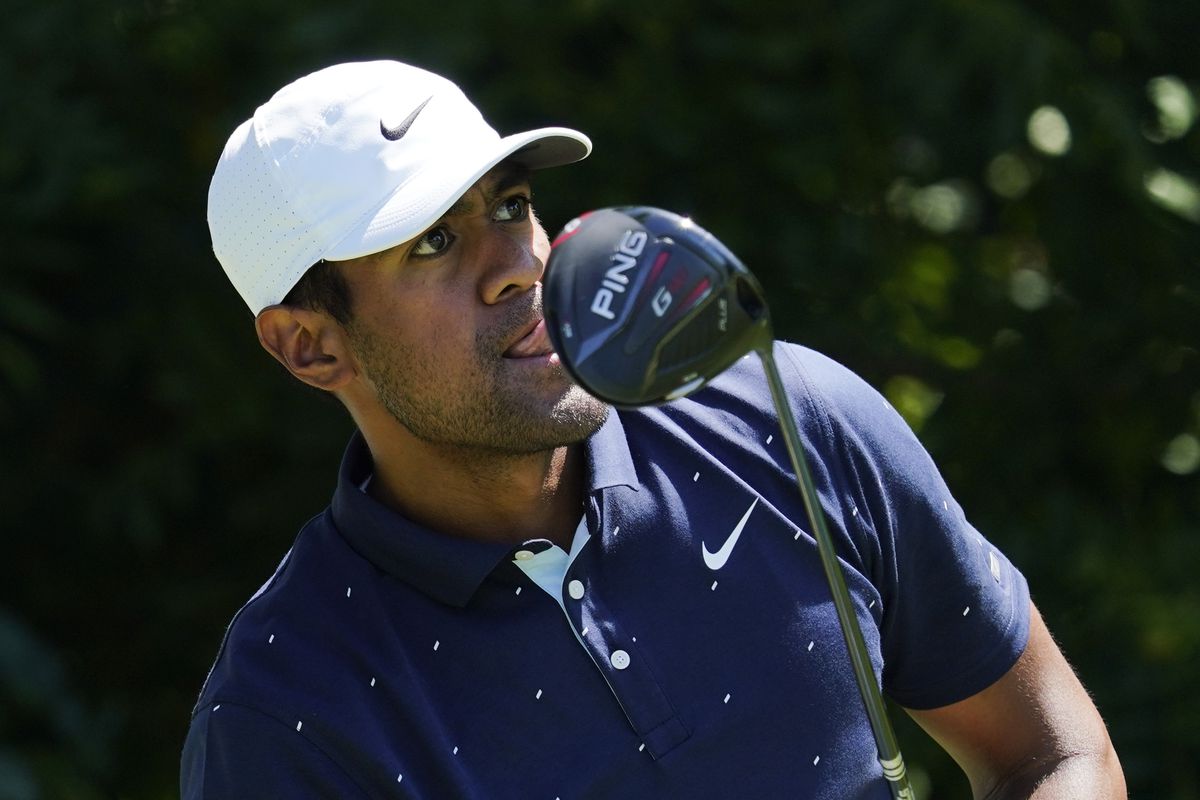 Tony Finau has decided to show that he has power than can rival Bryson DeChambeau.

Tony Finau (66) Shows He Can Crush It Like DeChambeau

DeChambeau’s mind-boggling driving distance has been the talk of the PGA Tour the past few weeks and his massive drives were on display again Thursday at The Memorial.

But he wasn’t alone.

DeChambeau’s smash-and-search style didn’t add up to much in the first round.  His 73 left him seven shots behind leader Finau, who unleashed a series of monster drives during his round.

At the 18th, he crushed one 368 yards, carrying all the trees and traps that guard the right side of the home hole at Muirfield Village.  All he had left was a flip wedge that he snuggled inside 10-feet and holed the putt for a six-under par 66 that gave him the day one lead.

“I made a lot of putts.  I filled it up,” said Finau, whose putting has held him back at times.  “Felt great out there, it was playing really tough.”

Finau was at home and DeChambeau’s power game struck a chord.  “It got me thinking, seeing him hitting it that long and straight, got me thinking about my game (driver).  I’m in the early stages,” Finau said of his decision to let the shaft out on his driver.  He has played on tour using about 75 percent of his actual power.  He has the build to launch it — he’s taller with longer arms than DeChambeau.  When he was at home with his swing coach, he produced ball speeds in excess of 200 miles hour — “206 to be exact,” Finau pointed out.  His carry yardage was north of 380.  During the Wednesday skins game when he partnered with Jon Rahm, he produced a 425-yard monster drive on 17 that was three-yards off the center line that was chalked on the hole for a straightest drive contest.

To date, Finau has been an underachiever.  He’s been in the world’s top 10 but has only one Tour victory.  That could change in the coming months.

It was a gruesome day for some big name players on Thursday at The Memorial.

Dustin Johnson, the world’s No. 4, and winner at The Travelers, had a miserable opening round.  Three double-bogeys and four bogeys added up to nines of 39-41 and a snowman.

Johnson’s playing partners in the morning wave didn’t exactly tear it up either.  Xander Schauffele struggled in with 78.  Justin Thomas, who lost in a playoff to Collin Morikawa last week on the same course, was the group medalist with 74.

Rickie Fowler will probably be going home early.  Fowler signed for an opening 81.

Ryan Palmer had two lousy days last week on a much easier Muirfield Village course.  He shot 77-81 and missed the cut — badly.

He went back to an old putter, worked out some swing faults and suddenly found himself re-born on a much more difficult Muirfield Village course on Thursday.

Palmer shot 67 and was just a shot off the lead of Tony Finau.  He finished on the front nine, birdied three of the last five holes to complete his one-week turnaround.

When asked about the extreme distance generated by DeChambeau, Jack Nicklaus had an instant response:

“The USGA has to wake up sooner or later.  I’ve been after them for 40 years.  The golf ball (distance) is a very easy thing to fix.”

You probably need to see it to believe it.

For Thursday’s first round at The Memorial, Phil Mickelson unveiled a funky new putting stroke.  We call it the “start-stop-go” stroke.  Mickelson takes his putter back as usual but then stops the putter head completely for about a two-count, then starts the stroke again.  Leave it to Phil to think outside the box.