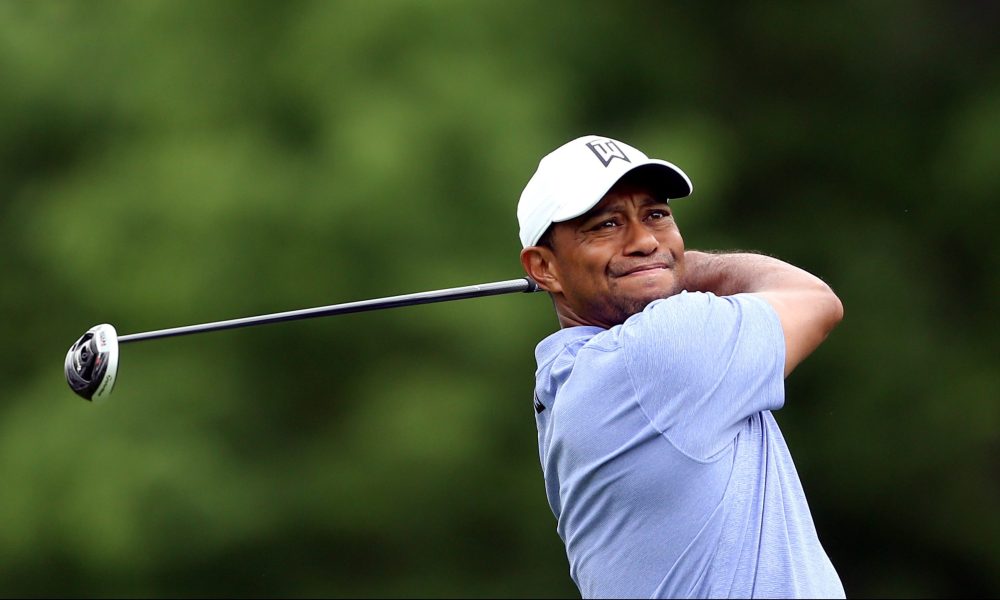 TIger Woods birdied the 18th hole Thursday for an opening 71.

Tiger Woods Knocks Off The Rust, Gets In The Memorial Hunt

Tiger Woods wasn’t afraid to admit it Thursday at Muirfield Village after his opening 71 at the Memorial.

“I still felt the same eagerness, the edginess, the nervousness starting out,” said the owner of 82 PGA Tour titles.

It’s been a whopping 151 days since Woods has been seen on the PGA Tour, a very long 151 days.  The world was waiting to see the condition of Woods’ game.

Tiger got off to what he called “an ideal start.”  It was ideal — two birdies on his first three holes, keeping company with the world’s No. 1 — Rory McIlroy and Brooks Koepka, who will defend his PGA title in a few weeks.  Heavy company.

Woods looked comfortable even though the conditions were ripe for discomfort.  “The wind was pumping and swirling all over the place,” Woods pointed out.  It made for a much different Muirfield Village course than the one Collin Morikawa mastered last week at 19-under par.  This Muirfield had teeth, sharp ones.  “The course is fast and will get faster,” Woods predicted after he ran in a 14-footer for birdie at the 18th to end his day on a high note.  His 71 made him one of only 24 players in red numbers.  Long, juicy bluegrass rough, greens stimping north of 13 and that wind factor roughed up a lot of big names.

The world’s No. 1 only nipped him by a shot and Tiger was a shot better than Koepka, who’s still searching for his “A” game.

“I felt good, I was a little bit rusty but felt like, overall, it was a good start,” Woods said, without the typical throngs engulfing him all day.  “The energy wasn’t the same without the fans,” he admitted.  “It was a different feel, a new reality, one we’ll have to get used to.”

Woods was pleased with his game off the tee, although he birdied just one of the par fives.  I just didn’t make anything today,” he lamented.  Although he did run that one in to finish his round with a three at the difficult 18th.

His iron game was solid save for a power-pull seven iron at the par three eighth left him long and in the thick stuff, unable to save par even with his exquisite short game.

He made the turn in even par then ran off a string of five pars before he birdied the par five 15th, his only par five birdie of the day.  At the par three 16th, it was tough for anyone to keep a ball on the green downwind and Woods found himself in a back bunker and that would lead to bogey.

But considering the length of his absence, overall it was an impressive performance.

One onlooker was host Jack Nicklaus, the only man with more major championships than Woods.  “It’s tough today,” Nicklaus observed.  Tiger looks like what we’d expect.  It’s his first round but one good round and he’s in the middle of it.”

Woods found himself five shots off the impressive 66 that Tony Finau put on the scoreboard.  That number wasn’t surprising to anyone who saw Tony play the back nine Wednesday afternoon when he made four birdies and an eagle in the charity skins game and shot 30.  On Thursday he came home 31 with a birdie at the 18th that was set up by a 368-yard drive.

There’s a long way to go on this souped-up version of Muirfield Village, one tough enough to challenge a field that is stronger than the last eight Masters tournaments.

Yes, Tiger was back, finally and physically, he looked just fine.