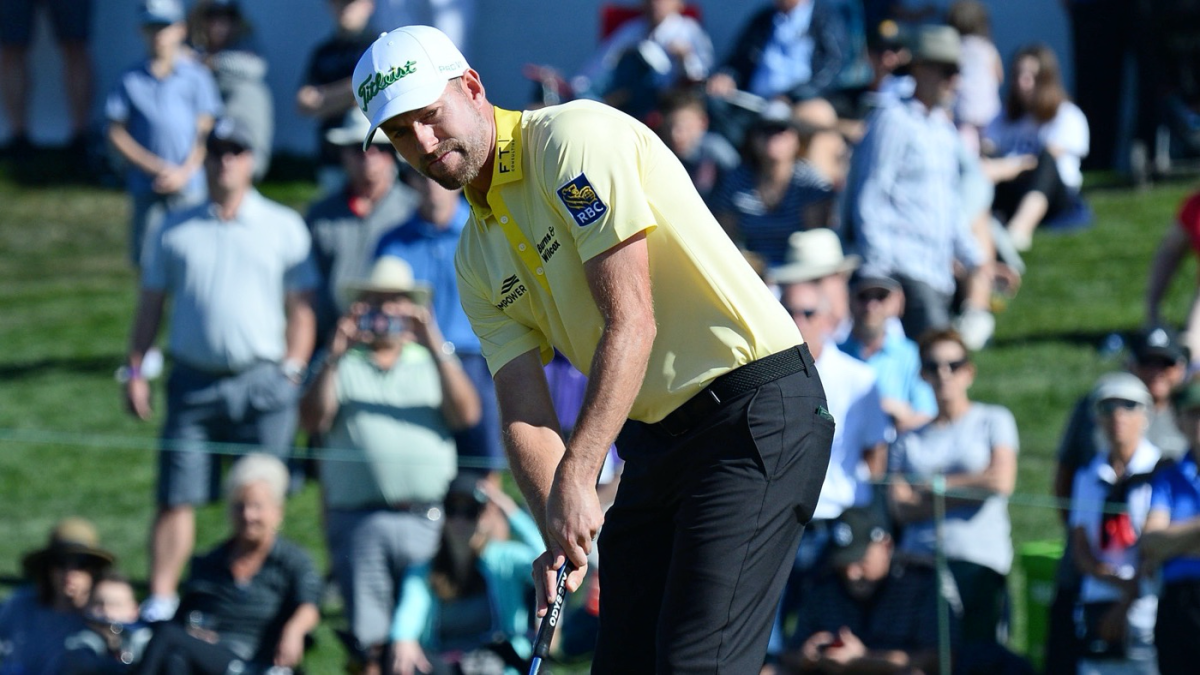 A two stroke lead evaporated in what seemed like the blink of an eye, sending golf’s loudest and most heavily-attended event into a playoff that ended with yet another clutch birdie putt from former U.S. Open and Player’s champ — Webb Simpson.

In the end, Finau just couldn’t match the deadly clutch putting of Simpson, who holed one from just inside 18 feet to force the playoff then ended it with another from 12 feet in overtime.

And that appears to be Finau’s Achilles Heel — putting.  He putted well most of the week but when it mattered most, he didn’t.

Finau is incredibly accomplished and well-liked, he’s ranked 13th in the world yet his victory resume is malnourished with one skimpy win coming in the 2016 Puerto Rico Open — one of those unhallowed opposite-field tournaments.   Over the past two seasons, he’s had six runner-up finishes.  Sadly, the latest came at the TPC Scottsdale on the first playoff hole.

This one should never have gotten to a playoff.  Finau was locked-up with Simpson in a nail-biter down the stretch, it had turned into a two-man race when Justin Thomas (65), Bubba Watson (66) and Nate Lashley (68), all came up short at 14-under.

Finau stood on the par five 15th tee box with a one shot lead over Simpson — he was 17-under, Simpson 16.  Finau hit a massive, perfect tee shot.  Simpson then hit a big hook that found the water  left of the fairway.  Simpson would make bogey and Finau had a nice birdie putt from inside eight feet to make it a three-shot lead.  Tony missed that putt and it would prove to be the huge factor down the stretch.

Both players parred the 16th, surrounded by nearly 20,000 well-lubricated fans.  At 17, Finau’s downfall and Simpson’s uprising began.  Simpson looked over an 18-footer for birdie then absolutely buried the right-to-left breaker, dead-center.  Finau made par.  At 18, Webb’s drive was perfect and from 123 out, he got his approach to 12 feet.  Finau’s monster drive ended up in the first cut, just 83 out and he hit a gem inside nine feet.

Of course Simpson buried his for birdie to tie Finau at 17 under.  All Tony needed was the short putt for victory.  But just as he had at 15, he missed again.  Playoff!  Finau shot one-under par 70, Simpson two-under, 69, on a day when the final group found birdies more scare than Super Bowl tickets.

The playoff was very predictable after both found the green in regulation when Simpson got his approach to 10 feet and buried a third straight birdie for his sixth PGA Tour win.

It was a tough one to swallow for Finau.  He had originally committed to play in Saudi Arabia but had a change of heart.  His family just moved to Phoenix, about 10 minutes from TPC Scottsdale.

“It’s a bitter week as I look back on it. But man, lots of stuff to be learned,” Tony lamented.  “I had a chance, a great chance to win this week. Unfortunately, it didn’t happen, but my game’s better than it’s ever been. I have more confidence now than I’ve ever had. And again, if you know anything about me, I’ll persevere through anything. If you want to say this is a stumbling block or whatever it is, to chase this next one, but I’ll knock it off soon and will be on my way.”

As for Simpson, who moves now to No. 7 in the world rankings, his experience and ability to close out a win showed.

“It was a gut check for sure,” Simpson said.  “I felt like it was a good setup for me playing 18 over and over.  Tony played awesome.  He’s gonna win a lot of tournaments.”

Sure, Webb, Tony’s gonna win a lot of tournaments.

The only question is: