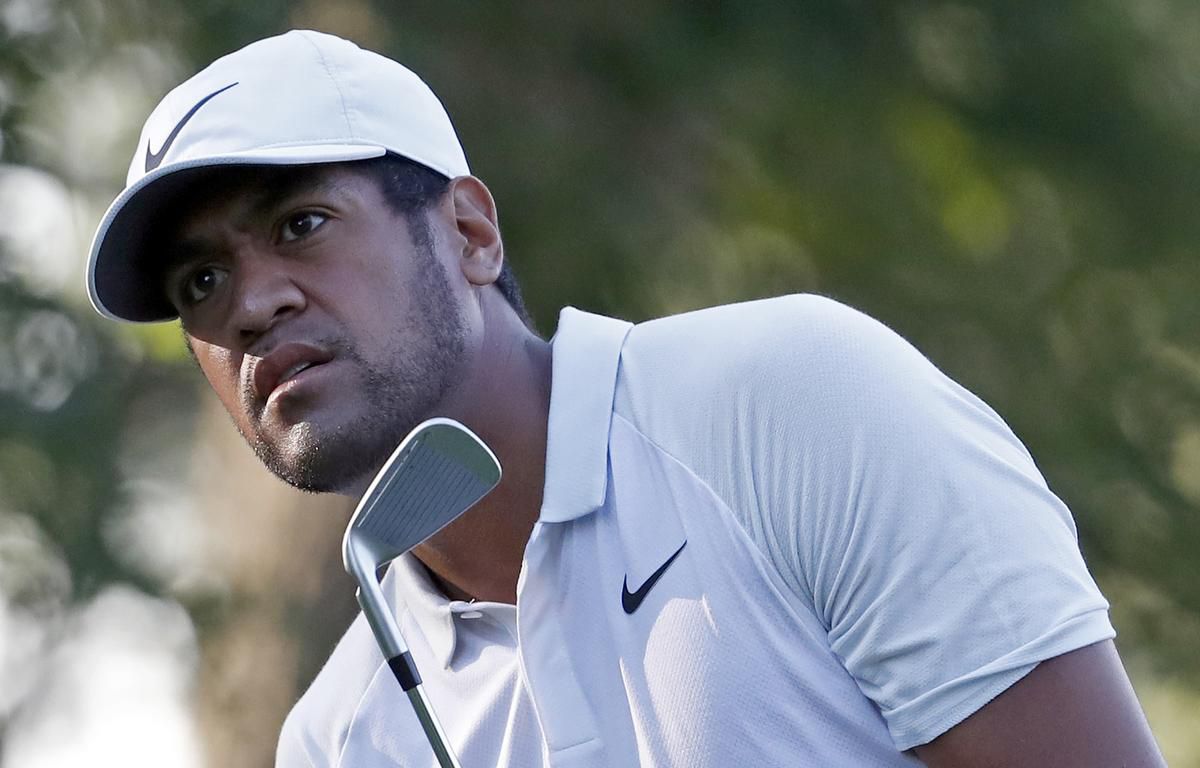 The rise of good-guy Tony Finau is one of those stories of a youngster who grew up without a lot of means and worked his way through the expensive world of golf to become a star on the PGA Tour.

Last week, Finau was served in a civil lawsuit where plantiff Molonai Hola claims he basically financed Tony and his younger brother Gipper, during the formative years of their golf  careers.

In the complaint, Hola is asking for more than $16 million in money owed and compensatory monies.

This lawsuit was filed in the Third District Court in Salt Lake City a few days after the just-finished U.S. Open at Winged Foot, where Tony tied for sixth.

Hola claims that for several years, he paid Finau and his family’s expenses with the agreement that he would be paid back.  Hola says that no compensation was ever returned.

In the filing,  Hola claims he started financing expenses for Tony and his younger brother Gipper Finau back in 1997. Gipper was also named in the lawsuit along with their father Kelepi “Gary” Finau, the Wasserman Media Group and Tony’s agent, Christopher Armstrong.

Tony and his brother turned professional in 2007.  Tony won the 2006 Utah State Amateur while his brother became the second youngest player to make a cut at a PGA Tour event after playing in a Nationwide Tour event in Utah.

Both Finau brothers came into the national spotlight when they competed in The Golf Channel reality show “The Big Break.”

Things allegedly got pricey for Hola when Tony and Gipper went to live in Florida and received lessons from David Leadbetter in Orlando.  The suit claims Hola paid the living expenses for the family while they were there.  He paid for the brothers’ golf-related travel expenses, the family mortgage payments, medical insurance and a new car.  That all added up to $592,371.37.  Hola is asking for that money back plus interest along with compensatory damages of at least $16 million plus interest.  Hola also claims the brothers promised to give him 20 percent of their future professional earnings.

The only statement so far came from Finau’s manager, Armstrong, who told the local paper:  “We are aware of the matter and have the utmost faith in the legal process.  We will not be making further comment at this time.”  Tony, Gipper  and their dad are mum on the matter as well.

This lawsuit harkens back to the days of PGA Tour players in the 60s and 70s where players were often “sponsored” by local friends, club members and business guys to help them get started in professional golf.  Back then, equipment companies weren’t falling all over themselves to cut players huge checks just to play their clubs and balls before said players even played in their first event.

Sponsors were a necessary evil.  Even big-name amateurs got their start with local “sponsors.”

Tiger Woods set all sorts of records when he signed something in the neighborhood of $25 million in endorsements before he teed it up in his first event.  There were, however, whispers that International Management Group had secretly financed Tiger’s expensive amateur career.

Your editor-in-chief once tip-toed into the precarious pool of player sponsorship back in the mid-70s when the NTGA mini-tour attracted some big name players to the Tampa area like Tom Kite, Larry Nelson and others.  We were friends with a fledgling hopeful named Rex Caldwell and he was flat-broke and didn’t have the $300 needed to enter an event one week.  Well, Tribune Sports Writer Tom Edrington stepped up, paid Caldwell’s $300 entry fee and Rex agreed to split 50-50 whatever he earned that week.  That number turned out to be zero.

On top of that, Rex borrowed my MacGregor DX-Tourney 3-wood.

Rex finally made it to the PGA Tour, won one event, tied for third at the ’79 PGA Championship and tied for 11th in the 1984 Masters.

The $300, well, that’s the risk of sponsorship.  But I wished more than once that Rex hadn’t run off with my three-wood.

So in this case, it looks like Mr. Molani Hola went in pretty deep with the Finau brothers, according to him and his lawsuit.

Will be interesting to see if he has any sort of formal written agreements signed by Tony and his brother.  You sign agreements because you basically are agreeing not to disagree.

Finau has earned nearly $20 million in his career, which is still blossoming.  He’s also made some good endorsement money as well.

Hopefully this gets settled out of court.  Is Tony on the hook for $16 million?  It will be interesting to see where this leads.