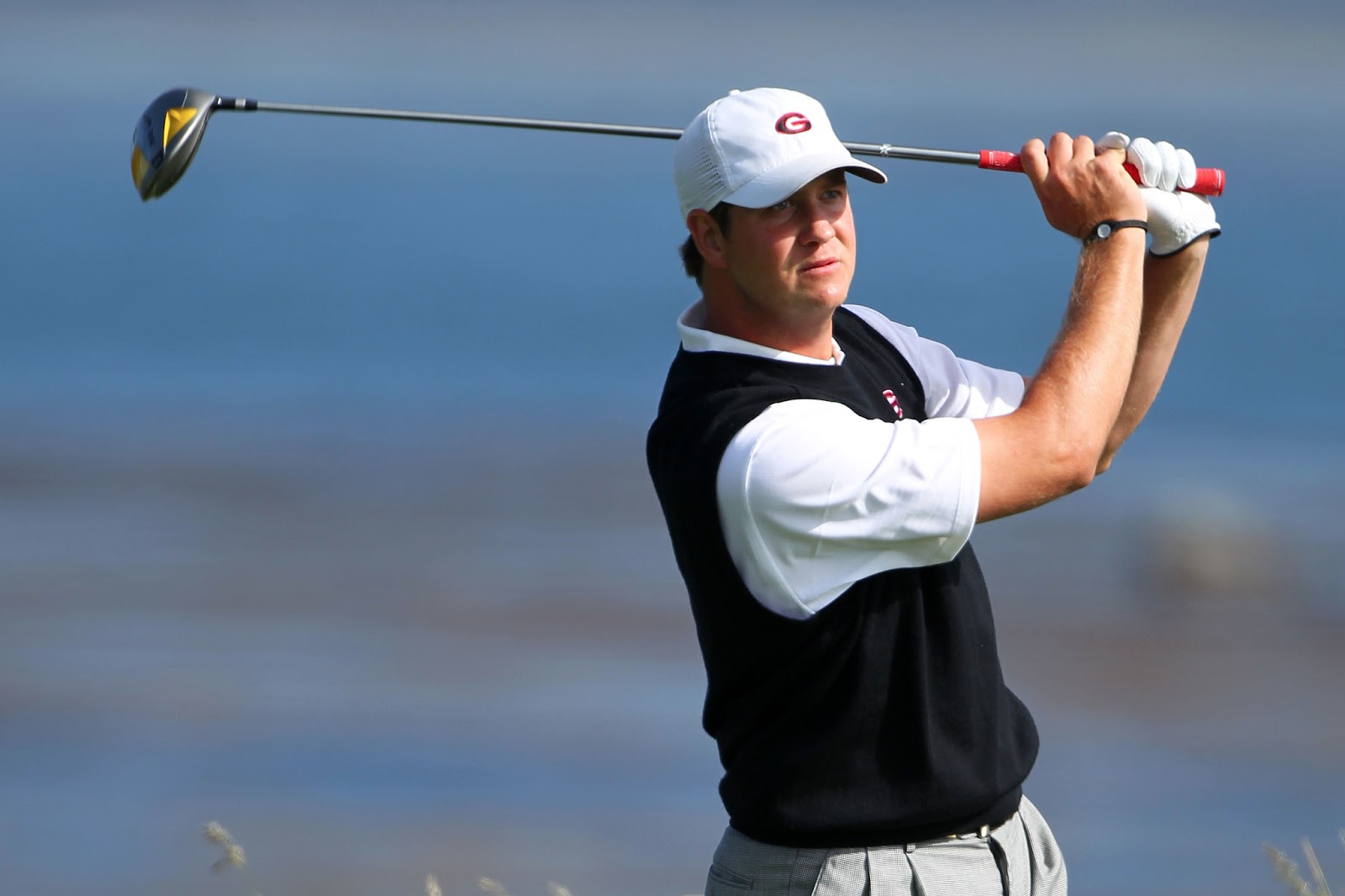 Things were looking too easy for Hudson Swafford early Sunday afternoon at the Corales Puntacana Championship.

Pushing for his second PGA Tour victory, Swafford couldn’t have had a better start as he went five-under on the first nine holes, courtesy of three birdies and an eagle.  He was 20-under and totally in command.

But winning doesn’t come that easy, especially when you’ve only won once and that win came three seasons ago.

The former University of Georgia golfer was fine until he got in trouble at the 13th, took double-bogey and fell back to 18-under.  Another bogey at the 15th and he was in trouble.  Up ahead, Tyler McCumber was on his way to a final round 66 and he posted 17-under, safely in the clubhouse.

At the 17th, Swafford hit a six-iron within three feet to get back to 18-under but had plenty of work when his putt for birdie at the final hole came up eight feet short.  He hit a solid putt and that clutch par handed him the victory.

It was huge for him, he had just two weeks remaining on a major medical exemption that bought him some time on tour.  He missed a lot of time during the 2018-19 season and had surgery in July of 2019 to repair a broken bone in his right foot.

“And that’s what I do for a living is walk,” Swafford said. “Ended up finding out I had a broken bone in the bottom of my foot that it had to be removed. They took it out. The bone was dead. I felt like I had just gotten confidence back and then that setback was there.

But now he’s back on track with a full two-year exemption and an invite to the 2021 Masters and a spot in the Players Championship.

McCumber finished solo second at 17-under.  Mackenzie Hughes was solo third at 16-under.

Overnight leader Adam Long got off to a rough start and would finish with a 75 that dropped him into fifth place at 14-under.

Will Zelatoris, the top player from the Korn Ferry Tour, finished with a seven-under par 65 that earned him a tie for eighth and a spot in this week’s Sanderson Farms Championship.

The lads at Golden Age Auctions have got quite a business going these days.

Their most recent auction closed out this past week and the star of the show was was Tiger Woods “backup” putter from 2001 and it sold for a staggering $159,928.

According to Scotty Cameron, he’s made at least one or two “backup” putters for Tiger every year in case something happens to Woods’ “old reliable.”

Here’s the description from Golden Age on this one:

Offered here is one of Tiger Woods’ actual Scotty Cameron Newport II putters from 2001 – produced by Scotty for Tiger himself in the midst of the Tiger Slam. Now, this was not the putter that Tiger used to win 14 of his 15 Major Championships; that putter is still owned and frequently used by Tiger. Golden Age’s Ryan Carey was interviewed last year for a piece on the Golf Channel with Tiger, and Ryan valued that putter at $3 million-$5 million. The offered putter is what’s famously known as a Tiger Woods “backup” – a putter produced for Tiger to practice with and experiment with should he decide to switch putters, or should something happen to the original putter and a backup needed to be called into duty. According to Scotty Cameron, he only produced 1 or 2 “backup” putters for Tiger each year they worked together. Tiger would often try out the backups, and even practice with them to ensure they were to his liking, but (so the legend goes) Tiger only used his one trusty gamer in actual tournament play.

As you can imagine, since only a small handful of Tiger Woods Scotty Cameron backup putters were ever produced, even fewer have left Tiger’s orbit and reached the collector market. Surely any Tiger Woods putter is highly valuable, but offered here is an actual putter of Tiger’s from 2001 – when Tiger’s career was at its peak. The most recent Tiger Woods backup putter to reach the auction block was early 2019 when we sold a different variation for $88,809.

Tiger Woods backup putters often vary slightly from his famous original. For instance, some are stamped “T.W.” on the toe; others are produced in a later style or have slightly different lines or are missing the sight dot; many have a Scotty Cameron grip that Tiger himself has never put into play. But the offered example is a true backup to Tiger Woods’ legendary gamer. His exact specs, his exact stamping – even Tiger’s preferred PING grip.

Note in their description that Tiger’s “real” putter has been estimated at $3 to $5 million — we think that’s a bit low, if it were ever to go up  for auction, it would go north of $5 million.