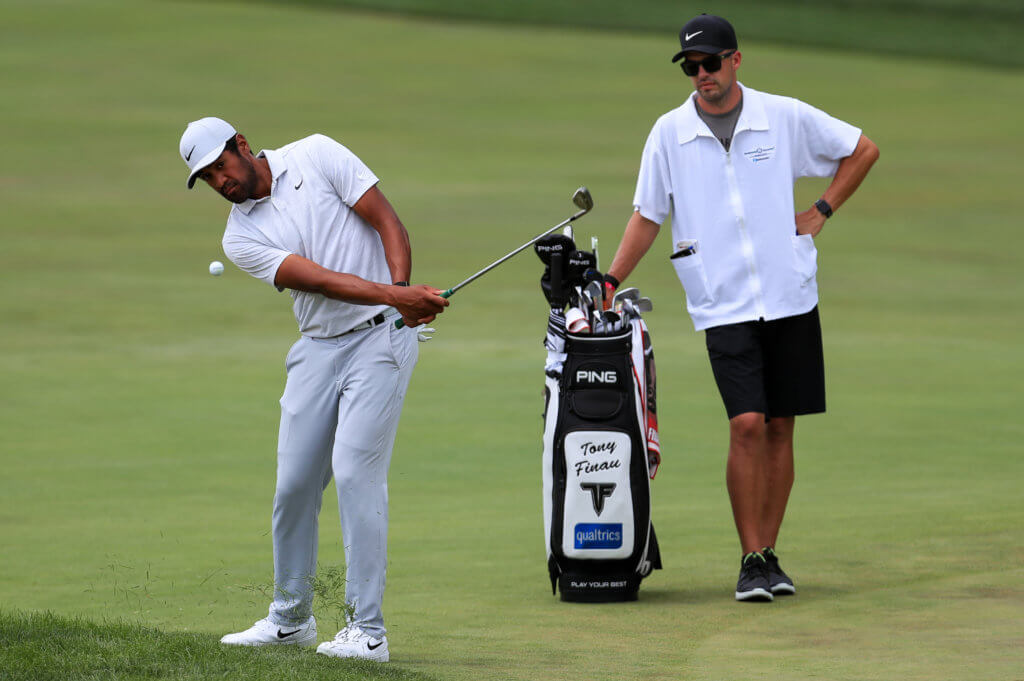 Tony Finau Is Talent-Rich — So Why Doesn’t He Win?

There is so much to like about Tony Finau.

His talent level is off the charts.  He can launch it (when he wants) as far as Rocket Man (aka Bryson DeChambeau).

He came from a very humble background, which means his family didn’t have a lot of money.  He wasn’t a college hot-shot.  He turned professional at the tender age of 17, which means he’s been at it for nearly 14 years now as he’ll turn 31 in September.  He’s no spring chicken by today’s standards given what the Colin Morikawas, Matt Wolffs and Viktor Hovlands have accomplished.

He paid his dues at places like the Gateway Tour, Hooters Tour and National Pro Tour — mini-tours where guys basically play for the money the players put up with their entry fees.

Tony and brother Gipper first got our attention back in 2009 when they took part in The Golf Channel series — The Big Break.

In 2014, Tony went to the Web.com Q-School and tied for third, earning his playing privileges on the PGA Tour’s Triple-A farm club.  He finished eighth in regular season points, 12th in the finals and had a win at the Stonebriar Classic on his resume.  He headed to the PGA Tour for the 2014-15 season.  Didn’t take him too long to get a win and that came at the 2016 Puerto Rico Open, an opposite field event.

His play got better and he began to move up in the World Rankings.

He started to gain entry into major championships.  He’s been in five PGAs, four Open Championships, four U.S. Opens and has twice played in The Masters.  His first top 10 came in 2015 when he tied for 10th at the 2015 PGA.  He was fifth at the 2018 U.S. Open and in 2019, looked like he was on the verge of a breakout season when he tied for fifth at The Masters with a bum ankle then finished third at the Open Championship.

Tony Finau was gaining star status.  He broke into the top 10 in the world, today he’s 17th.

But here’s where things get a bit puzzling when you peel back the layers.  Finau hasn’t won since that 2016 triumph in Puerto Rico.

We’re seeing his name at or near the top of scoreboards on a regular basis.  And that was the case last week at The Memorial.  After rounds of 66-69, Tony was at  the top, perhaps ready to win a really big event.  Over the first 36 holes he made 14 birdies, a few bogeys and not a single double-bogey.

Over the final 36 he shot 73-78, recorded just seven birdies and suffered four doubles.

What is it about prime-time that causes Finau to go backwards these days?

The first fallout from last week’s rotten weekend at Muirfield Village came when, surprisingly, Finau parted ways with longtime caddie Greg Bodine.  Bodine’s been with him from the beginning.  He’s been good enough to help Tony earn north of $18 million on the PGA Tour but now it’s time for a change?

Tony was at it again during Thursday’s first round, a really nice six-under par 65 and a share of lead from the morning wave.  By day’s end, he was just two back of leader Richy Werenski.  Finau’s only mistake of the day came on the short (391-yard) seventh hole where he had just 105 yards in.  He flew the green and took three to get down from the hairy stuff behind the green — his only bogey — but that is one of his issues — distance control when the heat is on.

Tony has a few glaring weaknesses — course management and his overall short game.  Both of those can improve with the right people working with him.

He has his swing coach — Boyd Summerhays — on the bag this week.  But a caddie won’t make that much difference.  Just ask Jason Day who thought Stevie Williams could bring him back.

In the big picture, Tony Finau is still an unpolished gem.

He just needs the right people to get in there and apply the right polish — the kind that brings wins.

With that great start on Thursday, he’s looking at another great opportunity to win.  This field can’t hold a candle to the Memorial roster.  There aren’t many big names who can threaten him on the weekend.

Time for Tony to step up and win.