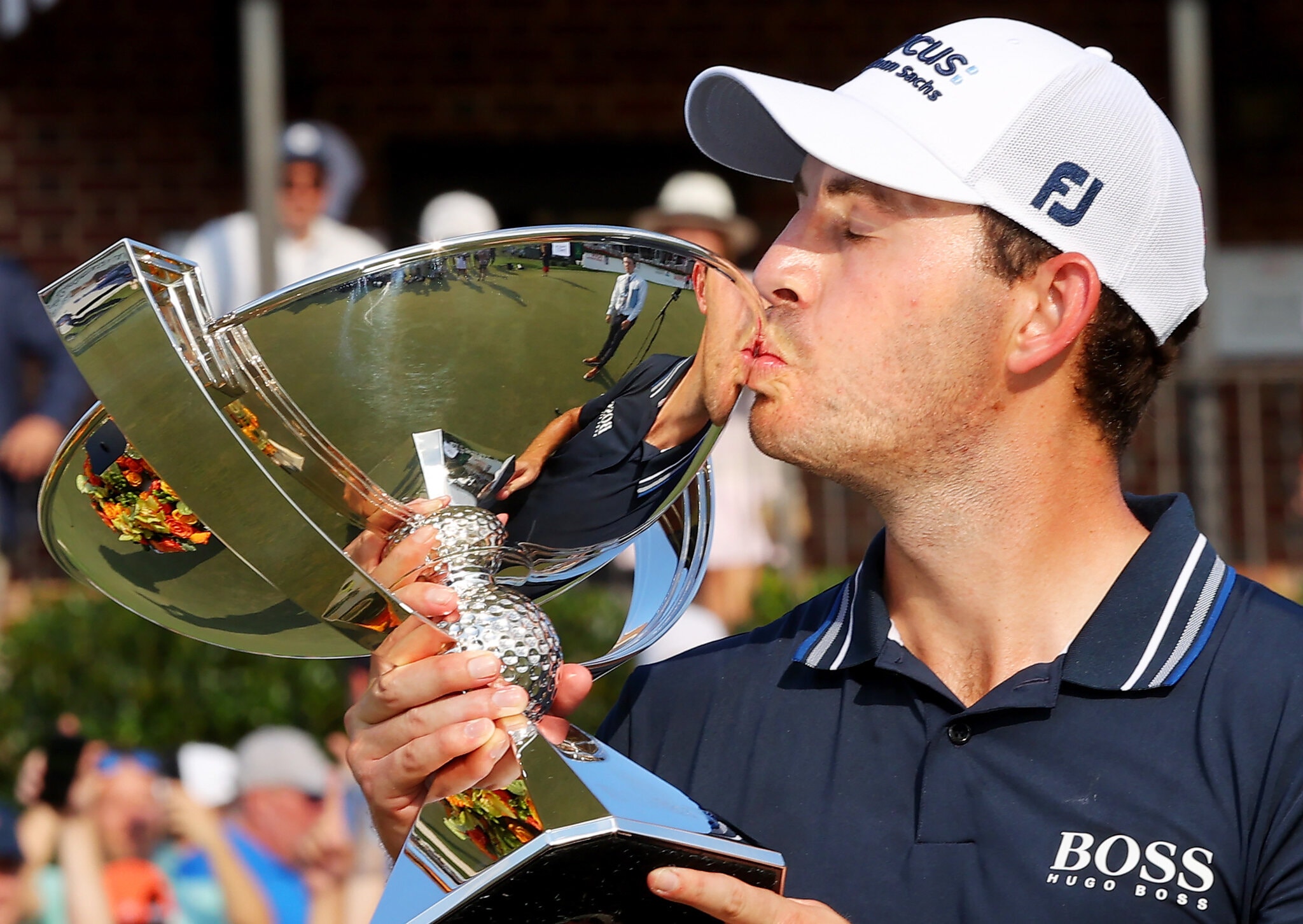 Patrick Cantlay may be the coolest man when under the gun on the PGA Tour and it showed all afternoon Sunday at East Lake as the poker-face ball striking machine outlasted the world’s No. 1 player, Jon Rahm, and captured the PGA Tour’s version of the Super Bowl — the FedEx Cup.

But wait, those numbers don’t add up.

Here’s what the scoreboard looked like, if, you know, this was an actual PGA Tour event where, you know — low score wins.

If it were an actual “low gross” competition and not “low net” — Rahm and Kevin Na would have been headed back up 18 for a playoff.

But no, Cantlay is your wire-to-wire 2021 Tour Championship winner and the overall FedEx Cup holder and $15 million will be wired into his account today.

“Patrick played great golf, and he was four shots ahead of me. And even though I might have been the better man over the week, he earned it,” runnerup Rahm said. “That up-and-down after missing from 17,  the second shot from 18 to almost make it is even more impressive.  “I think you can say he won this.”

Yes, by the head-scratching variation from the old standard “low score wins,” that is used in every other Tour event (except that Modified Stableford nonsense), Cantlay did win, he edged Rahm by a shot and Patrick needed everyone of those 10 shots he started with.

Rahm, whose putter let him down a bit on Sunday, tried his best but made up only three of the four shots he spotted Cantlay and when a guy like Cantlay is in the zone, that’s way too many.

Despite the “low net” format, it was still pretty testy and dramatic down the stretch.  Cantlay led Rahm by a shot until he stuffed his approach to the 16th within six feet and made it for birdie to get to 21-under and led by two with two to play.  But at 17, a really poor second left Cantlay with a near-impossible up-and-down and he made bogey.  Rahm, on the other hand had a great look for birdie from 11 feet but failed to convert — it was his afternoon theme — his putter let him down.

Rahm had one last gasp after he hit a perfect second to 18, the closing par five that settled 18 feet from the cup on the short fringe — great look at eagle.  But Cantlay, under the heat, hit an incredible second that stopped just 11 feet under the hole.  “I had a feeling I needed at least birdie.  I told myself he (Rahm) was gonna make that chip (for eagle) — he does stuff like that.”

But Rahm’s chip was just off the mark.  Cantlay hit a layup putt that left him six inches for $15 million and he didn’t wait for Rahm — tap in for the win.

“I played consistent all year and kinda caught fire at the end,” Cantlay said after the huge win, his biggest.  He went back-to-back, taking the BMW then this one — a surefire path to fifteen million big ones.

“As tough as the tough times were,” Cantlay pointed out, “they made me who I am.”

And this 2021 FedEx Cup winner is the Tour’s version of Cool Hand Luke.