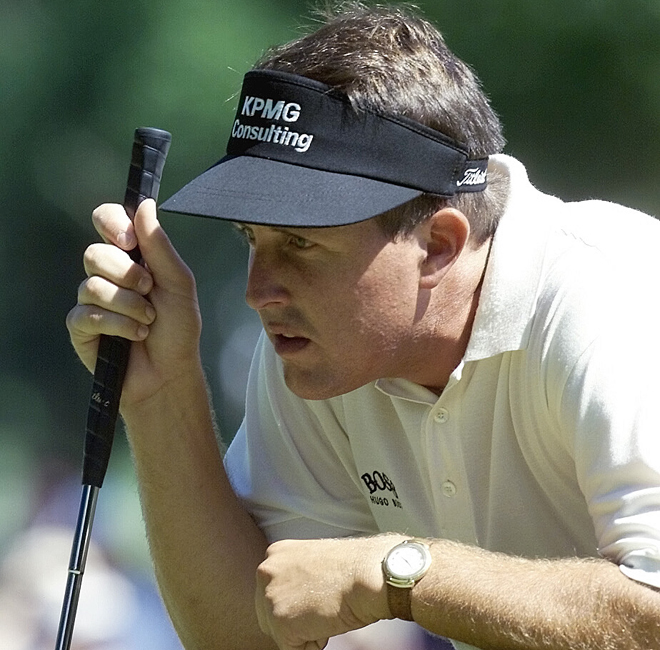 Phil Mickelson was a fresh-face 30-year-old the last time he played in the TOC.

Just 11 short days until the 2022 season cranks up with the elite-field Tournament of Champions at Kapalua and there’s a big name showing up for the first time in 21 years.

Yes, believe it or not, Phil Mickelson is returning to the islands along with a star-laden field for this upcoming 2022 version of the season-opening winners-only event.

The last time Mickelson played in the Tournament of Champions was 2001.  And Lefty’s appearance in less than two weeks means that all the major championship winners from 2021 will be in the field.

Mickelson won the 2021 PGA Championship at Kiawah’s Ocean Course.  In the process, he became the oldest player ever to win a major championship.  Lefty was just two weeks short of his 51st birthday, blowing away the record held by 48-year-old Julius Boros.

Masters champion Hideki Matsuyama, U.S. Open winner Jon Rahm and The Champion Golfer Of The Year — Collin Morikawa — will all be at Kapalua.

There’s another big name who has been in hibernation for a few months — Patrick Cantlay.  The 2021 FedEx Cup champion will (finally) be back in action after three-month hiatus.  Cantlay hasn’t played since the Ryder Cup matches.

Given the wide fairways at Kapalua, naturally Bryson DeChambeau is playing.  Should be a fun course for Bryson.

In all, there are 40 players eligible for this 2022 season-opener.