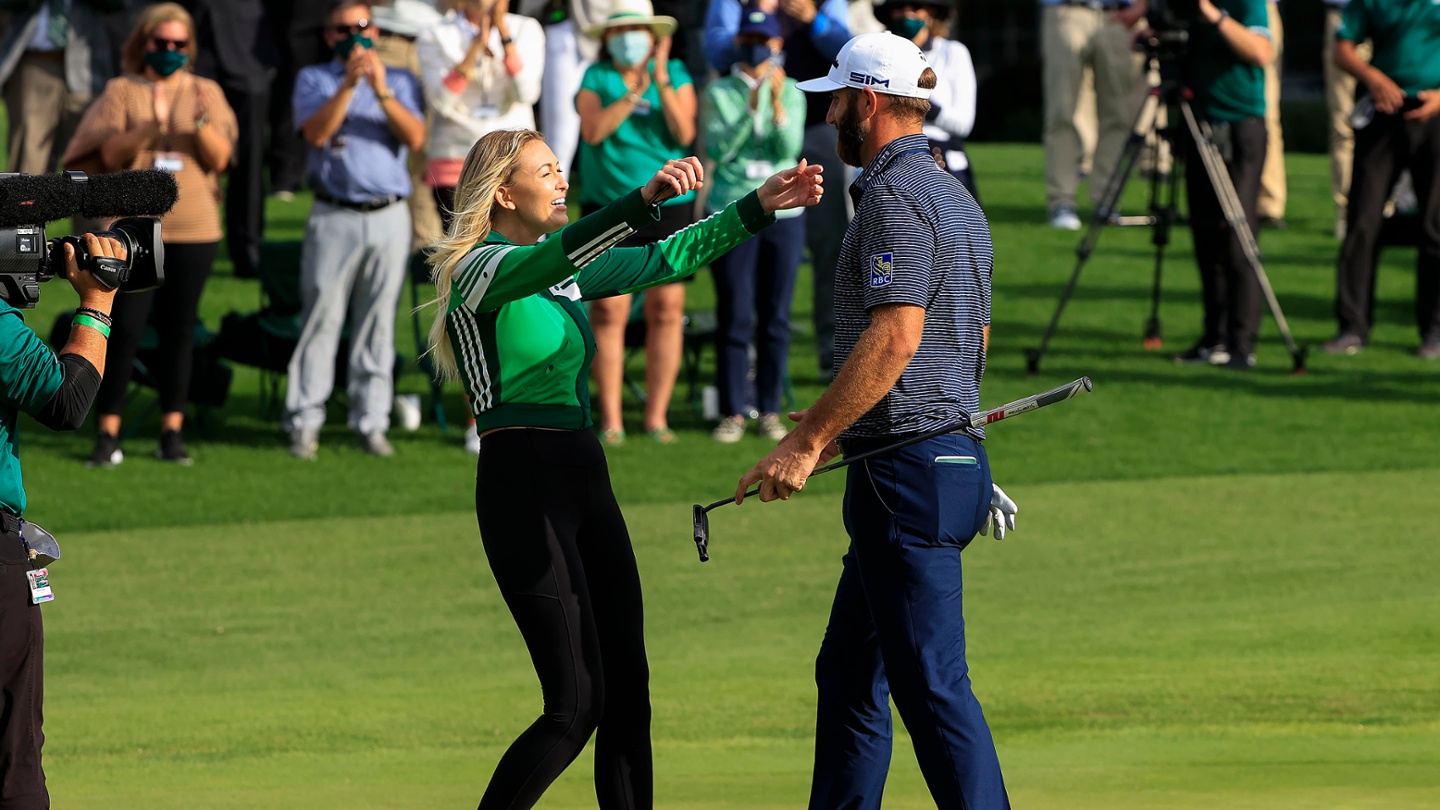 Johnson’s second major and 24th victory didn’t come easy.  By his own admission, D.J. was nervous all day and he was pushed early and often by newcomer Sungjae Im and Aussie Cameron Smith.

Johnson started the final round of this unusual November Masters with a four shot lead and he saw that margin shrink to one by the time he walked off the fifth green.  He had just made back-to-back bogeys and up ahead, Smith had pulled within a shot.  But Johnson responded like you’d expect the No. 1 player in the world to respond.  He stuck his tee shot at the downhill par three sixth within six feet and made the crucial birdie putt.  “I bogeyed four and five, I didn’t let it bother me,” explained Johnson, who rarely lets anything bother him in the course of a round of competitive golf.  “I hit a great shot into six and that settled me.  I was nervous all day, I felt it all day.”

That birdie got him back to even par for the day and he was where he started at 16-under par.  After missing fairways at the first, second and fifth, Johnson got back into his Superman mode and went to work and did he ever.

D.J. picked up another birdie at the par five eighth, made the turn one-under, 17-under for the tournament, then began to outplay Im and Smith over the final nine holes.  He was rock-solid through Amen Corner with three pars to start the final nine and the old saying held true that The Masters truly starts on the back nine on Sunday.  He slammed the door on his challengers with birdies at 13, 14 and 15.  He showed his versatility by making birdies on the par fives after lay-up shots.  By the time he rolled his third in from inside 10 feet at 15, he was at 20-under for the tournament, wiping out the scoring record set by both Tiger Woods (1997) and Jordan Spieth (2015) with two shots to spare.  He put his remarkable game in cruise control, finished with three straight pars for a closing 68 that went on the end of rounds of 65-70-65 and added up to that historic 20-under Masters record for 72 holes.

“I played unbelievable golf all week,” Johnson conceded.  “This is the one I wanted most.  It still feels like a dream.  Having Tiger (Woods) put the Green Jacket on you still seems like a dream,” said Johnson a son of the South, raised in nearby South Carolina.  “I’ll remember this for the rest of my life.  To have the record is a great honor.  I don’t know what to say.”

Johnson was unflappable all day.  He never broke stride, never showed any frustration over those early holes when he found himself one-over par to start his round after the back-to-back bogeys.  Those were two of the only four bogeys he made in 72 holes, another Masters record.  Jack Nicklaus and Jimmy DeMaret recorded the previous record of five in 72 holes.

D.J. made a point to say how special it’s been to have his brother, Austin, on the bag.

“Unbelievable to experience this with my brother,” he said.  “There’s no one else I’d ever have on the bag.”

And as Tiger Woods finished reaching up and slipping the Green Jacket on D.J., Ridley looked at the new champion and declared:  “We’re very happy for you.”