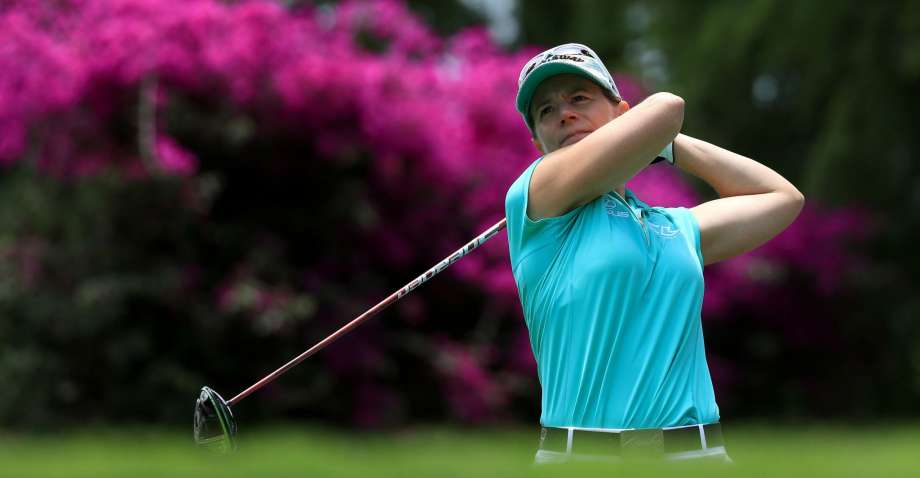 Annika Sorenstam will play on her home course, Lake Nona.

Annika Sorenstam got back in the swing of things last month, playing as a celebrity in the LPGA’s Tournament of Champions.

In two weeks, she’ll tee it up as an LPGA player at the Gainbridge event on February 25.  The next LPGA stop will be played on Sorenstam’s home course — Lake Nona, outside Orlando.

Sorenstam announced Tuesday that she will compete in the season’s second event.  This will mark her first competitive start on the LPGA Tour since she retired to start a family back in 2008.

“Thirteen years is a long time to not compete,” Sorenstam said.  “We reached out to the LPGA to see if I was even exempt and learned there are four spots for Hall of Famers each week.”

“They had to explain how to register,” she added.  “I’m thankful to be able to play.”  The Tour moved the event from its first location in Boca Raton to Lake Nona, where Sorenstam lives in a home on the golf course in the luxury community where many PGA Tour players call home.  “It is literally in our backyard,” said Sorenstam.  “We look at the 16th hole and our kids and lots of members have urged me to play. I thought, why not? I need to practice. If the tournament wasn’t here, I wouldn’t be playing.”

Sorenstam had 72 wins, 10 of them major championships during  her Hall of Fame career.

Major League Baseball Deals With Its Own Distance Issue:

Apparently golf isn’t the only sport with distance issue.  Major League Baseball is reportedly going to alter its baseballs after a surge in home runs over the past six years.

MLB anticipates the changes will be subtle, and a memo to teams last week cites an independent lab that found the new balls will fly 1 to 2 feet shorter on balls hit over 375 feet. Five more teams also plan to add humidors to their stadiums, raising to 10 of the major league’s 30 stadiums expected to be equipped with humidity-controlled storage spaces for baseballs.

The makeup of official Rawlings baseballs used in major league games has come under scrutiny in recent years.  A record 6,776 homers were hit during the 2019 regular season, and the rate of home runs fell only slightly during the pandemic-shortened 2020 season — from 6.6% of plate appearances resulting in homers in 2019 to 6.5% last year.

A four-person committee of scientists commissioned by the league concluded after the 2019 season that baseballs had less drag on average than in previous seasons, contributing to the power surge. Their report blamed the spike in part on inconsistencies in seam height.  Baseballs are hand-sewn by workers at Rawlings’ factory in Costa Rica.

The league mandates all baseballs have a coefficient of restitution (COR) — essentially, a measure of the ball’s bounciness — ranging from .530 to .570, but in recent years the average COR had trended upward within the specification range.

A memo from the commissioner’s office read:

“In an effort to center the ball with the specification range for COR and CCOR, Rawlings produced a number of baseballs from late 2019 through early 2020 that loosened the tension of the first wool winding.”

The memo  explained that the change had two effects — reducing the weight of the ball by less than one-tenth of an ounce, and also a slight decrease in the bounciness of the ball as measured by the COR and CCOR.

Research conducted by Rawlings says the balls will be centered more in the midpoint of the established COR range, which is from .530 to .570 with a midpoint around .550.

MLB anticipates the changes will be subtle, and a memo to teams last week cited an independent lab that found the new balls will fly one to two feet shorter when hit over 375 feet.

Food for thought for the USGA and the R&A.

The LPGA Tour has finally done the right thing.

Earlier this week, the Tour announced a list of rule changes for this season — including one that’s been long overdue.

Sophia Popov won last summer’s Women’s Open, but because she had only Symetra Tour status, she was unable to collect official points and money.  She was not allowed to compete in the year-ending Tour Championship and only received a two-year Tour exemption, which begins this year.

The announced rules change will allow non-member winners to count official money and points earned from that tournament toward season-long races. Starting this season, the LPGA is using its CME Globe Points list to determine status for the following season.  Non-member winners will now also receive five-year tour exemptions and be allowed to tee it up in the next week’s event, another thing Popov and U.S. Women’s Open winner A Lim Kim, another non-member winner, couldn’t do a year ago.

“It’s awesome that they changed these things,” Popov said when she heard about the changes.  “I figured they wouldn’t make it retroactive for me. That they would change the rule in general so it wouldn’t happen to girls after me — it’s all really just common sense to be honest, to me.”

Other rule changes include the return of mandatory caddies and local qualifying for some LPGA events, and a new pace-of-play policy that will begin at the Kia Classic.