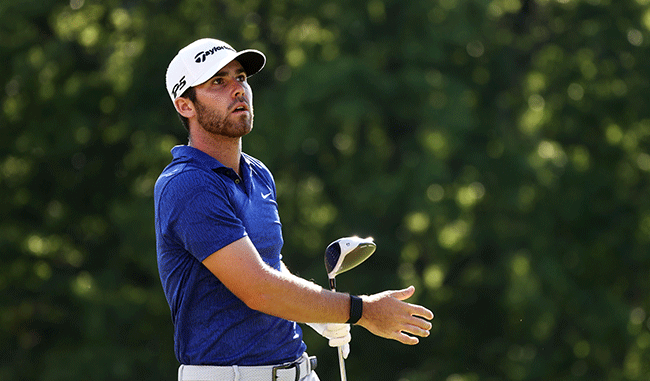 Matthew Wolff's game has gone to hell in a hand-basket.

Six months ago Matt Wolff was finishing runner-up to Bryson DeChambeau at the 2020 U.S. Open, looking every bit the Tour’s fastest-rising young star.

Wolff is in trouble — big trouble.  Not only with his swing but you have to figure his mind is one giant ball of confusion.

Last week he and partner Collin Morikawa were absolutely awful for two days at the team event in New Orleans.  All they could manage playing best-ball was a two-under par 70 and when they had to go alternate shot, well, it was a disaster at best — 77.

Granted, Morikawa’s in trouble with his putting stroke still hiding somewhere in San Francisco where he won the PGA but Wolff, well, that’s a horse of a different color — a pale horse.

Wolff shot 78 and promptly went WD at The Farmers.  At the WGC=Workday event in Bradenton, he shot 83 and once again went WD in an event where there was no cut.  Seriously?

Then at The Masters he was going to miss the cut thanks to rounds of 77-79 but was disqualified for signing an incorrect card.  Worst thing you can do at The Masters, just ask Roberto De Vincenzo.

Did we mention that young Mr. Wolff is 212th on the Tour in scrambling?  How about 202nd in Strokes Gained around the greens?

Right now Wolff’s game is one hot mess and that’s probably being kind.

Wolff cited some sort of wrist injury at the WGC, but truth be known, he was in trouble long before there was any indication of any sort of injury — real or imagined.

He’s not in this week’s field at The Valspar — good thing.  He might not even find his way to the course — that’s how far off-track he is.

What’s going on with him is a bit of an unknown.  He didn’t talk to anyone after The Masters embarrassment.

Morikawa saw it first-hand last week and he’s not talking and it not in this week’s field.

Wolff bought a house in Jupiter but found himself missing some of his old college buddies and bought another one in Stillwater, where he went to school at Oklahoma State.

If Wolff were a stock, his price would be crashing.

Where he goes from here, only Wolff knows.  Truth be known, someone needs to throw this kid a life preserver — in a hurry!