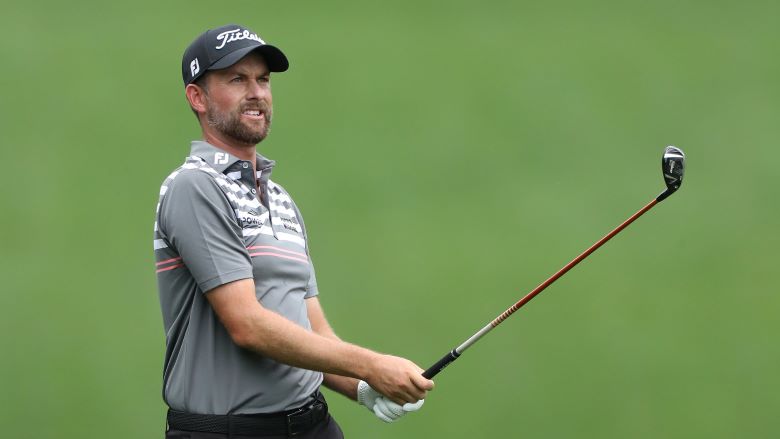 Webb Simpson went low with a 64 on Friday.

Don’t look now Jon Rahm but your world No. 2 ranking might be in jeopardy.

Webb Simpson made his presence felt during Friday’s second round at the Rocket Mortgage Classic.  The former U.S. Open champion shot an eight-under par 64 and is tied at the top with comeback kid Chris Kirk.

Simpson let some opportunities get away, however, as he birdied just one of the four par fives on the Detroit Country Club layout.

“I hope I can turn the par five performance around this weekend,” Simpson said.  “But it shows I’m making birdies on the par fours.”

Simpson noted that although he hit good drives on the two back nine par fives, his second shots weren’t that good.  “I didn’t hit good seconds into either and made pars,” he said.  “Kind of a bummer.”

Simpson, if he were to win on Sunday, would jump into the No. 2 spot in the Official World Golf Rankings.  He’s currently sitting at No. 6.

He will play with Kirk on Saturday in the final group.  Kirk, who won two weeks ago on the Korn Ferry Tour, kept his good karma going after rounds of 67-65.

There’s a logjam of a half-dozen players a shot behind them.

Bryson DeChambeau added a 67 to his opening 66.  Matt Wolff is there at minus 11 with him.  Wolff’s 64 tied Simpson for the day’s low round along with Ryan Armour.

The scoring was once again low and the 36-hole cut came at five-under par.

Rickie Fowler broke his slump, barely.  He’s in for the weekend sitting at six-under.

A number of big names didn’t make it to the weekend.  Patrick Reed missed his second cut in four events.  Bubba Watson went home early as did Jason Day and once again, senior citizen Vijay Singh failed to make it to the final 36.

Defending champion Nate Lashley won’t be around either.  He finished four-under and missed by a shot.